IAN LADYMAN: Too much dishonesty, too much money… too much of this is fake – Doha looks and feels empty and no amount of cash can buy authenticity for the Gulf’s first World Cup which has been built on exploitation and cruelty

Television executives are not stupid. They know how to make something feel and look right.

That is why the stretch of ground in Doha that stands between the Souq Waqif and its huge adjacent mosque currently caters for a row of seven or eight TV studios.

As the world turns on its televisions to watch the Gulf’s first World Cup over the next four weeks, these are the things they will see as its backdrop.

On Friday morning, at 11.18am, the second call to prayer of the day rang out across the empty streets and alleyways of a traditional market thought to be at least 100 years old.

But when it stopped, a rather more monotonous, persistent sound took its place. The sound of a cherry-picker putting the final touches to World Cup 2022 decorations on the nearby waterfront. 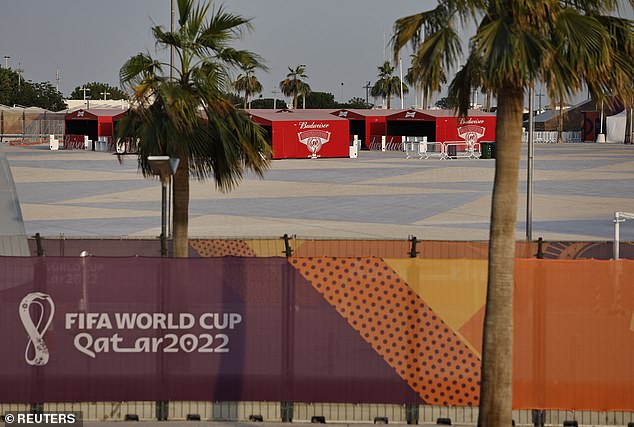 Doha’s World Cup is not about celebrating its past or its traditions. It’s about a future, a search for global standing. That is why so many millions of pounds have been thrown at a sporting event that already looks and feels like no other.

Qatar had been determined to present the world with something different from the start and here, at last, it is. A World Cup controversially won 12 years ago and subsequently built on exploitation and cruelty begins here on Sunday and the truth is that nobody yet knows how on earth it is going to play out.

Walking around Doha on Friday and taking the city’s superbly efficient subway network to three of the eight stadiums clustered in and around Qatar’s capital was to feel a little like being lowered from the sky into the world’s largest theme park.

Nothing here feels particularly real. Everything has been shined and polished like a new shoe. Across the bay from the old part of town stands the Pearl, a monument to Qatari wealth, its £1,000-a-night hotels pointing skywards. Out of reach to most but not out of sight.

On the Corniche, the long pedestrian walkway that borders the city, workers ambled about looking to pick up litter that simply didn’t exist. Why would it when nobody really seems to be here?

If the world’s football supporters really are on their way to this tiny state that looks from the sky as though it’s about to be nudged into the Arabian Gulf by Saudi Arabia, then they have not arrived yet. 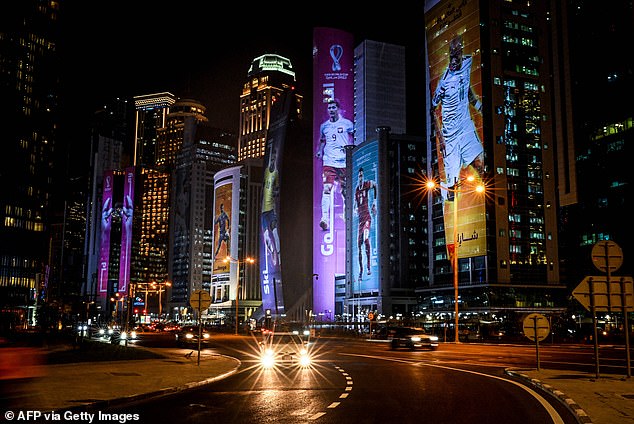 With temperatures already north of 30°C Friday morning, a group wearing Argentina shirts sought shade beneath a huge skyscraper carrying an image of their own Lionel Messi. Across the Corniche by the water, a small boy wearing a Brazil shirt kicked a ball about with his father.

In truth, they all looked like they were locals. There was no sense whatsoever that the greatest football show on earth was about to begin. Doha certainly looks and feels ready. It also looks and feels empty.

Further north, on the subway out of the capital, the train suddenly emerged from darkness into light and the host venue for the 2022 World Cup final loomed into view. The remarkable 80,000-capacity Lusail Stadium is the showpiece of Qatar’s World Cup. From a distance, it looks rather like a giant breakfast bowl nestling in the dust. Up close, it shimmers gold in the sunshine.

Next Tuesday, Lusail will host the first of its 10 World Cup games. Messi and Argentina will face Saudi Arabia there.

This is a stadium that does not possess character. But then this World Cup was never about that. It was always about modernity and Doha does all that brilliantly well. Qatar’s big sell — its only sell given the restrictions on actually trying to enjoy yourself out here — was always its uniqueness. This is a World Cup of unrivalled accessibility.

Doha’s subway shoots north to south and east to west at high speed. It’s new and expensive and feels that way. And it works. 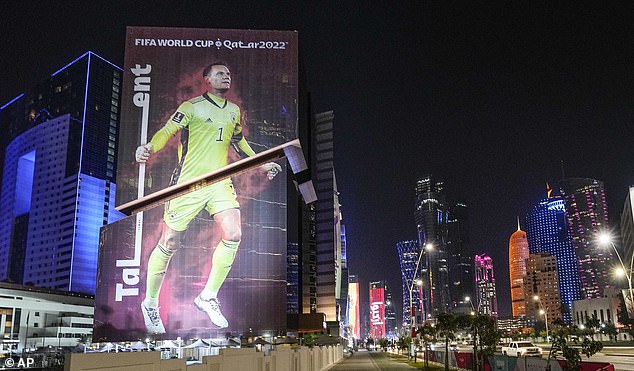 The journey from the Lusail to Stadium 974 — built from that exact number of reclaimed shipping containers — nestling by the water 25km away took about 40 minutes with one change. Back up into town to the Education City Stadium was another 20 minutes at the most.

Who will be present at these admittedly impressive stadiums on match day remains to be seen. On Friday it was rumoured that match tickets may be available at short notice to help fill in some of the gaps.

There will not be many, though. There never are. FIFA always find a way to put bums on seats every four years but those who have travelled from competing nations to be here might be fewer in number than in previous years and it is not hard to see why.

Qatar is dizzyingly expensive. It’s also not as prepared to waver from its conservative Muslim traditions to accommodate visitors as many had presumed. 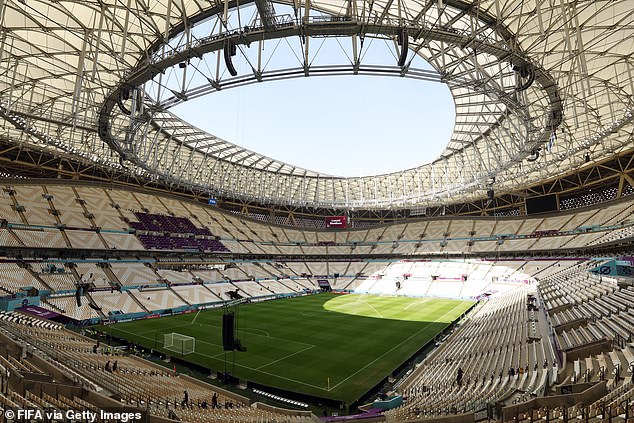 The 80,000 Lusail stadium that will host the final does not possess any character whatsoever 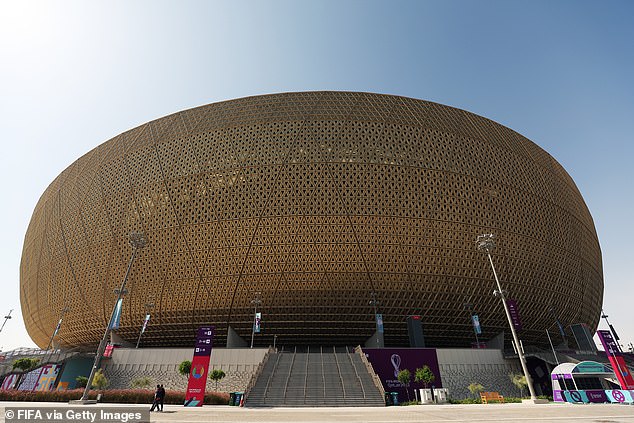 From a distance, it looks rather like a giant breakfast bowl nestling in the dust but up close, it shimmers gold in the sunshine

On Friday, for example, it was confirmed that it will not be possible to buy beer in and around the stadiums on match day after all. Those looking to drink will have to do so in the fan parks at a cost of about £12 a beer.

With all this in mind, it is to be hoped that the football, at least, is good. The climate here will play a part in that. It will be devilishly hot for the group games that kick off at 1pm (10am in the UK), but somewhat more tolerable from that point on. Teams will certainly benefit from so little travel.

Qatar vowed from the start to put on a World Cup that had everything but the biggest obstacle to all that was that money was never going to be able to buy authenticity.

The global spread of football continues and that is right. But this particular tournament has for so long carried a smell of much of what is wrong with our game. Too much money. Too much dishonesty. Too much fake.

Qatar was always confident that it could wipe all that away once the football actually started and it may yet manage it. It will doubtless all look rather lovely on the TV screen.