Chelsea: Should Lampard be given more time to succeed?

Frank Lampard’s job is by no means safe and the Chelsea boss will have to up the ante if he is to remain at Stamford Bridge next season. The Blues are still targeting a top-four finish and some silverware this term, while the board remain committed to their long-term vision.

Should they fall short, Roman Abramovich is likely to invest more funds into the squad this summer as they look to close the gap at the top of the Premier League. With that in mind, here is a look at some of the names that could arrive at Stamford Bridge.

The deal is likely to hinge on whether Lampard remains at the club.

That’s because Lampard is a big fan of the England midfielder and is the main reason Chelsea hold an interest in his services.

He will not come cheap though, with West Ham set to demand up to £80million for the defensive midfielder.

The Blues may have to offload Jorginho to help raise the cash, while other fringe players will also be pushed towards the exit door. 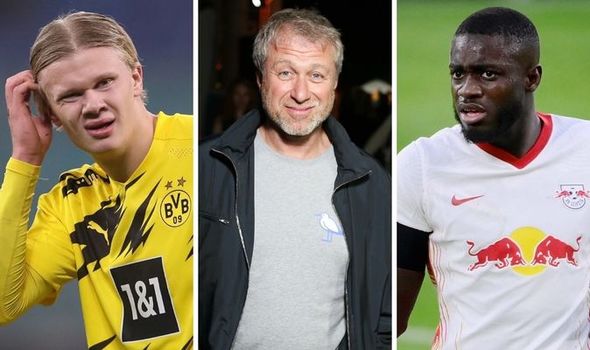 Chelsea are unlikely to be the only club in pursuit of Haaland when the transfer window opens this summer.

Unfortunately for the Blues, his £68m release clause does not become active until 2022.

However, Haaland has previously revealed his admiration for Chelsea boss Lampard growing up and the chance to work with him may appeal to the Norwegian.

Any move for the Borussia Dortmund talisman is likely to spell the end of Tammy Abraham’s time at the club.

Olivier Giroud’s long-term future in west London is also unclear though and there is still room for a new No 9 to take centre-stage given Lampard’s indecisiveness this season.

Zakaria is likely to be an alternative to Rice, as opposed to an additional target.

He is a box-to-box midfielder in a similar mould to N’Golo Kante.

His contract runs until 2022 and does not have a release clause. 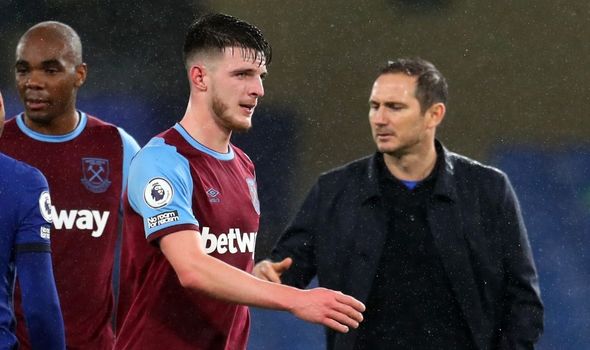 Chelsea have maintained their contacts at RB Leipzig following a swift conclusion to the deal to sign Timo Werner.

It bodes well in their pursuit of Dayot Upamecano and reports in Germany claim the Blues are seriously interested in the defender.

Upamecano is also attracting attention from the likes of Liverpool, Manchester United and Bayern Munich.

But the Blues will have the chance to pounce when his £36million release clause comes into play next summer.