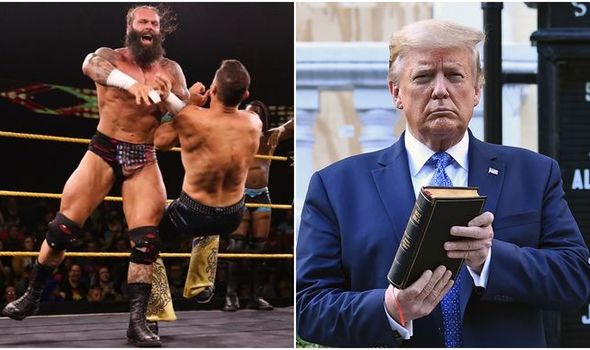 Jaxson Ryker has been criticised by fellow WWE superstars for his tweet supporting president Donald Trump during the protests condemning the killing of George Floyd. Floyd died while being restrained by Minneapolis police with a video showing an officer continuing to press his knee against the 46-year-old’s neck while he was on the ground pleading that he could not breathe.

The tragic incident, which was declared a homicide in an official post-mortem examination, has triggered widespread protests as well as high tensions as a result of police killings of African Americans.

Trump has been criticised for his reaction as instead of opting for a diplomatic approach towards certain riots the outspoken US president took to Twitter where he warned protesters in Minneapolis that he would deploy the army and wouldn’t hesitate to order them to shoot if the situation escalated.

The 73-year-old received fresh criticism on Monday as police used teargas against peaceful protesters outside of the White House to grant him a photo opportunity with a Bible on his hand.

Ryker then took to Twitter where he appeared to be praising Trump in a post that is yet not certain if it was scripted and just part of his WWE character.

The former marine competes as part of The Forgotten Sons stable along with Steve Cutler and Wesley Blake where they perform as let down army veterans.

Ryker tweeted: “Thankful for the @POTUS we have! God bless America. Built of freedom. Forgotten No More.”

A number of WWE superstars slammed their colleague for his post, some of which were still not sure if the 37-year-old was in character or not.

Professional wrestling legend-turned-actor Dave Bautista – who wrestled as Batista – didn’t name Ryker but appeared to be referring to him with an explosive post.

Bautista tweeted: “I’m just keeping him nameless because he’s a sorry ass m**********r who I refuse to let ride my coattails. He gets no love from me. He gets no rub from me. And if he would like to discuss it in person we have enough mutual acquaintances that he will be able to find me easily.”

Kevin Owens acknowledged Ryker’s right to express his opinion but insists his decision to use a “s***ty wrestling catchphrase” is wrong.

Owens wrote: “The freedom you speak of entitles you to speak your mind all you want. I’m not here to argue that. I just really need to tell you that I think you pushing your s****y wrestling catchphrase as all of this is happening is absolutely f*****g pathetic. Good night.” 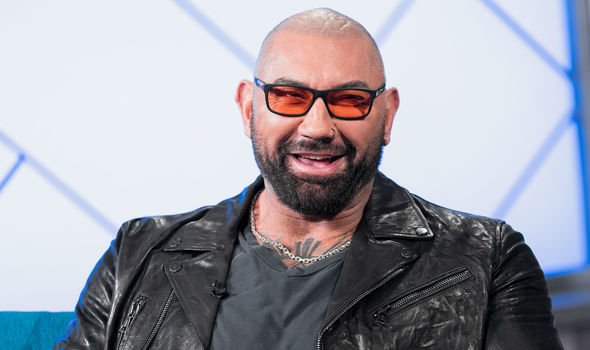 Ali tweeted: “I’m thankful you posted this because I’m now aware of what you stand for. When black brothers and sisters are crying, you praise someone that refuses to acknowledge their hurt.”

Ricochet hopes his former NXT team-mate didn’t really mean what he wrote and just did it as part of his gimmick.

The ex-US Champion posted: “I get you’re a “bad guy” on tv. And I’m HOPING that’s all this is. Even then, that ain’t it. But if this is actually your true thoughts – I’ll be really sad, man.”

Ryker’s partner Steve Cutler, who also served in the Corps, didn’t directly respond to his partner’s post but expressed his full support to the Black Lives Matter movement and paid tribute to Floyd.

Cutler stated: “Although I am part of a tag team while I wrestle, I am my own person with my own thoughts and beliefs. It pains me to see what’s going on in the world. I fought for the freedom of our country and ALL of the people who live here.

“It shouldn’t matter your race or however you identify, we are ALL human beings and ALL deserve to be equal. #JusticeForGeorgeFloyd.

“Regardless of my political views, I am not blind to the injustices that continue in this world. I have chosen to stay silent because I don’t know how to put into words the heartbreak I feel watching what is going on across our country.

“This is not what I fought for or what I believe America is. What I’ve liked & retweeted depicts otherwise. I wanted to take this time to express my feelings as silence does not help in this situation. I understand that I will never understand, However I stand. #BlackLivesMatter.”