During the bout the recently-crowned WWE Champion laid the British bruiser on the announce desk, climbed the ladder, jumped of it and delivered his rival a devastating Boom Drop that saw him crashing through the table and being momentarily knocked out.

Upon regaining consciousness The Scottish Psychopath thought he was in his bedroom surrounded by thousands of screaming people, according to Wrestling Inc.

But The Scottish Terminator quickly realised that he is part of a Money in the Bank Ladder Match and returned to the fight.

I remember waking up, wondering why thousands of people were in my bedroom

McIntyre told ViBe & Wrestling: “I was lying on the table when Kofi came off the ladder and landed on me.

“He landed on my chest and slid through, onto my head.

“I remember waking up, wondering why thousands of people were in my bedroom.

“I quickly got my bearings and remembered I was in a Money in the Bank Ladder Match. 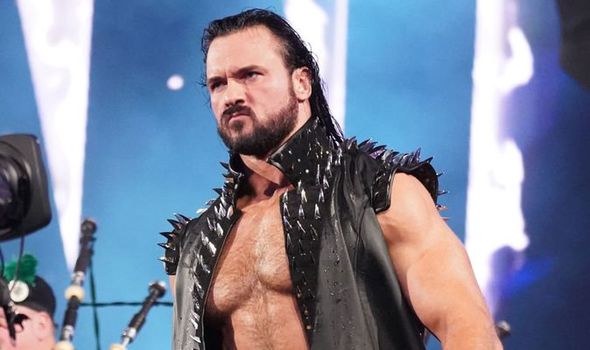 “But that was my first thought, ‘Why is everybody in my bedroom?’”

The Scotsman is considered by many to be the favourite to win the contract that will guarantee him a world title shot at any time or place he desires within the next 12 months. 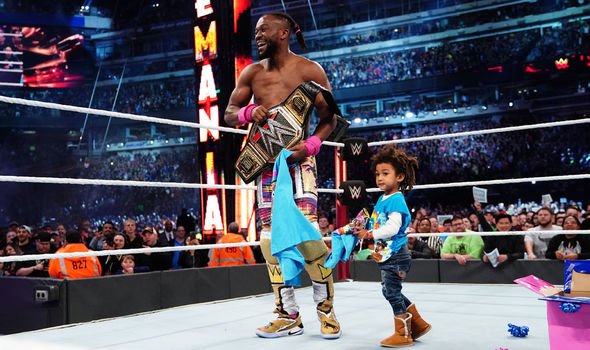 That means the ex-Intercontinental Champion will have the perfect opportunity to become the first ever British WWE world champion.

The match will take place at Money in the Bank on May 19 at the XL Center in Hartford, Connecticut.

Kingston will also be in action as he will defend the WWE Championship against Kevin Owens.