Cena was revealed as the newest member of the upcoming movie and joined the likes of Vin Diesel, Michelle Rodriguez and Jordana Brewster.

Not much is known about The Champ’s upcoming role in the action film other than he will be playing a “bad**s” amid his growing Hollywood career.

Cena was pictured with the likes of Vin Diesel, Tyrese Gibson, Nathalie Emmanuel, Ludacris, director Justin Lin, newcomer Anna Sawai and the birthday girl who posed with a cake.

The movie is expected to be released at some time next year.

Cena is not the first WWE superstar to play a part in the Fast franchise as he follows in the footsteps of Dwayne ‘The Rock’ Johnson, Ronda Rousey and Roman Reigns.

The Rock has been in Fast Five, Fast & Furious 6, Furious 7, The Fate of the Furious and upcoming spinoff Hobbs & Shaw, which will see him co-starring with his cousin Reigns.

Rousey performed with Johnson at Furious 7 before she joined Vince McMahon’s promotion. 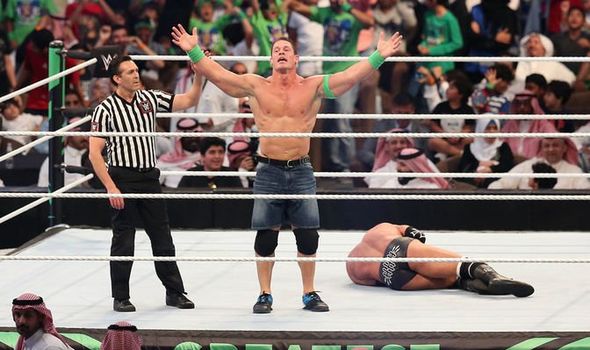 Cena had to undergo another makeover for the role as he cut his well-groomed hairdo and adopted a new trim that makes him look a lot more like his classic image from his glory years in wrestling.

The Leader of the Cenation has been competing on a part-time basis with the wrestling giants ever since 2017 due to his advanced age of 42 and his busy movie schedule.

The 16-time world champion’s most recent match took place on RAW last January where he lost to Finn Balor in a Fatal 4-Way Match that also included Baron Corbin as well as Drew McIntyre. 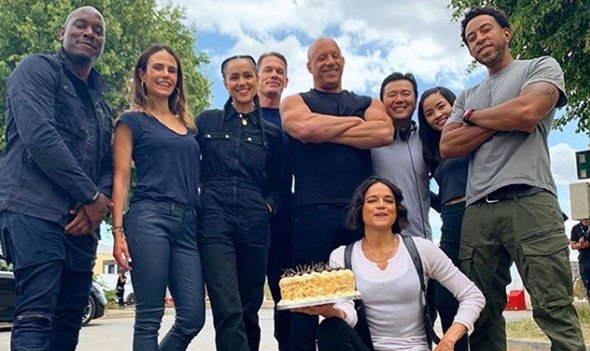 The ex-WWE Champion also made a surprise appearance at WrestleMania 35 in his old Dr of Thuganomics gimmick to take out Elias.

The former World Heavyweight Champion has worked in various blockbuster hits like Trainwreck, Transformers spinoff Bumblebee as well as Daddy’s Home 1 and 2.

Cena has also linked up with some of the biggest names in the industry like Will Ferrell, Mark Wahlberg and Amy Poehler.