Tyson Fury was scheduled to appear at Wrestlemania 36 in some capacity but couldn’t because of the coronavirus pandemic, he has revealed. Fury made his WWE debut last year at the Crown Jewel event.

Fury fought Braun Strowman at the show in the Middle East after appearing on SmackDown and Raw.

The Brit won his battle with Strowman and went back into training camp for his clash with Wilder.

Fury beat the American and won his WBC world title, picking up the Ring Magazine belt in the process.

JUST IN: Anthony Joshua admits he could have been ‘carried out on stretcher’ 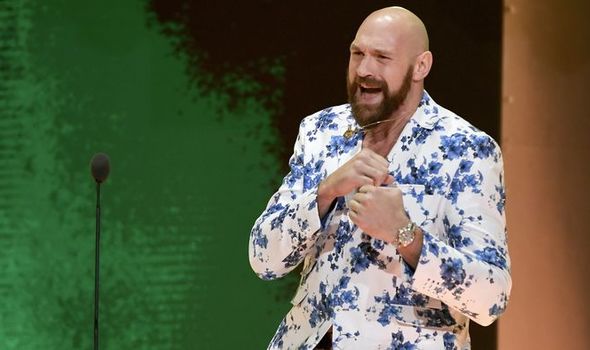 He was then supposed to make an appearance at Wrestlemania, which was due to take place at Raymond James Stadium in Florida.

But because of the coronavirus, Fury didn’t make the trip, and the event was moved to the WWE performance centre.

“I was supposed to be at WrestleMania 36, but obviously with the coronavirus I couldn’t be there,” he told talkSPORT.

It was the first Wrestlemania event to be held behind closed doors, while it also took place across two nights of action.

Drew McIntyre performed in the main event against Brock Lesnar and won the WWE world title.

He then called out Fury while on the phone with talkSPORT the next day.

“When it gets back to normal, the next thing I want to do is fight Chris Sutton,” he said. 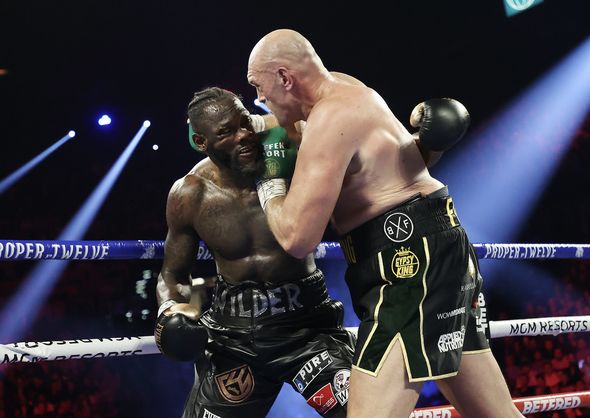 “And Tyson Fury was talking trash, let him know I’ve won the belt and after I beat Sutton I’m coming for Fury.”

“@dmcintyrewwe has called me out after his @wwe Wrestlemania 36 victory, first I say congratulations and what a fantastic job,” he said.

“Secondly I accept his challenge, anytime any place, anywhere.”

Fury was supposed to fight Wilder for a third time this summer but it’s been pushed back until October because of the virus.