Cena has been in Vancouver filming his next movie Playing With Fire since January and the production may have already ended.

For almost four months The Champ’s WrestleMania plans have been uncertain and some even expect him to miss the wrestling extravaganza this Sunday at MetLife Stadium in New Jersey.

The Leader of the Cenation will be in New York during Mania weekend for a book signing of his best-seller Elbow Grease but nothing more is known at this stage.

The publisher and editor of the Wrestling Observer Newsletter Dave Meltzer claims the 16-time world champion could make a surprise appearance at the Show of Shows for another impromptu match.

The Cena match is being kept a secret

Last year the ex-WWE Champion was booked in a bout at the last minute against The Undertaker and lost in less than three minutes.

The former World Heavyweight Champion’s potential opponent is a complete mystery but, contrary to popular belief, he won’t replace Baron Corbin to battle Kurt Angle on his retirement match.

Meltzer recently said: “The Cena match is being kept a secret.

“I mean even people who know everything don’t know that one. 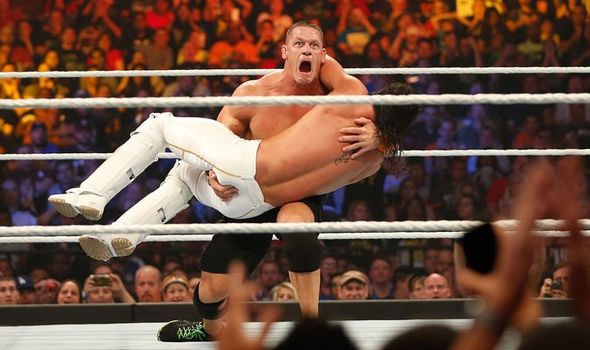 “I mean people internal – internal do know, but I don’t know who it is.

“It’s not Kurt for sure.

“He’s got nothing to do with the Kurt match.

“Kurt is wrestling Baron Corbin unless there’s another guy that’s coming in that we don’t know that’s what it’s gonna be.

“The idea that Kurt’s gonna be wrestling two matches I don’t even wanna hear that.

“I don’t even think Kurt should be wrestling on this show, Kurt should have a nice ceremony with no match.”

It has been previously suggested that Cena will interrupt Elias’ live musical performance which is scheduled to take place at WrestleMania.

This, of course, could lead to a non-wrestling appearance of him giving The Drifter an Attitude Adjustment or even his new finisher the Lightning Fist. 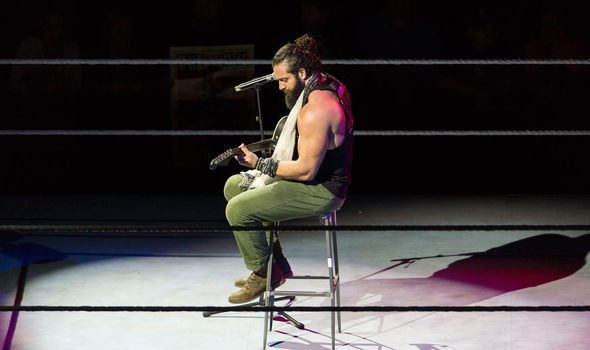 But if Meltzer’s report is correct then Elias may be Cena’s likeliest opponent at the Showcase of the Immortals at this point in time.

Elias has previously stated that he is keen to share the ring with the WWE legend at The Grandest Stage of Them All.

He said: “At WrestleMania, I’d love to wrestle John Cena; I’ve got a lot of issues with that guy.”