John Cena is “very happy” for his ex-fiancee Nikki Bella’s recent engagement to Artem Chigvintsev. Cena and Bella dated for six years and were set to marry in 2018 after the 16-time world champion proposed to the 36-year-old at WrestleMania 33.

John is very happy for Nikki and her engagement

But the wedding was called off after the two-time Divas Champion pulled the plug on their engagement because she wasn’t willing to sacrifice her career and ambitions for a relationship that required one of them to stop working.

The 2015 WWE Diva of the Year then started dating her former Dancing with the Stars partner Chigvintsev, whom she is set to marry soon.

Cena took the news very well and hopes Bella finds true happiness with her new fiance, who proposed during a trip to France.

A source told Hollywood Life: “John is very happy for Nikki and her engagement. 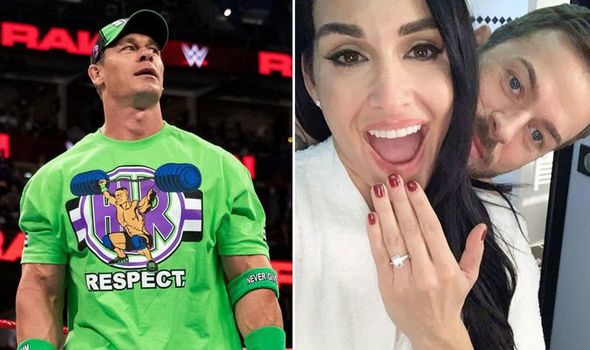 “He is very happy that she has found someone that treats her so amazingly well.

“Nikki was an extremely important part of John’s life so it does remind him of what they had and he is also reminded of his proposal to her at WrestleMania a few years ago but he also has thought that they have both grown from their relationship and they both have moved on.

“[Nikki and Artem’s] engagement just makes it all very official and real and that the past is now the past.

“He knew it was going to happen at some point so instead of taking it in any weird way he is only hoping for the best for her and he only wants to send good vibes her way and hopes she gets everything she deserves with her life with Artem. 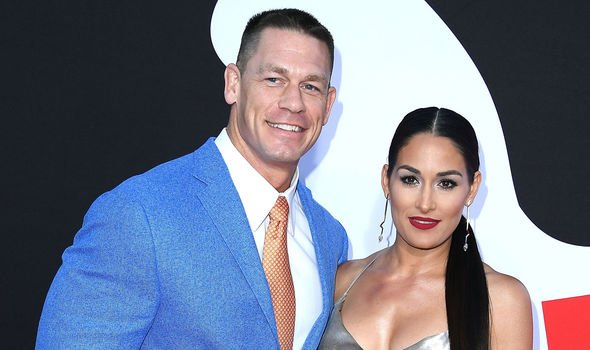 “He knows she deserves all the good fortune and love she is receiving so he is happy.”

Cena has also moved on following the breakup as he is now in a relationship with Shay Shariatzadeh, whom he met while shooting Playing with Fire in Canada.

The Leader of the Cenation will always cherish the time he had with Bella but is pleased that she is finally getting her wish of settling down.

Another source claimed: “John and Nikki are on great terms, he wants nothing but the best for her.

“And it’s not a big shock or anything, John knows how happy she is with Artem and how much she wants to settle down so he was expecting this sooner or later.

“He will always cherish his memories with Nikki but he’s moved on too. John’s very happy with his girlfriend Shay so that makes it easier to accept Nikki moving on.”