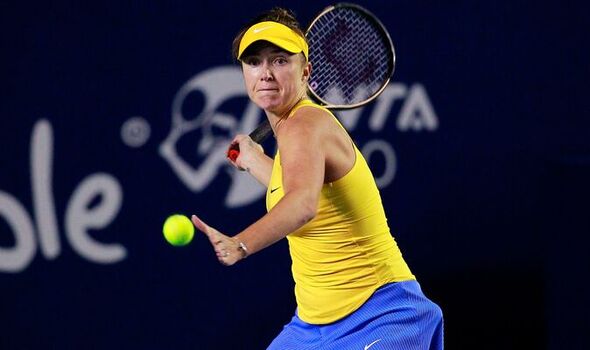 WTA world No 25 Elina Svitolina has called on tennis’ governing bodies to ban all Russian and Belarusian players who fail to denounce Vladimir Putin and Russia’s invasion of Ukraine. It comes after reports claimed Wimbledon would officially be banning tennis players from the two nations, stopping the likes of ATP world No 2 Daniil Medvedev from competing in the Grand Slam tournament this summer.

Svitolina posted a passionate plea on Wednesday, asking the ATP, WTA and ITF to demand answers from Russian and Belarusian players regarding their stance on the war in Ukraine. It comes as reports claimed Wimbledon had confirmed a ban on all athletes from the two countries.

“Dear Tennis Community, Ginetta Sagan once said, “Silence in the face of injustice is complicity with the oppressor.” This could not be any more true right now,” the former world No 3 wrote in a lengthy social media post. “On 24th February 2022, Russia, with the support of Belarus, attacked Ukraine. Now there is a war in our country, in our home. All Ukrainians are forced to leave their homes and fight for their lives,” she continued, going on to speak about the death of civilians and millions who had been left homeless since Russia invaded her home country.

The 2018 WTA Finals champion then shared three questions she urged tennis’ governing bodies to ask of their players hailing from Russia and Belarus. “As athletes we live a life in the public eye and therefore have an enormous responsibility. Some of our posts and opinions on social media reach an audience larger than those of regional television stations. In times of crisis, silence means agreeing with what is happening,” she continued, explaining why she was demanding answers from players hailing from the two nations.

“We noticed that some Russian and Belarusian players at some point vaguely mentioned the war, but never clearly stating that Russia and Belarus started it on the territory of Ukraine. The very silence of those who choose to remain that way right now is unbearable as it leads to the continuation of murder in our homeland,” she wrote, going on to share the questions she believed players should be answering.

And the 16-time title winner was clear on what should happen to Russian and Belarusian players who failed to answer the questions or showed support for the war, adding: “If applicable, we demand to exclude and ban Russian and Belarusian athletes from competing in any international event, as Wimbledon already done. There comes a time when silence is betrayal, and that time is now.”

The UK’s Sports Minister had previously toyed with the idea of requiring players from the two nations to “provide assurances” that they did not support Putin or the war, though it appears this idea has been scrapped for a blanket ban to prevent players from having to declare their views in case of any risks and implications of doing so.

Svitolina has previously been vocal in calling on the sport to support Ukraine amid the war, first leading the call for Russian and Belarusian players to compete as neutrals and refusing to face opponents from the nations unless this rule was implemented. The ATP, WTA, ITF and four Grand Slams then confirmed all players from the nations would compete without mention of their flag or country.

However, the 27-year-old may have a harder time convincing tennis bosses to completely ban players from the countries as WTA CEO and Chairman Steve Simon previously criticised the idea of Wimbledon barring Russian and Belarusian athletes. “I feel very, very strongly that again these individual athletes should not be the ones that are being penalised by the decisions of an authoritarian leadership that is obviously doing terrible, reprehensible things. But if that happens, which is again part of the overall strategy of making Russia, and Russian citizens, pay the consequence for the decision their government has made, then it won’t be something that we support,” he recently told the BBC.