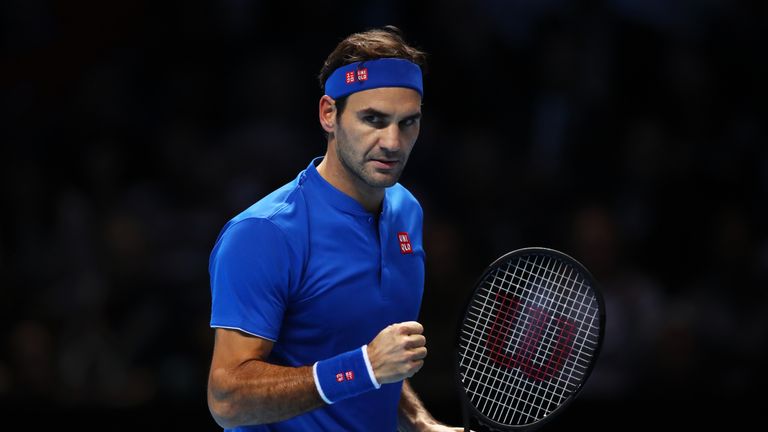 Federer came into the match knowing to qualify he needed to win either one set or in the case of a straight-sets loss, five games in total if both sets go to six, or six games in total if one set goes to seven, but he was at his vintage best to get the job done in straight sets.

As a result of Dominic Thiem’s straight-sets win over Kei Nishikori earlier in the day, South Africa’s Anderson knew he had already qualified for the semi-finals, becoming the first player from his country to qualify for the knockout stages in the history of the tournament. 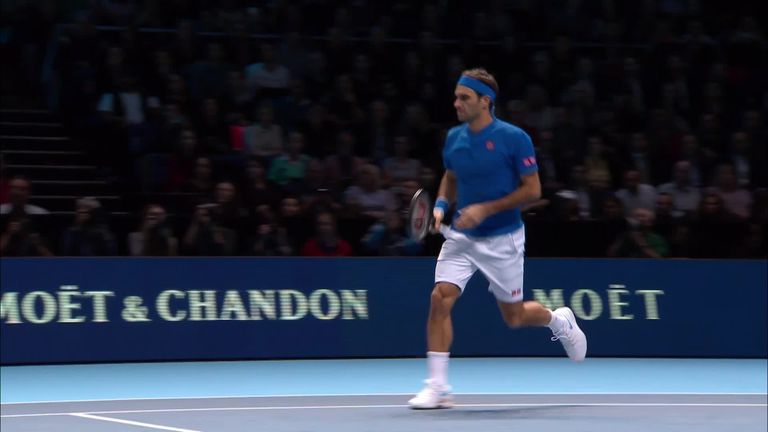 In an electrifying atmosphere at the O2 Arena both players were looking ultra-sharp in a rematch of their epic Wimbledon quarter-final, which the 32-year-old won 13-11 in the decider.

Federer applied the squeeze in the seventh game with the Swiss ace breaking through to love as Anderson lost his serve in disappointing fashion for the first time in the tournament. 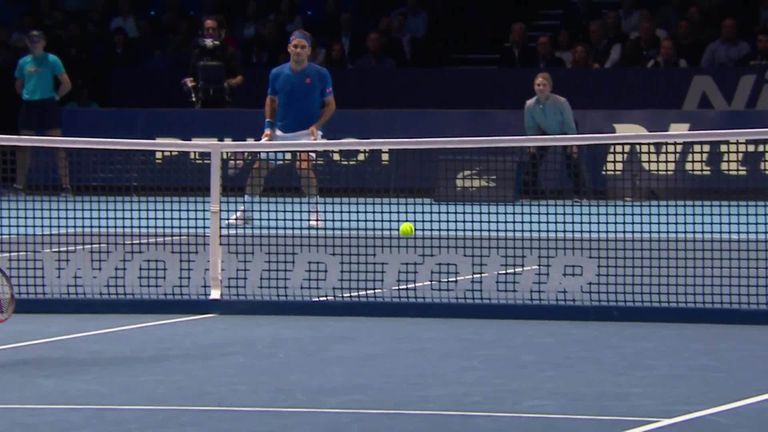 The 6ft 8in finalist at the All England Club raised his game to hit back in the next though, before Federer made it three successive breaks of serve in an amazing turn of events.

Federer played some glorious tennis from 0-40 down to seal the set in style and keep intact his proud record of always reaching the semi-finals at the season-ender since it moved to London in 2009. 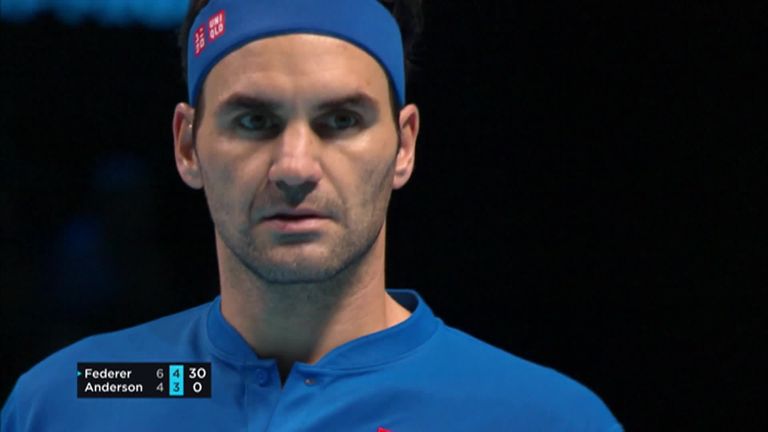 Anderson produced a higher percentage of first serves in the second set, which helped him stay ahead of the 37-year-old. That was until Federer pounced to take the one opportunity offered to him in the seventh game. And after holding serve in just 76 seconds, he finished the job off in style with a third break of the Anderson serve to qualify for the last four.

Shot of the match 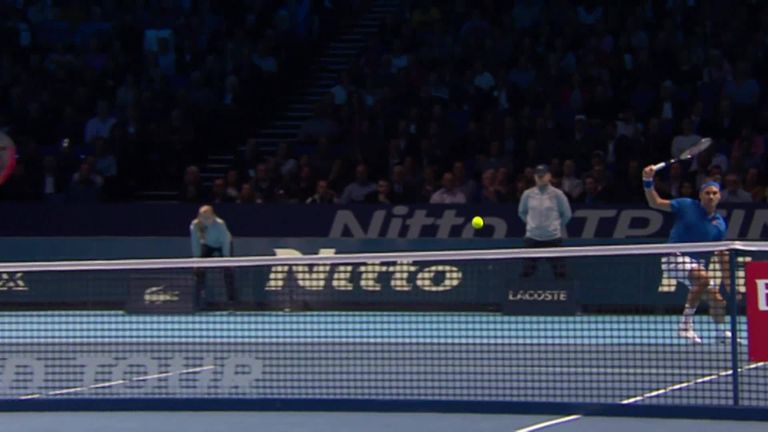 Energy left in the tank for Feds 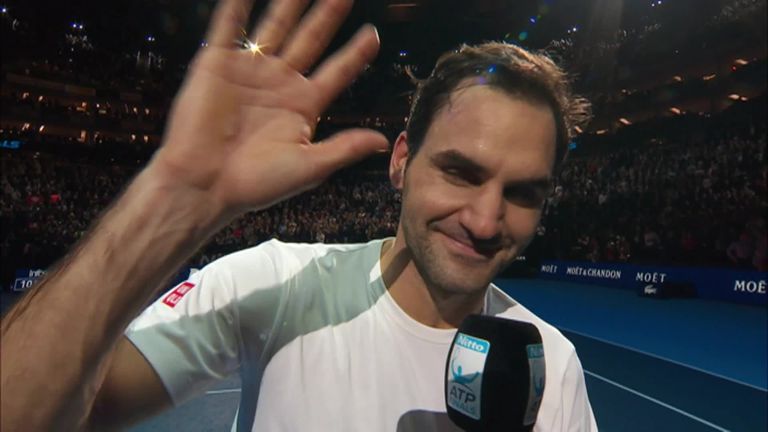 “I’m very happy, the first match with Kei was tough and I never got going, but with my back against the wall maybe it’s easier for me to play,” said Federer. “Kevin’s had a great year, but it’s been a fun group and I’m very happy to be in the semis.

“These round-robin formats are not straightforward, we’re used to it being you lose, you leave, you don’t hang around.

“Maybe it was difficult for Kevin having already qualified, whereas with Thiem winning it was maybe easier for me. 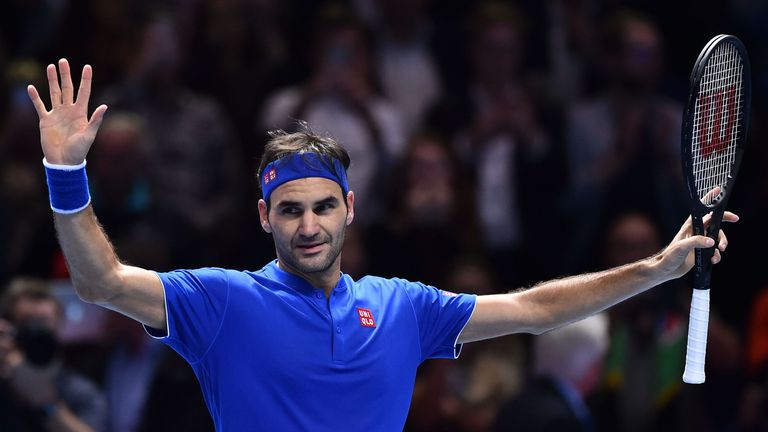 I thought Federer was excellent tonight. Tactics were superb, served better, and improved dramatically from his second match and it looks like he is back. Never discount a champion. He will be absolutely delighted to have gotten his revenge over Kevin Anderson since they last met at Wimbledon. This was big for him psychologically as well. 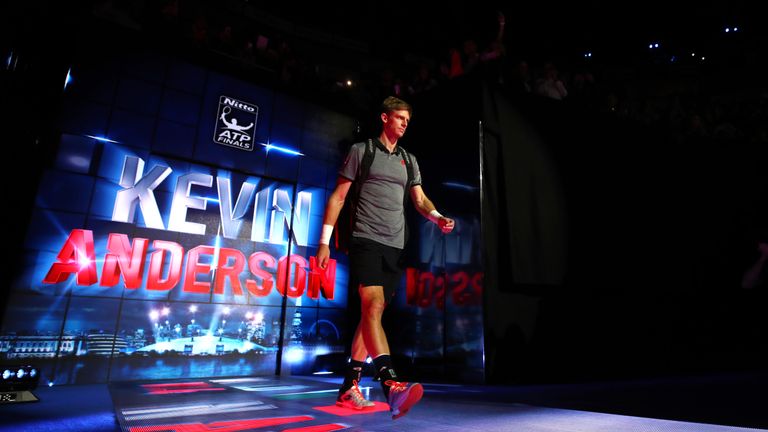 Federer will play the runner-up in Group Guga Kuerten in the knockout stages, while Anderson will take on the winner with the positions to be decided on Friday. Novak Djokovic is already through, while Alexander Zverev, Marin Cilic, and John Isner are still all in with a shout of joining the world No 1 in the last four.

We will have extensive coverage of the ATP Finals at London’s O2 with every match live on Sky Sports. See TV listings HERE.