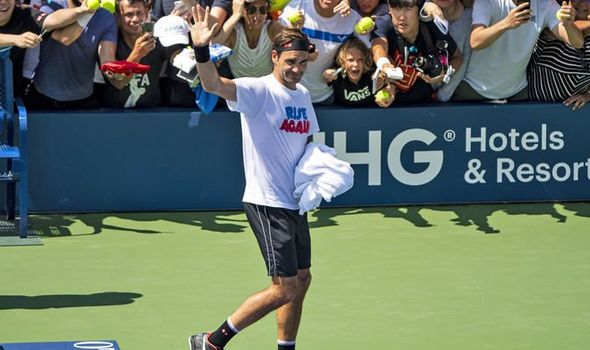 Roger Federer will begin his bid for a sixth US Open title against a qualifier.

The Swiss, who was beaten in the Wimbledon final last month, could then face another qualifier or Damir Dzumhur.

In the third round, a meeting with Lucas Pouille or Dan Evans is possible before a tough-looking fourth-round encounter against David Goffin.

Federer is projected to play Kei Nishikori in the quarter-finals then a clash with top seed and defending champion Novak Djokovic.

Should the 38-year-old reach the final, he could then play his great rival Rafael Nadal.

Amazon Prime members in the UK and Ireland will have exclusive access to the US Open, which returns in 2019 as part of its five-year deal from 2018 to 2022

Uninterrupted, live coverage from every televised court and full match replays will be available to Prime members in the UK and Ireland, at no extra cost to their Prime membership