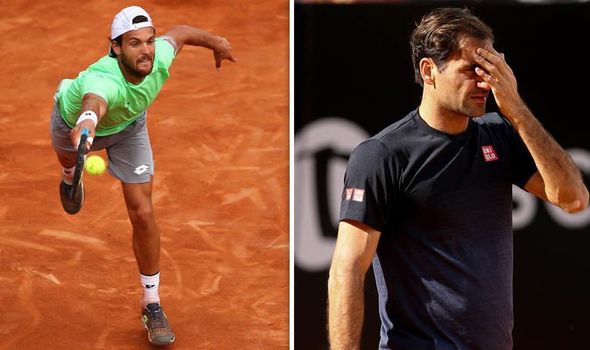 Sousa’s clash with Federer is the first match of the day at the Italian Open but rain is forecast and set to cause havoc to the order of play.

The two players have met just once before with Federer coming out on top in three sets in 2014.

Sousa booked his place in the second round against Federer with a hard-fought victory over Frances Tiafoe on Monday.

And speaking after the match, the Portuguese player told the ATP he is determined to give his best against Federer.

“Roger is one of the best for sure,” he said.

“I have to play great tennis. Today I played very well and I’m very happy the match.

“Of course it is going to be a big crowd out there and I will try to enjoy the crowd, give my best and always fight as I do every match.

“I think it is important to enjoy this victory and then I will think about Roger.” 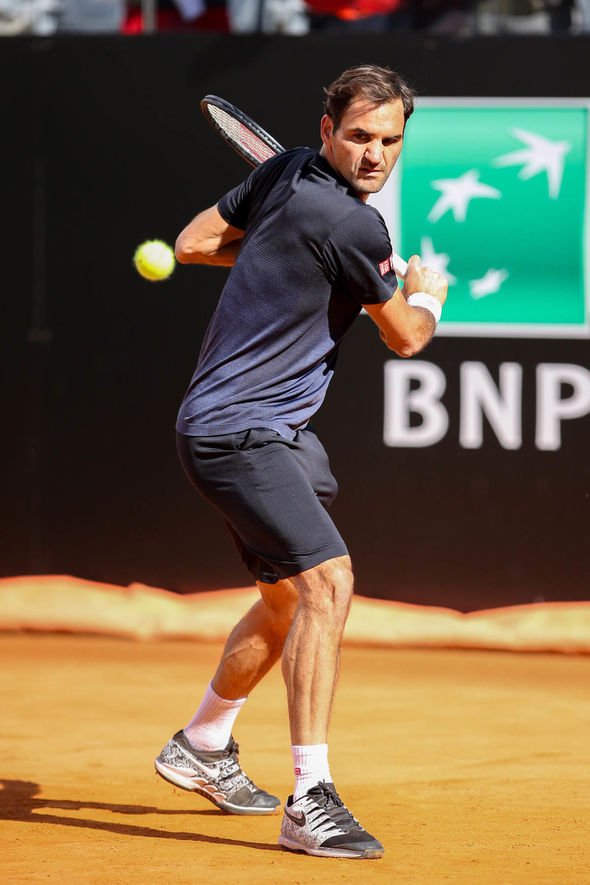 Sousa does have added motivation going into his match as he recently revealed he wants to beat Federer before the 37-year-old star retires.

He told Punto de Break: “If I could choose someone, I would like to beat Federer.

“I only played once with him, in Halle, he beat me in the third set.

“He is a player that is a world-renowned, considered one of the best in history.

“It is not a goal, but I hope I can beat him before he retires.”

Federer made a late call to play in Rome and get more clay court matches in his legs ahead of the French Open.

“I’ve just come from practising for five weeks after Miami,” he said.

“I think I was playing well in Madrid, so I just said, again, ‘Let’s come to Rome,’ a city I like so much as well.

“There would be excitement, more excitement than me coming to a practice court in Switzerland. I thought that would be nice. Honestly, I love to play matches. Regardless of what happens here, I just think it’s good for me to play matches at this stage.

“I’m very happy to be here. I’m pumped up to play well. I mean, my excitement couldn’t be bigger.”