Rafael Nadal will be desperate to quieten those who keep bringing up his ATP Finals record this week, according to Daniela Hantuchova. Nadal may now hold the joint all-time record for men’s Grand Slam titles after his triumph at the French Open, but his form on hard indoor courts remains the one blip on his career.

The Spaniard has won just one title on indoor hard courts, which came back in 2005.

That form has carried over into the season-ending tournament throughout the years, with his last appearance in the final coming in 2013.

He has been forced to withdraw from the ATP Finals on six occasions due to injury or fatigue and his style of play often leaves Nadal exhausted by the time November comes around.

This year is different though with the coronavirus pandemic cutting the season short.

JUST IN: Djokovic opens up on plan to surpass Nadal and Federer for Grand Slams 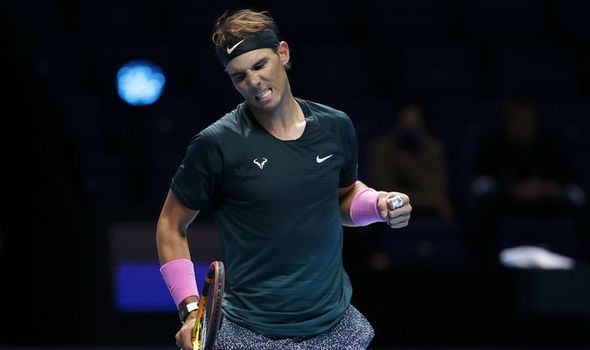 And Nadal got off to a fast start in his first group match against Andrey Rublev, winning 6-3, 6-4.

He will be put to the test this afternoon though against world No 3 Dominic Thiem, who won the last encounter between the two at the 2020 Australian Open.

Hantuchova though believes Nadal will have the added motivation of winning his maiden ATP Finals to come out victorious.

When asked on Amazon Prime how hungry Nadal looks to win the ATP Finals this week, she said: “Oh big time.

“I think this is the title that he’s missing and he wants people to stop talking about it.

“But at the same time I think he’s accepting that if it doesn’t happen to him then he’s still going to retire being very happy.

“So he’s not going to be losing any sleep over this title.”

Greg Rusesdki also noted how Nadal has brought both his coaches, Carlos Moya and Francisco Roig, to London with him. 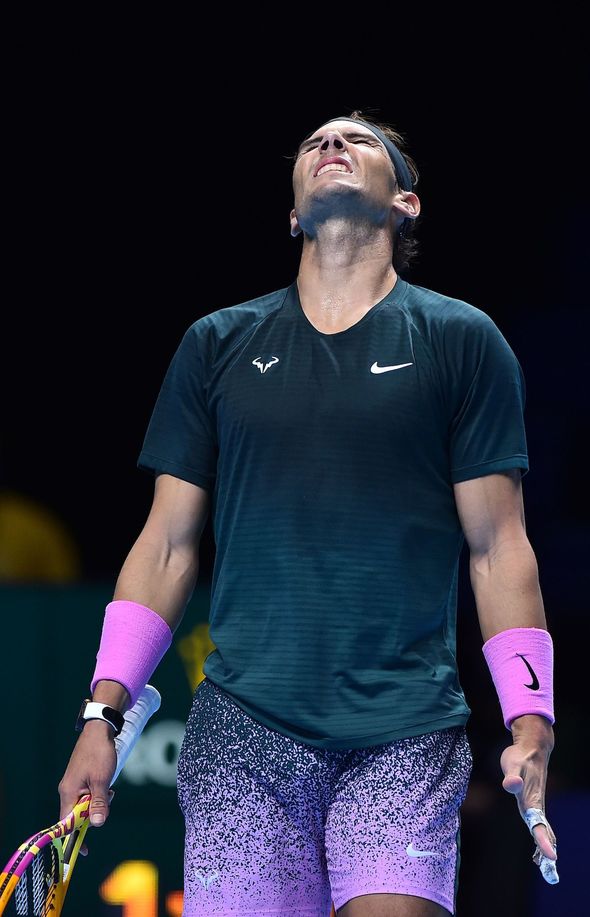 “This is the first time I’ve seen Moya and Roig here,” he said.

“Usually it’s only one coach that travels with him with his physical trainer, physio and the rest of the team.

“So he’s trying something a little bit different.

“It’s a question mark whether it’s a tactical thing or is that because he’s not quite sure what he needs to do indoors to get the job done at these ATP Finals.”