Rafael Nadal has posted the first image of his return to practise after several weeks in isolation at his home in Mallorca, Spain.

After the cancellation of the BNP Paribas Open in Indian Wells in March due to the rise in coronavirus cases in California, Nadal and his team left America and headed home to Spain.

As the pandemic swept around the world, Spain was among the most heavily hit nations by the deadly virus.

To date, there have been nearly 28,000 deaths from the illness in Spain but in recent weeks, the number of positive cases has significantly dropped and the Spanish government are loosening restrictions as they ease the lockdown.

And with the increased freedom, Nadal is now able to leave his home in Porto Cristo and practise again at his academy, which had been housing 70 staff and 85 children since the beginning of the quarantine. 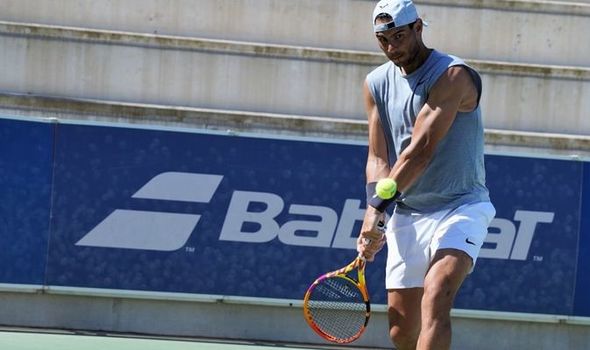 The image sees a bearded Nadal lining up to hit a backhand with orange replacing the usual yellow colour on his racket.

Nadal’s return to training follows Novak Djokovic getting back to work in Marbella, Dominic Thiem practising in Austria and Stan Wawrinka working indoors in Switzerland.

But despite their return to court, they face a wait before competitive action will start again.

The tennis season is currently suspended on the ATP Tour until the start of August, which is set to mark the build-up to the US Open, where Nadal is the defending men’s champion. 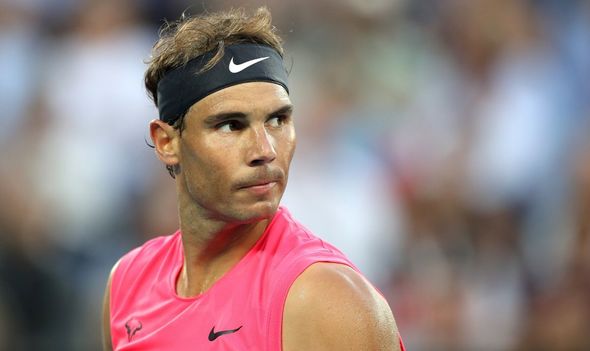 Meanwhile, Nadal’s coach Carlos Moya has expressed his surprise at the 33-year-old winning the Wimbledon title.

Nadal is a two-time winner at SW19 and Moya believes his innate competitiveness is what pushed him to succeed on his least favourite surface.

“I think you are born like that,” Moya said on Eurosport’s Tennis Legends podcast.

“I mean, you can learn a lot of things for sure. He learned that and improved in many ways, but you have to have it.

“Also his background is very good, he has a family that was to professional sport before, so for sure that helps.

“I mean, if you can teach that, we will have many Rafas and we don’t have that at all.

“It’s amazing that a guy from Mallorca to win 19 Grand Slams, 12 French Opens. For me it was a big surprise that he won Wimbledon as well.

“But I think for sure you improve things but you are born like that and I have no doubt about that.”