Rafael Nadal has been hailed by Tim Henman after he surpassed Jimmy Connors’ record of the most consecutive weeks in the top 10 of the ATP world rankings. Last week Nadal surpassed Connors’ record of 789 weeks in a row which had stood since 1988. And the Spaniard is likely to add plenty more to his current haul of 790 before he hangs up his racket.

Nadal has been in the top 10 ever since winning the Barcelona Open in April 2005.

The 34-year-old equalled Roger Federer’s record of 20 men’s singles Grand Slam titles with victory at the French Open in October.

But Nadal is a long way ahead of his old rival when it comes to consecutive weeks in the top 10.

Federer sits third on the list behind Connors and Nadal with 734 weeks. 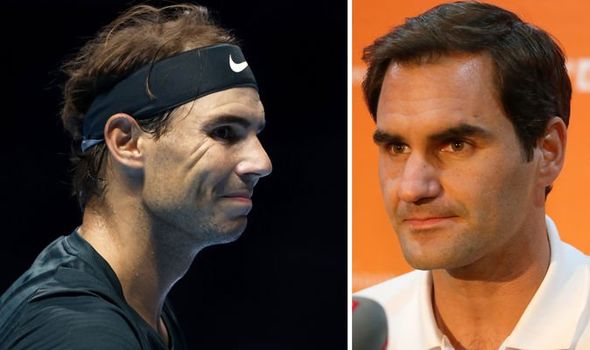 The Swiss remained in the top 10 for just over 14 years, over a whole year shorter than Nadal.

And former British No 1 Henman says Nadal’s achievement is even more impressive because of the amount of injuries he has suffered throughout his career.

“It is a phenomenal achievement but for me, what makes it extra surprising is that he’s had injury trouble,” Henman said on Amazon Prime Video.

“There’s been plenty of times where he’s been out for three, four, five months, whether it’s been the knee or the wrist.

“Therefore you’d think the way the ranking system works, with the points staying on for 52 weeks, there’d be periods where he loses a lot of ranking points, but that just hasn’t been the case.”

Hantuchova said: “Of course I can’t speak for Rafa but for me that would be something very special and one of the records I think I would appreciate the most because it just shows that incredible consistency over such a long period of time.”

King tweeted: “Congratulations to @RafaelNadal on ranking inside the world’s top 10 for 790 consecutive weeks, breaking the previous record held by Jimmy Connors.

“This is truly an incredible achievement! #champion.”

The Nitto ATP Finals will be available to watch on Amazon Prime Video on Sunday 15th to Sunday 22nd November.