World No 2 Rafael Nadal is easier to beat than his two main rivals Roger Federer and Novak Djokovic, according to Fabio Fognini. The Big Three are locked in an intense battle to go down as the greatest player of all time.

Federer, Nadal and Djokovic are expected to dominate the Grand Slams again this year as they have won 56 major tournaments between them.

Debate is always rife over which of the trio will leave a longer-lasting legacy on the sport.

But world No 11 Fognini reckons Nadal is a slightly less scary opponent to stand on the opposite side of the net.

The Italian has managed to accomplish what not many other players have by beating the Spaniard on clay. 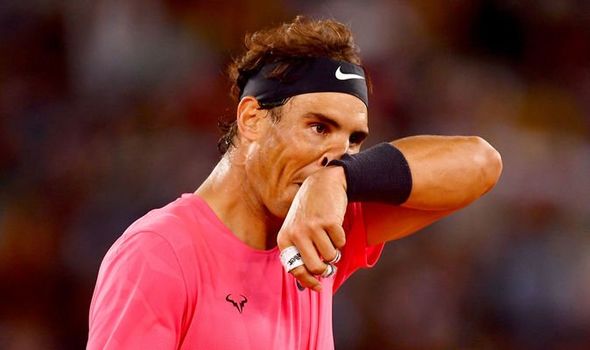 And ahead of the upcoming clay season he reckons it would be more difficult to be drawn against Federer or Djokovic.

“When Roger and Novak are at their top, it is very difficult,” Fognini told NRC. “They play so fast, give you no space.

“With Rafa it is different, his game is more physical. He destroys you in the rally and mentally. But you can play against him, you can run.”

Fognini is not shy of a mental breakdown on the court and last summer he bizarrely claimed he wished a bomb would drop on Wimbledon in a second-round loss to Tennys Sandgren.

The 32-year-old frequently throws his racket and screams at officials and he knows his attitude does not help him out.

“I am sometimes lazy, that did not help me,” Fognini admitted. “If I wasn’t lazy, I would certainly have achieved more at tournaments.

“Sometimes I would rather sit on the couch than train or prepare for a tournament.”

Meanwhile, Nadal spoke of his relationship with his rivals during a recent interview. 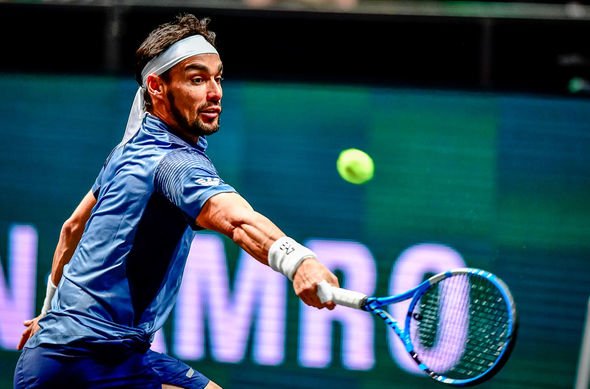 “This is like everything in life – one has more affinity with some than with others. Not me: everyone,” Nadal told Spanish agency EFE.

“But I have been fortunate throughout my career that in every tournament or event I get to the locker room, I see my teammates; and few problems I have looked for.

“With both Novak and Roger, as with Andy [Murray]. With all of us who have had a more ‘lively’ rivalry, if you can say so; Now it’s more latent and the things we do show it.”