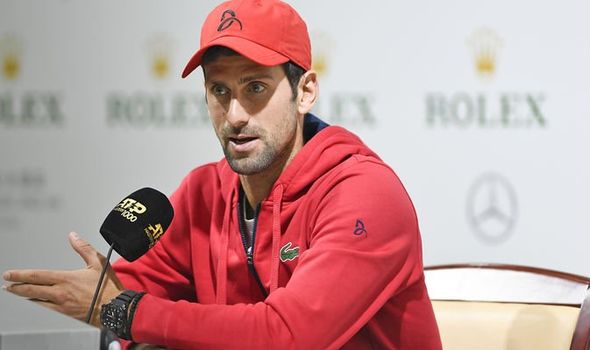 Novak Djokovic says he is working daily to treat his shoulder as he aims to finish the season strongly.

Last month, Djokovic withdrew from his US Open fourth-round clash with Stan Wawrinka in the third set after being unable to continue due to a shoulder injury which had been hampering through the tournament.

In the weeks after, there were claims the world No 1 may need surgery to correct the issue.

But Djokovic dispelled those rumours by resuming training and then playing at the Japan Open last week.

And he proved his fitness in Tokyo as he strolled to victory without dropping a set.

Djokovic has now travelled to China for the Shanghai Masters, where he is the defending the champion.

The top seed will face Canadian youngster Denis Shapovalov in the second round and speaking ahead of the match, he was whether the shoulder injury came from a change to his backhand technique.

But while Djokovic was reluctant to discuss specifics, he did reveal he did not expect to be back to full strength for a few weeks. 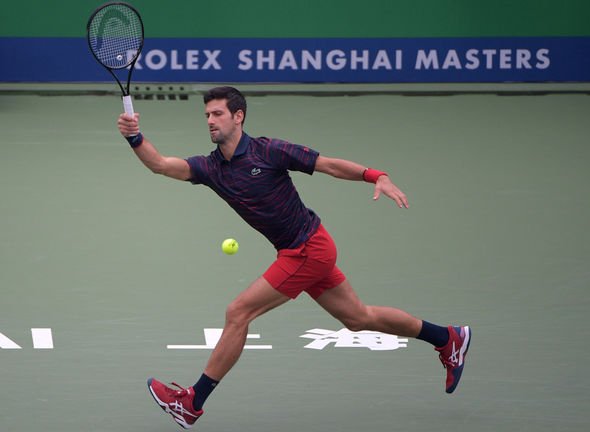 He said: “There are various things or reasons why maybe that happened, but not to get into details, but it wasn’t specifically about one shot or something that caused it.

“It was just over the time maybe the posture and the shoulder position and so forth.

“But once we now corrected that, it seems to be fine.

“But obviously it still needs, I guess, another couple of weeks to really get back 100% of also not being concerned about it, because right now I don’t feel pain playing.

“But there is still being cautious about it and still working daily a lot on the preparation and rehab and recovery of the shoulder and strengthening of the shoulder.

“So there is a lot of hours spent on making sure that I’m able to play.”

A good week in Shanghai for Djokovic will boost his chances of catching Nadal in the race to be the year-end No 1.