Djokovic insists he is fighting for ‘better treatment’ 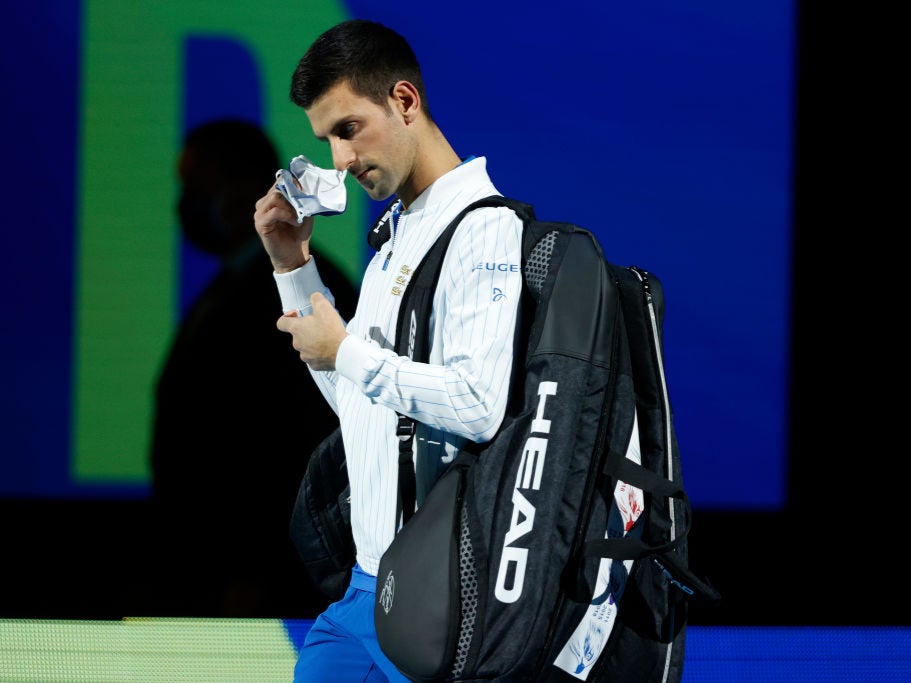 Djokovic is upset with the ATP

But Djokovic revealed the ATP has brought in a new rule effectively prohibiting their participation in both bodies.

He said: “We of course made ourselves available but then the rule by ATP board was voted on last night, which basically doesn’t allow any active player to be part of the council and any other organisation in the tennis ecosystem, which is disappointing, to be honest, because I have not been approached by anybody from ATP on that matter.

“I was saying before and I’m going to say it again: We want to collaborate with ATP, and we want to be able to potentially have a place in the ecosystem, because this is what players deserve.

“Now, with this rule that has been voted on last night, that actually is a strong message from ATP that they don’t want PTPA at all in the system. So it’s very clear.

“We are just trying to fight for a better position and better treatment out there in the ecosystem, and that’s all there is. It’s unfortunate really to see that the ATP’s position is such, but OK, now we know where we stand.