Murray drawn against Agut in first round of the Australian Open

Andy Murray faces a huge battle just to make it through the first week of the Australian Open after he joined Kyle Edmund in being handed an opening draw fraught with difficulty.

The twice Wimbledon champion, whose deflated ranking gave him no seeding protection, meets world No 23 Roberto Bautista Agut of Spain.

British No 1 Kyle Edmund, returning after making the semi-finals twelve months ago, was given one of the most dangerous ‘floaters’ in long time top tenner Tomas Berdych. 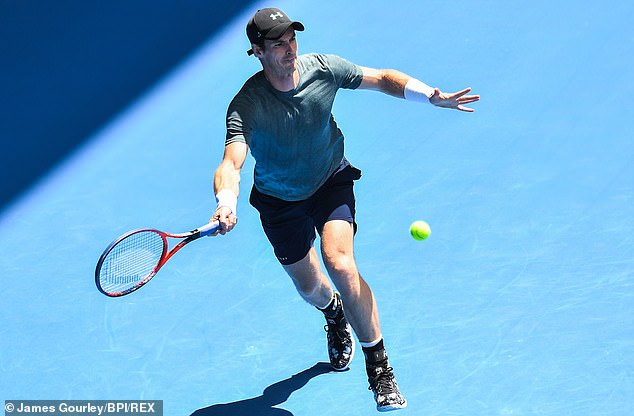 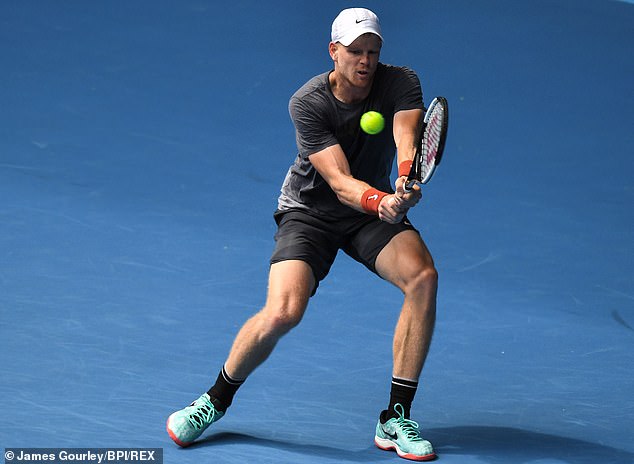 Murray will face the winner of this year’s Qatar event, while Edmund will face the finalist, pitting them against two early season form horses.

Earlier on Thursday Murray played a serious practice match against Novak Djokovic and was beaten 6-1, 4-1, indicating the problems he is facing from a combination of ringrust and his chronic hip problem.

Now comes a huge test at a tournament where he has traditionally played so well before suffering his physical issues.

Even if he got past the rock solid Spaniard he would likely play home favourite John Millman, who knocked Roger Federer out of the US Open. Then he would be scheduled to encounter tenth seed Karen Khachanov, the powerful Russian of whom great things are expected this year. 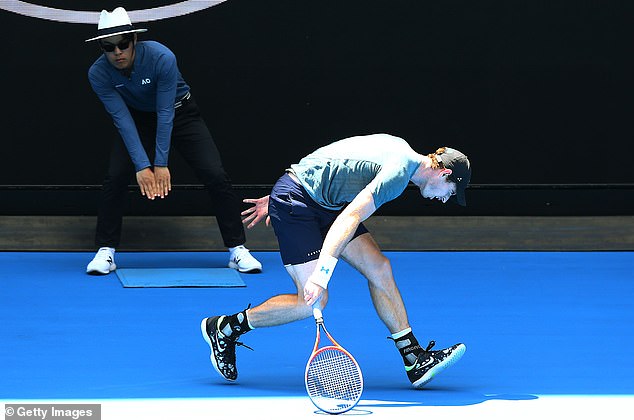 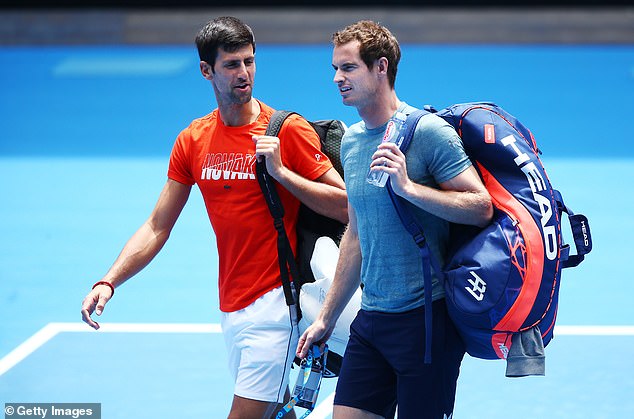 There is little point looking beyond that, or the fact that he is in the same half as defending champion Roger Federer and No 2 seed Rafael Nadal.

Thirteenth seed Edmund has a huge number of points after his Australian exploits of 2018 but he has pulled out the booming Czech, who missed the second half of last season and subsequently has a falsely deflated ranking of 57.

The indications are that the back problems Berdych suffered are behind him as he reached the final of the ATP Qatar Open earlier this month.

British No 2 Cam Norrie will face American Taylore Fritz, his doubles partner, who he beat on Thursday to make the semi-finals of the ASB Classic in Auckland. 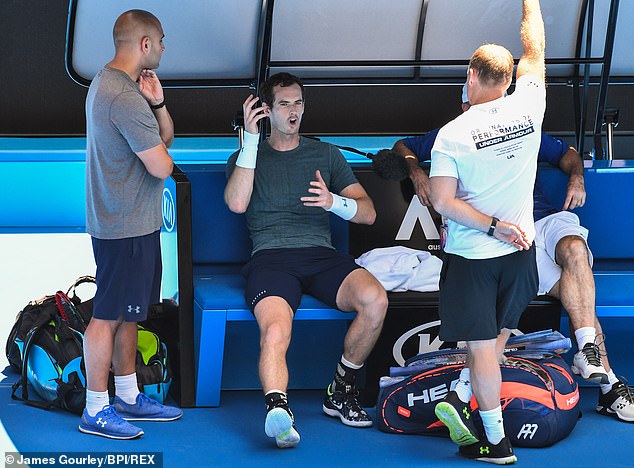 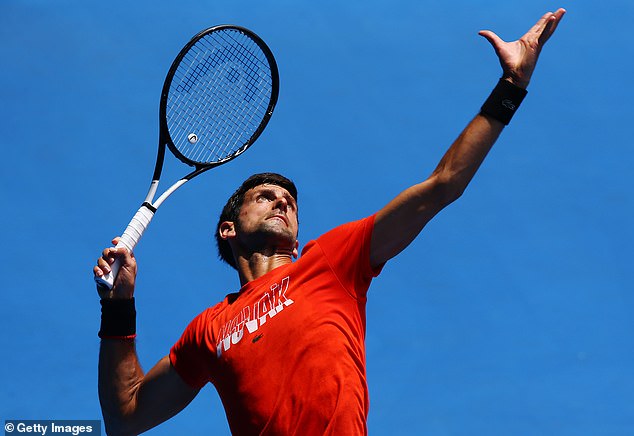 Murray could not make life difficult for the world No 1, who was mainly on cruise control

Novak Djokovic meets a qualifier but could face Jo Wilfried Tsonga in the second round. Norrie could be paired against Federer in the third round.

Jo Konta, seeking to rediscover the form that saw her make the semi-finals two years ago, will meet adopted Australian Alja Tomljanovic, and might be paired against ex-Wimbledon champion Garbine Muguruza in the second round.

But most eyes were on Serena Williams, making her return to Grand Slam action after the controversial events of Flushing Meadows, since when she has not played.

Seeded No 16, Williams will face fellow mum Tatjana Maria of Germany, and that could be followed by Eugenie Bouchard, who is showing signs of running into form. Williams’s first severe test is scheduled to be top seed Simona Halep in the fourth round. 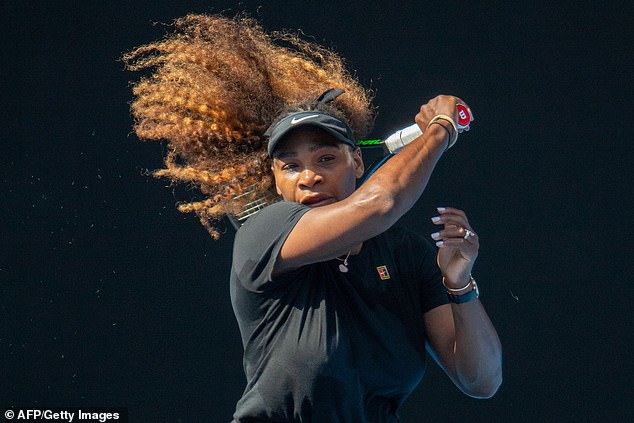 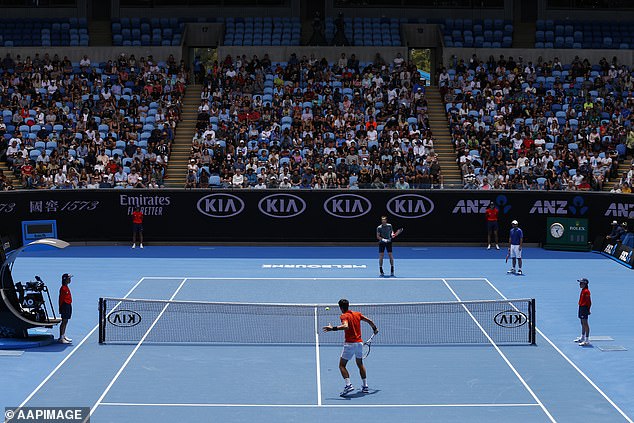 Katie Boulter – one of a minimum three British women and three British men playing over the next fortnight – was given a difficult assignment against Russia’s Ekaterina Makarova, who has a formidably consistent record at this event.

Heather Watson will play 31st seed Petra Martic of Croatia. Defending champion Caroline Wozniacki, who has recently been diagnosed with arthiritis, was drawn against Belgium’s Alison van Uytvanck, who made Wimbledon’s fourth round.

As far as the British challenge is concerned, anyone who makes the second week of the singles will have had to have found their very best form from somewhere. 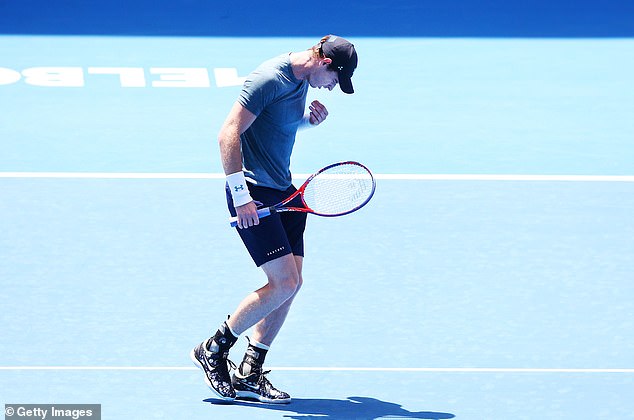