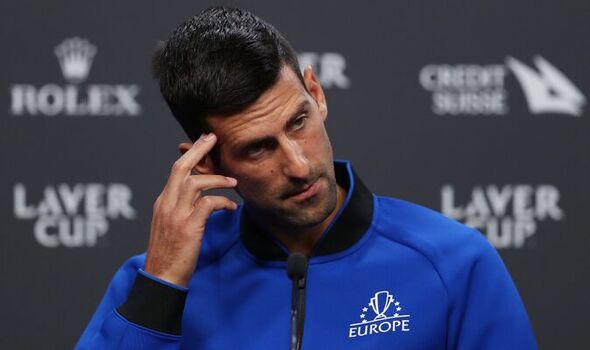 Fans hoping to see Novak Djokovic in the morning of Friday’s action had to have plenty of patience as some were made to wait for around one hour during the 21-time Grand Slam champion’s practice session. The O2 plays host to the Laver Cup this year with several stands outside the main arena for fans to spend their time and money.

Tickets to see the players in action quickly sold out last week following the announcement of Roger Federer’s retirement. But there’s still access for avid tennis fans to come down to The O2 and experience the atmosphere around the event.

Just outside North Greenwich station is a huge temporary practice court arena alongside a little fan zone with a big screen. Fans are able to watch the Laver Cup live in the fan zone and some of those fortunate enough to arrive earlier were also able to see some players practice.

However, they were limited in how much they were able to see and for how long. There was a huge queue wrapping around the walkway into The O2 with fans given just 30 seconds to enter the practice court and continue walking to the exit while trying to catch a glimpse of the players. 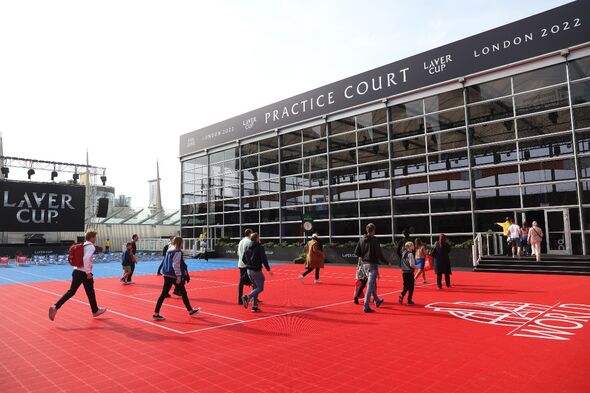 When Djokovic got out onto the court, news quickly spread and the queue grew even larger and some complained that they were waiting for around an hour before they got in to see the former world No 1. Djokovic was not included in the line-up for Friday’s schedule with Casper Ruud first up against Jack Sock.

Stefanos Tsitsipas will then take to the court against Diego Schwartzman in the final match of the day session. But it’s Friday’s evening session where there is unlikely to be an empty seat in the house.

Andy Murray gets the evening session underway at 7pm when he faces Alex de Minaur. The main event will be Roger Federer and Rafael Nadal in the last game of the night as they play doubles together against Sock and Frances Tiafoe.

Federer confirmed last week that the Laver Cup will be his last tournament before retiring and tonight’s match will be his final match. The 41-year-old had spent the past year trying to recover from a third surgery on his right knee.

But he suffered a setback in his recovery and decided that he wouldn’t want to risk further injury by returning one final time.