He was banned from playing professional tennis due to testing positive for cocaine, but Dan Evans has enjoyed quite a resurgence to take him to the top of British tennis all in the space of three years.

Evans provided the positive sample at the Barcelona Open on 24 April 2017, which he explained had accidentally mixed with his medication in a washbag.

Governing body the International Tennis Federation (ITF) explained that, because cocaine is not performance-enhancing and it was taken out of competition, a potential four-year ban was instead 12 months.

“I am determined to return to the sport I love,” said Evans, who had reached the fourth round of the Australian Open in January that year. “I want to thank everyone who has supported me throughout this difficult period.” 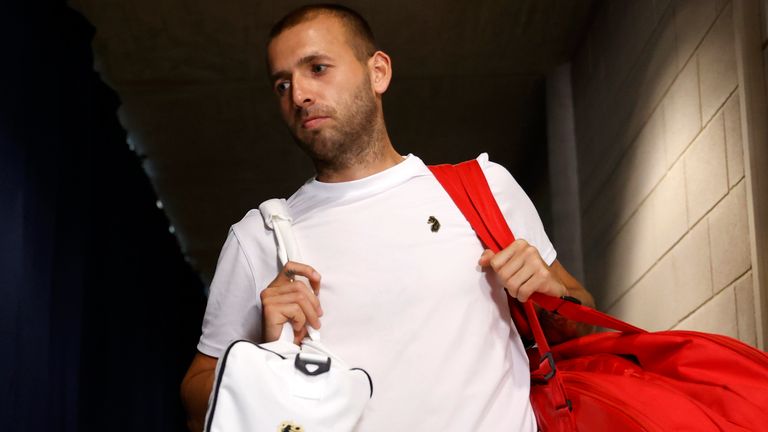 Evans promptly stayed low. He did not play tennis for eight-and-a-half-months, leaving his racket at his parents’ house, instead spending time on the golf course and in Cheltenham with his girlfriend Aleah.

“It’s the worst thing I’ve ever done. It’s a shocking thing to do, it’s let down many people,” he admitted.

Birmingham-born Evans sought the help of a sports psychologist and returned to the game a year later, without a coach, without a sponsor, and without a ranking to his name.

He found difficulty on his return to the tour as the All England Lawn and Tennis Club did not give him a wild card into Wimbledon, which saw him have to enter a pre-qualifying event played on school courts, but as time passed Evans grasped his second chance on tour.

Victories in Surbiton and Nottingham gave Evans a major confidence boost before assuming the British No 1 ranking for the first time in his career when he reached the final of the Delray Beach Open. Starting the 2019 season as the world No 190, he had risen up 147 spots to No 43.

“If you get another chance, it’s probably your best chance,” Evans said. “If you don’t take the first one, really go after the second.” 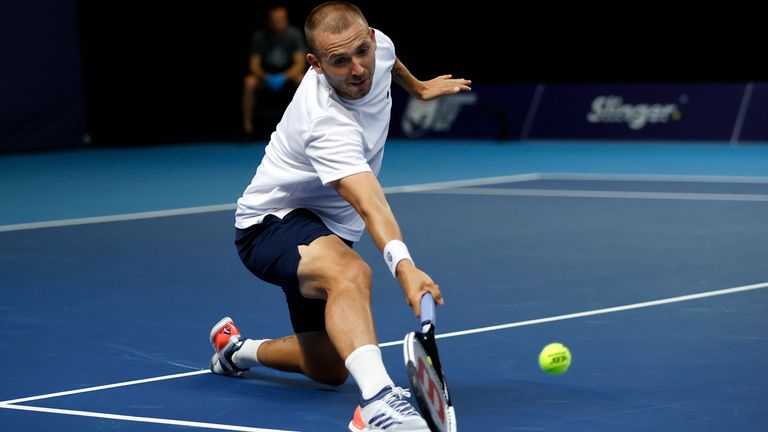 Evans was part of Leon Smith’s Great Britain team which reached the semi-finals of the Davis Cup in Madrid and then the quarter-finals of the ATP Cup.

A stunning run to the semi-finals in Dubai enabled Evans to catapult up to world No 28 but then came lockdown to stop the momentum.

Last week Evans lived up to his reputation as the nation’s top-ranked player by going unbeaten through the round-robin singles tournament called the Battle of the Brits.

The exhibition event at Roehampton pitted the best of British with Andy Murray, Kyle Edmund and Cameron Norrie amongst the challengers, but it was 30-year-old Evans who dominated his domestic rivals to come out on top. He seems very, very focused on his tennis right now, working hard, and competing extremely hard with every match that he plays so he’ll definitely give himself opportunities to get higher in the ranking. Earlier in the week, three-time Grand Slam champion Murray praised Evans’ game, saying: “I like watching him. He plays really, really well. He plays a different game-style to a lot of guys out there and he obviously started this year extremely well.

“What’s impressive for me is that Dan is ranked 28 in the world – I think that’s a brilliant achievement.

“From where he has come from off the court I would say he’s done extremely well to get up there. He has a game that a lot of guys won’t like playing against. I think he likes competing so he’s not afraid to play, which I think is a really positive thing. He’ll give himself opportunities to get higher in the rankings too because he can go out there every single week and he fights really hard on the court.

“He seems very, very focused on his tennis right now, working hard, and competing extremely hard with every match that he plays so he’ll definitely give himself opportunities to get higher in the ranking.” 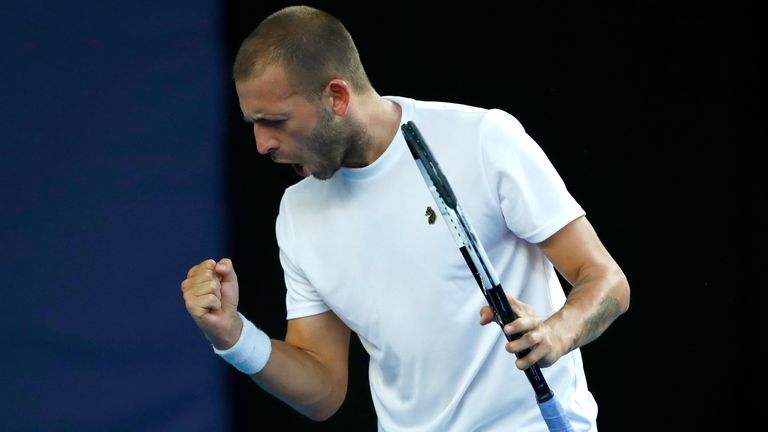 The lockdown period has enabled Evans to get into the best physical shape of his career, thanks to the help of Tim Henman’s former fitness trainer Kieron Vorster.

He can now look forward to the restart, which will be pretty relentless until the end of the year. But should Evans continues to show the same positivity and passion as he has shown throughout the week then only good things will come his way.