Roger Federer eased past Albert Ramos-Vinolas 6-2, 7-6 (7-5) to reach the last 16 of the Shanghai Masters on Tuesday, avenging a defeat to the Spaniard in their last meeting at the same stage of the tournament in 2015.

Second seed Federer, who received a first-round bye, broke Ramos-Vinolas twice in the opening set and sailed through his service games without facing a break point in the match. 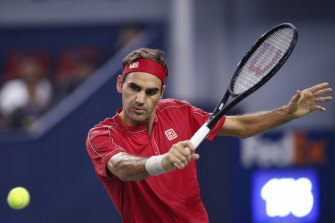 Federer, a twice Shanghai champion, will next meet Belgium's David Goffin or Kazakh Mikhail Kukushkin for a place in the quarter-finals.

Former world No.1 Andy Murray showed some more positive signs in his injury comeback but eventually went down in a bruising battle with Italy's Fabio Fognini. 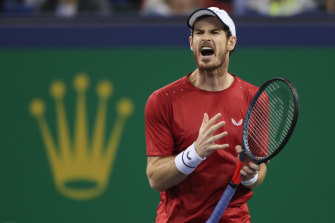 "There is a lot of things that I need to get better at, and I can do much better," said Murray, who underwent a career-saving hip resurfacing procedure in January.

"I will go away and I'll work on those things and be in a better position next time I play against him."

Meanwhile, Australian No.2 Ajla Tomljanovic has crashed out of the Tianjin Open in China, going down in disappointing fashion to Russia’s Veronika Kudermetova in the opening round.

World No.50 Tomljanovic lost 6-4, 6-2 as she struggled on serve, being broken four times and winning only 51 per cent of points on her service game to a player who is ranked five places above her.

Fifteen-year-old Coco Gauff proved she’s not done defying the odds by advancing to the second round of the Linz Open after getting a lucky loser draw less than an hour before the match was set to begin.

Gauff defeated Switzerland’s Stefanie Voegele 6-3, 7-6 (7-3) in the match which lasted around two hours. The teenager saved 62 per cent of the break-point opportunities against her.T

he American, who lost in the qualifying round, was notified of her lucky loser draw 49 minutes before the match was scheduled to begin, a WTA spokeswoman said, but kept her nerve to fire off two aces on her way to a straight sets win.

‘‘I didn’t know too much about my opponent,’’ Gauff said in a post-match news conference. ‘‘I think I just found out how she kind of played word of mouth.’’

The performance came amid a transformative year for Gauff, who stunned Venus Williams in the first round of Wimbledon and electrified fans at Flushing Meadows before falling to Naomi Osaka in the third round of the US Open.