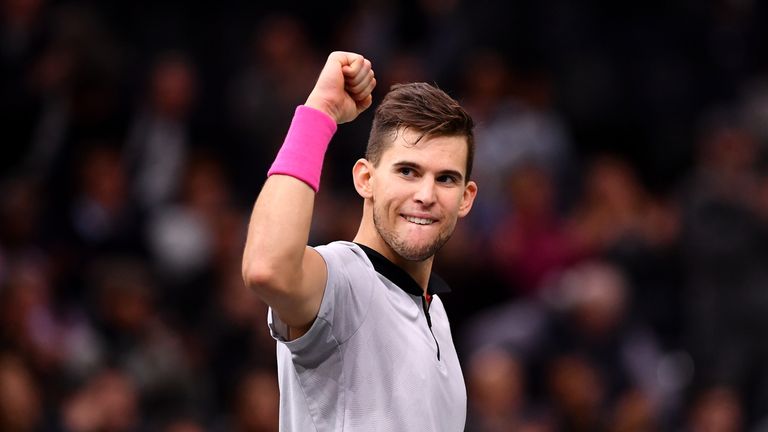 Dominic Thiem came through against defending champion Jack Sock to set up a semi-final encounter with Karen Khachanov at the Paris Masters.

Thiem was forced to fight back from a set down before seeing off the American 4-6 6-4 6-4 in Bercy.

The Austrian will continue his bid to qualify for the ATP Finals for the third consecutive year by facing in-form Khachanov for the first time.

“Jack was playing a great game and had a very good start and it was a great fight again, but it’s really something special for me to reach this stage,” world No 8 Thiem said.

Khachanov pulled off one of the big surprises when he outplayed tennis’s top young gun, Germany’s Alexander Zverev, 6-1 6-2 in a feisty contest to power into the last four on Friday. 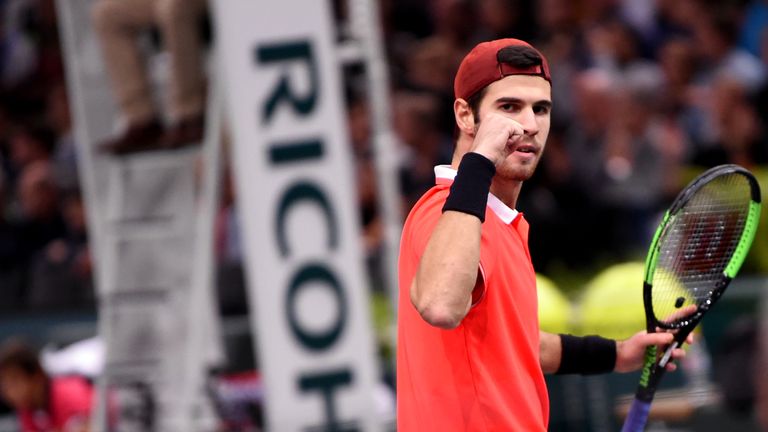 The 22-year-old Russian, another of the sport’s brightest prospects, took ruthless advantage of Zverev’s battle with shoulder trouble to break his serve six times in 70 minutes and reach the last four of a Masters event for the second time after a semi-final run in Toronto this summer.

At the end of a one-sided first set, Zverev complained to Khachanov about the over-zealous reactions of the Russian’s camp at courtside.

“When you are losing, maybe you get frustrated from some calls from somebody in the crowd. Maybe somebody from my box screamed on his mistake and that was the reason,” Khachanov, who won the Kremlin Cup in Moscow last month, told Sky Sports afterwards.

“But then we’re good friends outside the court and everything is fine.” 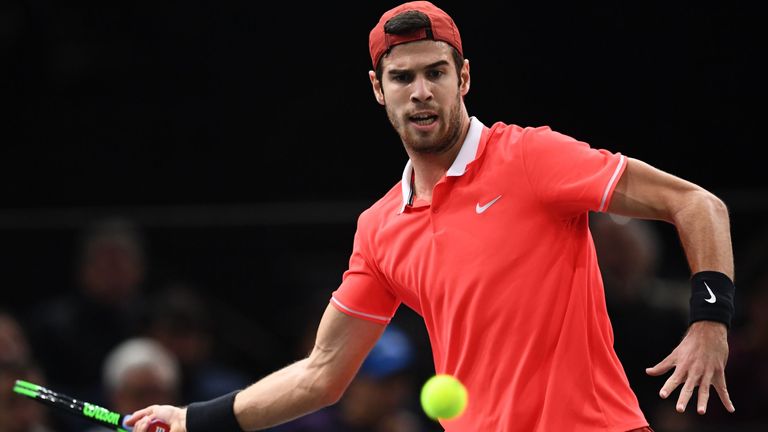 Zverev, who has qualified for the ATP Tour Finals for the second year running, offered his point of view.

“I told him my shoulder is hurting and that his uncle, or something, he’s going a bit crazy,” he said. “And I told him to tell him to keep it down because he was going a little bit too much over the edge.

“I was never going to win the match, so it was just I told him to calm down a little bit.”