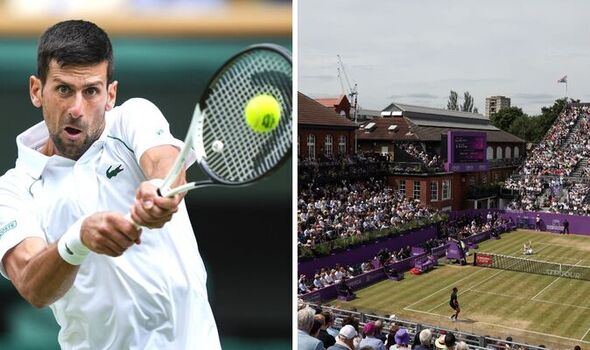 The likes of Novak Djokovic could play a new tournament in London as the ATP chief assessed the chances of introducing a Masters 1000 in the lead-up to Wimbledon. Currently, the two biggest tournaments before the grass-court Major are held in west London’s Queen’s Club and in Halle, which would be the two big candidates to get an upgrade to Masters level.

The grass is the only surface which doesn’t currently have a Masters 1000 event, with three of the nine a year held on clay while the remaining six are on indoor and outdoor hard courts. There are two ATP 500s played on the surface two weeks before Wimbledon begins – Queen’s and Halle – and the top players could soon be attracted to competing in London if the tournament gets a boost to become a Masters 1000.

“Our plan is to have 10 Masters events,” ATP chairman Andrea Gaudenzi told Germany’s Tennis Magazin. The Italian admitted it made the most sense to introduce one on the grass, adding: ”There are three weeks between the French Open and Wimbledon. Grass is the only surface on which a Masters 1000 tournament is not played.”

And he continued by confessing that London and Germany made the most obvious hosts of a potential Masters on the surface. ‘A ‘grass Masters makes sense, especially in the large and important market of Germany, which was the number one tennis market in the 1990s,” the ATP head continued.

JUST IN: Raducanu ‘didn’t train for eight months’ a year before winning US Open 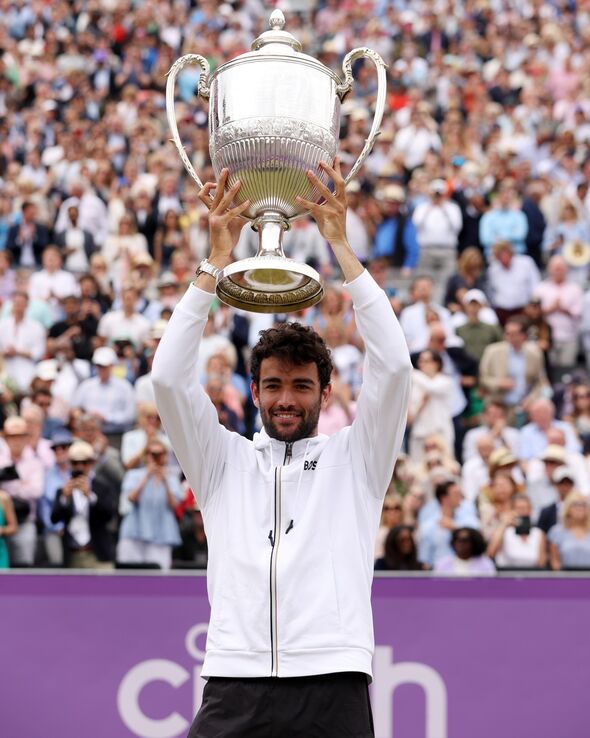 “Germans love tennis and its history. It’s the same with the UK  market. It has the same chances as Germany. It offers the advantage that the players are already in London before Wimbledon. But London has Wimbledon.”

As well as looking at the option of upgrading Halle, an independently-run tournament, the German Tennis Federation could also look at the possibility of staging a Masters in the likes of Munich, Hamburg or another city. But Gaudenzi said big cities were preferred, adding: “Ultimately, this is due to the Deutsche Tennis Bund, which has to clarify internally which city is most suitable. 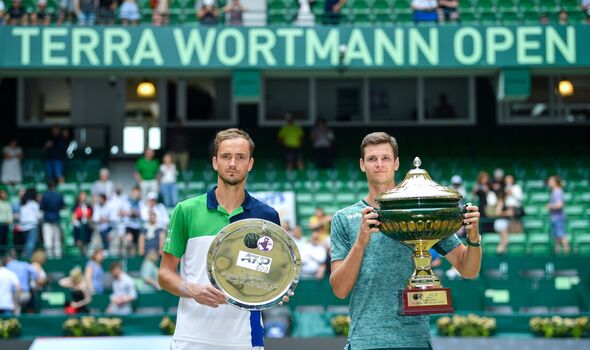 “Generally, there is the preference of the ATP board that they would rather play in big iconic cities. There’s Melbourne, Paris, London, and New York, for the four Grand Slams.” Top players like Djokovic and Nadal have not competed on the grass at all between the French Open and Wimbledon in recent years, with the Serb’s last outing at Queen’s coming four years ago.

But they could be incentivised to add another tournament to their schedule if it was a Masters 1000, which are mandatory for players who qualify via their rankings. Players like Djokovic and Nadal are eligible to skip some mandatory events given the number of years they have spent on tour, but a Masters at Queen’s would serve as the perfect preparation for Wimbledon, being held on the other side of the river to the All England Club.