Daniil Medvedev has revealed the conversation he had with Rafael Nadal after the Spaniard won the US Open.

That puts him one behind Roger Federer while Nadal now sits four titles ahead of Novak Djokovic.

The rivalry between the three shows no signs of slowing down though the next Grand Slam will now not be until 2020.

Medvedev was in his first Major final and came so close to upsetting the odds as he recovered from two sets down.

And the Russian has revealed he wish Nadal luck in his battle against Federer and Djokovic when the two spoke at the net after the US Open final.

When asked about the chat, Medvedev said: “Yeah, I don’t remember everything. Well, I congratulated him. 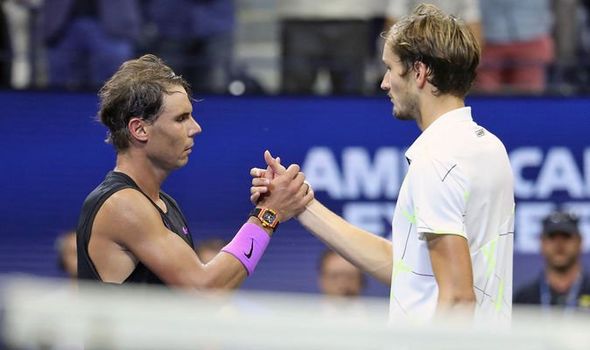 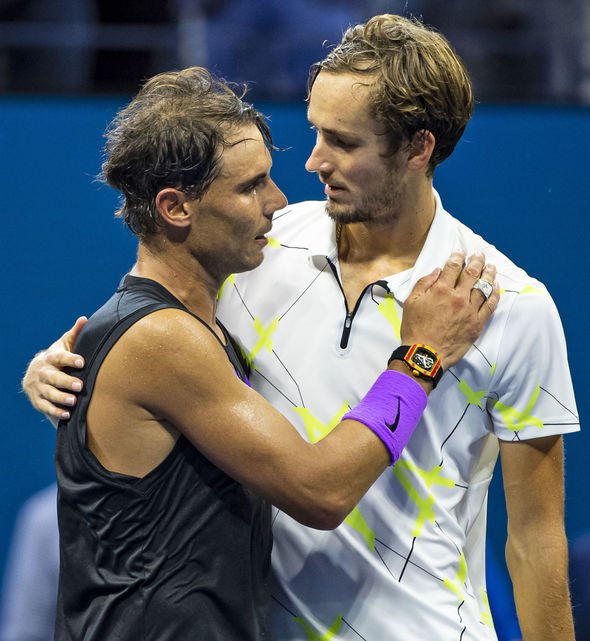 “Then I said what I think is they have a great contest between three of them, and I wished him luck to be one of the three, to be better, yeah.

“Because I do think they have a great contest, and it’s fun to watch.”

The battle for most Grand Slams is expected to go on with Nadal aged 33 and Djokovic 32.

And Greg Rusedski believes they will both overtake Federer’s tally. 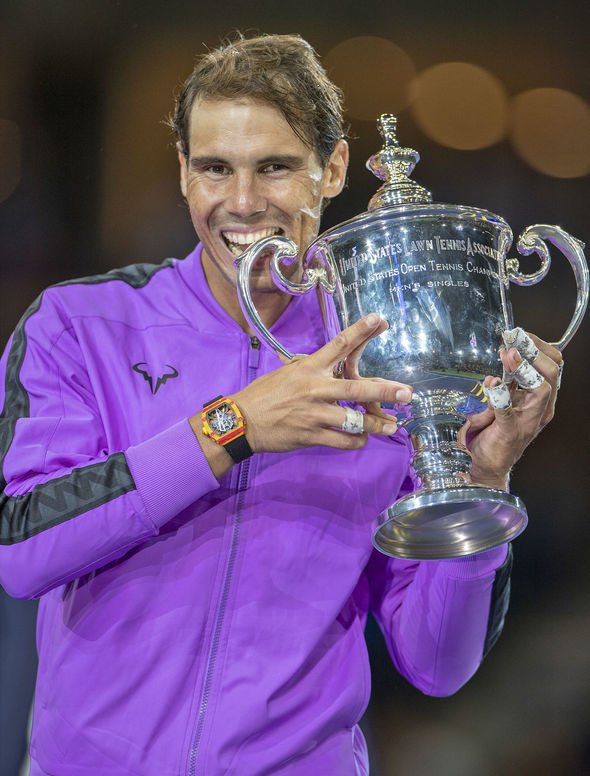 “I thought Djokovic was going to win here this year. He’s got a lot more work to do but I’m thinking Djokovic and Nadal will both pass Federer.

“The way Rafa played tonight it’s between those two for the most. That was just phenomenal.”