London: British ace Andy Murray has described his hip operation as "life-changing" as he prepares to return to competitive tennis. 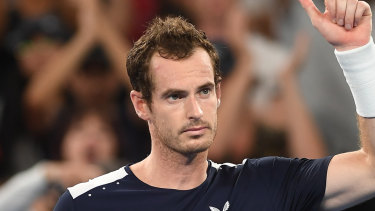 Andy Murray during the Australian Open, which at one point looked like being the former world No.1’s swansong.Credit:AAP

Former world No.1 Murray has entered the doubles at Queen's Club with Feliciano Lopez in what will be his first taste of action since undergoing surgery in January.

The tournament, which starts on Monday, represents Murray's first tentative steps towards resurrecting a career that was feared over due to a chronic hip condition.

Murray is also expected to play doubles at the Eastbourne championships the following week and at Wimbledon.

Such was the pain Murray was in that he considered quitting the sport on more than one occasion.

So the 32-year-old Scot is relaxed about his prospects of returning to anywhere near the heights which saw him win three grand slam singles titles. 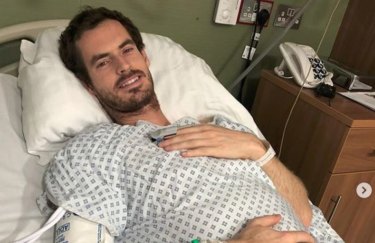 Andy Murray after his hip surgery in January.Credit:Instagram

"There were a number of times over the last 18 months where I did want to stop, I didn't want to play any more, I was getting no enjoyment out of tennis at all," he said.

"Now, I like playing tennis. I'm a fan of the sport, I played it as a kid and I want to keep playing if I can.

"I didn't know how I was going to feel if I went and had the operation but it's been brilliant, completely life-changing for me from where I was.

"Yes it would be nice to be winning Wimbledon and things like that, but hardly anyone gets the opportunity to do that, and there are loads of players who still love and enjoy the sport without winning the biggest competitions.

"I would hope that I would be able to deal with that and enjoy it."

"I don't know how I'm going to feel when I get back on the court, but I feel lucky, I feel relaxed, I didn't expect to be in this position," Murray said.

"I'm looking forward to getting back out there, but I don't know what to expect. I'm not putting any expectations on myself because just being out on a tennis court again, and being comfortable and pain free is enough.

"I'll enjoy competing. I enjoyed practising, hitting tennis balls, doing all the things I couldn't do even a few months ago, so we'll see what happens."