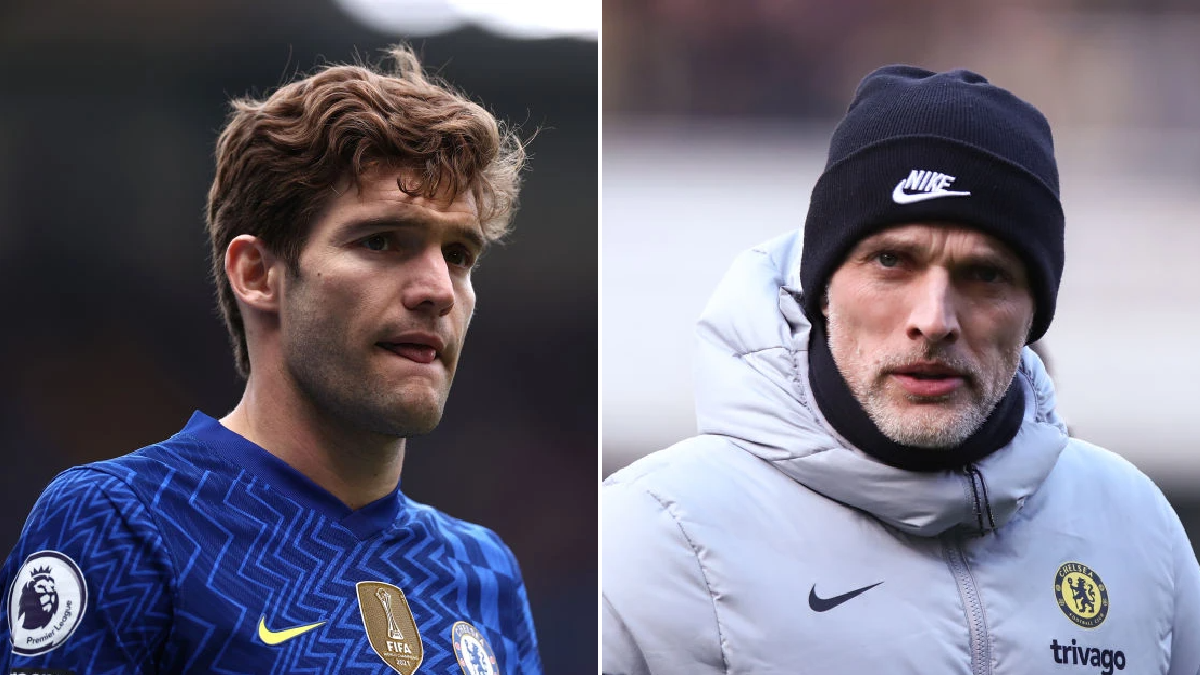 Chelsea have reportedly dismissed claims Marcos Alonso and Thomas Tuchel had a half-time bust-up during Saturday’s 2-2 draw with Wolves – though the left-back was unhappy with his substitution.

The west Londoners threw away a two-goal lead at the weekend as their season continues to fizzle out, with Conor Coady netting a 97th-minute equaliser as new owner Todd Boehly watched on.

After a goalless first half, Alonso was withdrawn at the break and replaced by Saul Niguez, with rumours appearing on social media after the match suggesting the defender was none too happy about his withdrawal.

The issue is believed to have stemmed from a moment shortly before half-time when Alonso lost possession and was a little slow to track back initially, prompted calls from the dugout, and the Spaniard appeared to gesticulate and yell back at the bench.

But, according to The Sun, Chelsea have denied any bust-up between Alonso and Tuchel in the dressing room during the half-time interval.

Alonso did, however, feel that he was having his effort questioned during the match and was being made a scapegoat for the side’s poor first-half display.

Rather, the 31-year-old felt the team’s tactics were to blame for the ineffective showing – and their disappointing end to the season in general.

Nevertheless, Alonso respects Tuchel’s right as the manager to sub him off and hopes to be selected against Leeds on Wednesday evening to put the incident behind them.

The Sun’s report also claims Tuchel hauled his players back in for extra training after the late collapse against Wolves and is desperate to get the players back to their previous high standards – particularly with the FA Cup final against Liverpool just a few days away.

The players were unhappy at being called in, particularly given that they have already played 59 games in a gruelling campaign, but Tuchel felt it was necessary and got the players together for a frank meeting about their recent form.