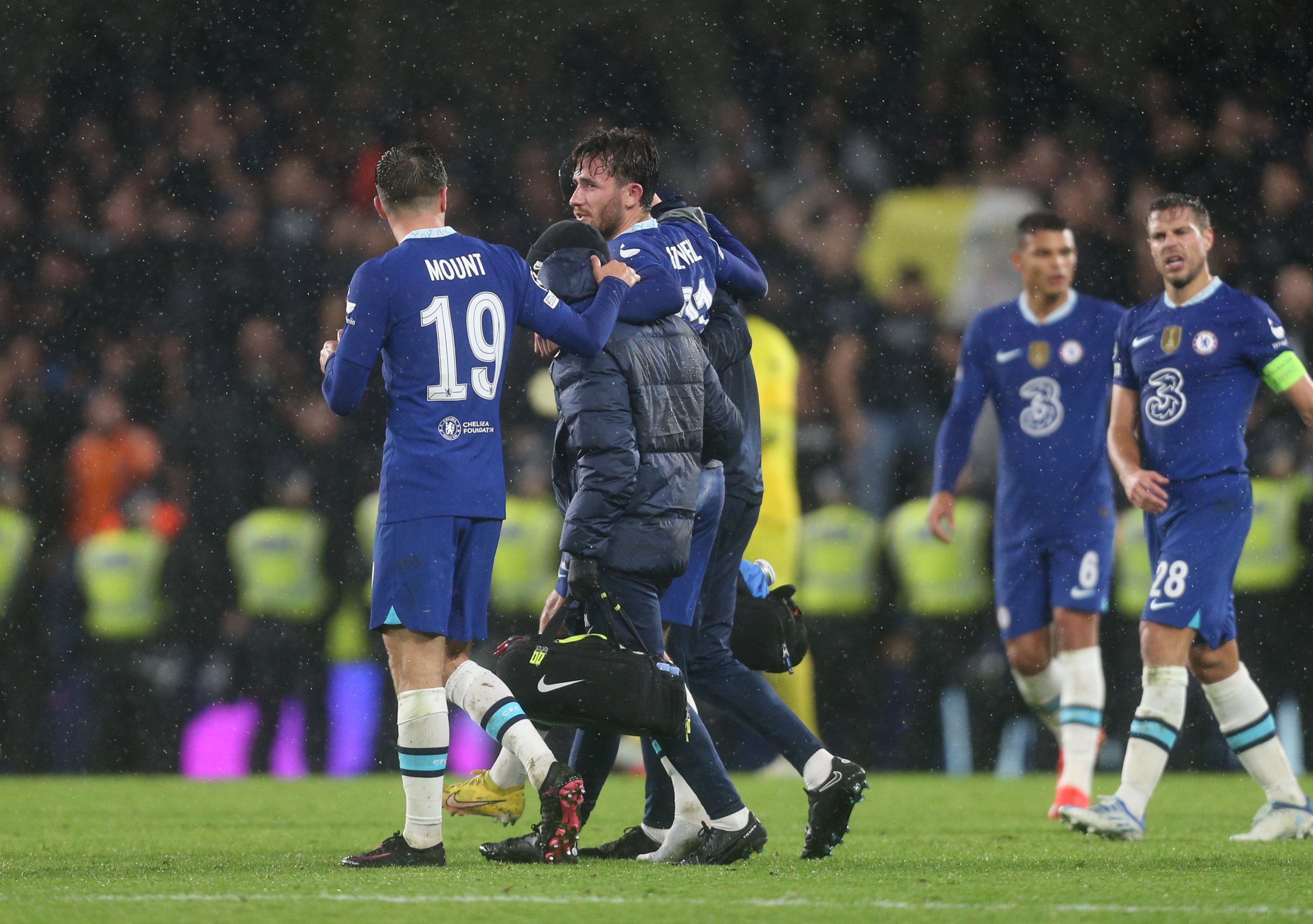 The England left-back pulled up clutching his left hamstring in the closing stages of Chelsea’s 2-1 victory at Stamford Bridge and was forced to leave the pitch with the help of two of the club’s medical staff.

As he left the pitch, television cameras caught Chilwell telling his Chelsea and England teammate Mason Mount that his hamstring had ‘popped’.

‘It’s a hamstring. We will have to scan it and see how it is.’

Chilwell is now a major doubt to be fit for the start of England’s World Cup campaign, which begins with their first game in Group B against Iran on November 21.

Earlier on Wednesday evening, Tottenham confirmed that Heung-Min Son will undergo surgery on a fracture around his eye, putting his hopes of making the World Cup with South Korea in jeopardy.

Liverpool’s Diogo Jota has already been ruled out of Portugal’s World Cup campaign with a calf injury, while Manchester United defender Raphael Varane is also attempting to overcome a hamstring injury in order to make France’s squad. The World Cup holders are already without Paul Pogba and N’Golo Kante.