West Ham face competition from Fiorentina and Porto in their pursuit of Brazilian defender Leo Ortiz.

Red Bull Bragantino want £8million for their 26-year-old captain, who told Sportsmail: ‘I believe a move to Europe to compete in the biggest championships would make me an even better player.

‘It has always been my ambition. The Premier League is one of the best leagues in the world. Very competitive, with great games and the atmosphere in the stadiums is always special. 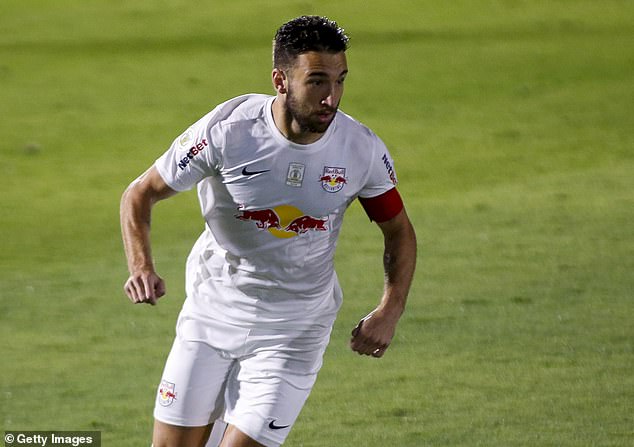 ‘I watch it a lot whenever I can and my whole family really likes to watch it too, so we are always watching and commenting on the games. And now, in the national team, I am able to exchange ideas with some players who are in the Premier League and they said that it really is a different and special championship to play.’

Ortiz, the son of a famous Brazilian futsal player known as Ortiz, is regularly called into Tite’s Brazil squad and, although he is yet to make his international debut, he has a strong chance of making the World Cup squad.

‘Of course it is a dream to play in the World Cup,’ he said. ‘It’s the dream of every football player. 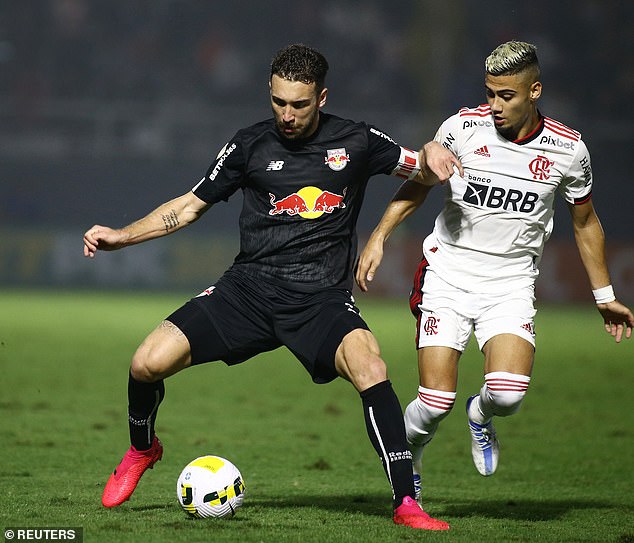 ‘Something that was also unforgettable for me was the two goals in Ronaldo’s final against Germany. Very good memories of a memorable title for Brazil.’

Ortiz himself did not switch from futsal to football until the age of 15, at the suggestion of former Olympic coach Andre Jardine.

‘It was difficult to adapt but little by little I liked it,’ he said. ‘Initially I played as a midfielder, but because of my reading of the game and the ball out I was tested in the defence and from the first moment I adapted very well to the new position.’