With the Europa League final fast approaching, Ole Gunnar Solskjaer is looking to win his first continental trophy as a manager and achieve his first piece of silverware as the Manchester United boss.

The Red Devils were named as the favourites to win the competition after an impressive winning run saw them top the Premier League table earlier this season and cruise through the opening rounds of the competition.

However, there are growing concerns over United’s recent drop in form after Solskjaer’s side suffered defeats to both Leicester City and Liverpool in their last Premier League fixtures. 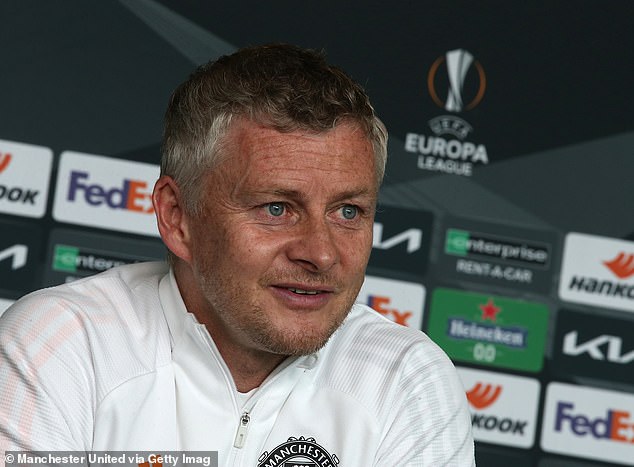 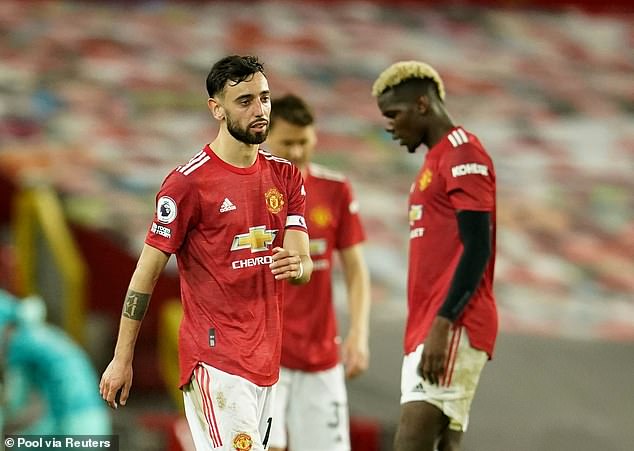 However, there are several United players that will need to prove their worth ahead of the final

Nevertheless, the United boss says he does not agree with the ‘narrative’ that Manchester United have suffered an alarming dip in form as he prepares his side for their Europa League final against Villarreal.

Regardless of Solskjaer’s comments, there are several Manchester United players that will be looking to prove their worth ahead of the Europa League final on May 26.

Sportsmail have rounded up a list of players that will be looking to not only cement their place in the team but rectify their recent mistakes. 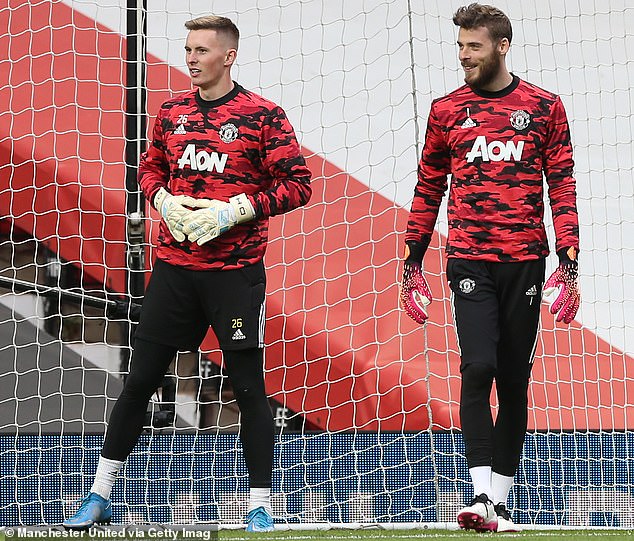 Those include the likes of Henderson (left), De Gea (right), Pogba, Fred, Lindelof and Bailly

Manchester United have been impressed with Dean Henderson’s performances when called upon this season.

As a result, he has established his place as the No.1 choice between the sticks for United during their recent Premier League fixtures.

David De Gea, on the other hand, has been relegated to cup duty despite having been regarded as the club’s first-choice goalkeeper for the past decade.

Nevertheless, the pair have both started four of United’s eight knockout fixtures in the Europa League and will be eager to play in the all-important final against Villarreal.

Henderson will, however, feel the need to prove himself to the United manager ahead of the final after producing a disappointing performance against Liverpool last week.

Roy Keane criticised Henderson on Sky Sports for ‘looking too small’ in goal as Liverpool floated four past him. 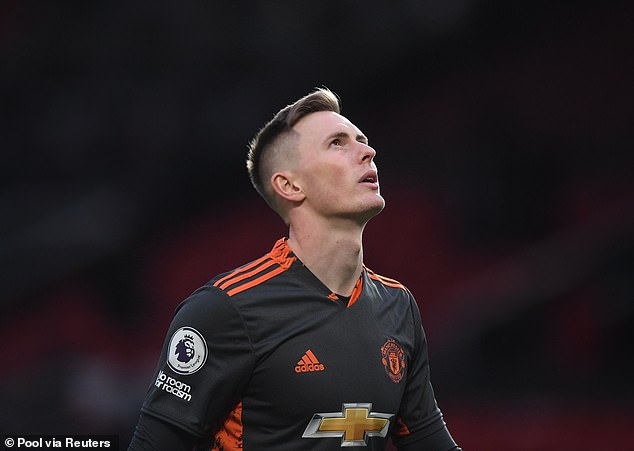 Henderson has been leading the way for Manchester United as of late but Solskjaer says he is yet to make a decision on who his starting goalkeeper for the Europa League final will be.

As a result, the door remains open for De Gea – who will look to capitalise on Henderson’s poor performance against Liverpool.

De Gea played an important role in helping Manchester United reach their first final under the Norwegian boss – having provided several important saves during their clash with Roma.

Following United’s second-leg fixture against Roma, many hailed De Gea as the ‘standout performer’ at the Stadio Olimpico.

He produced several first-class saves in the opening minutes of the game before stopping two exceptional efforts from Edin Dzeko and Bryan Cristante.

The goalkeeper denied Kelechi Iheanacho of an exceptional opportunity to keep the game close.

Nevertheless, a loss is a loss. 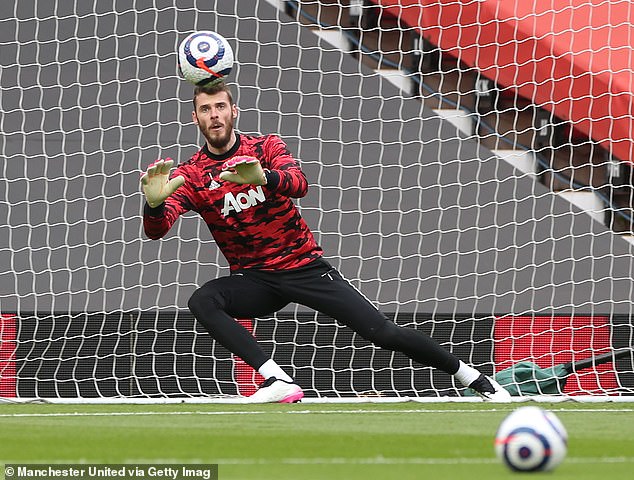 David De Gea will be looking to fight for the No.1 shirt for the Europa League final on May 26

For the most part, Solskjaer has started Harry Maguire and Victor Lindelof together this season. However, the Swedish international has failed to live up to exceptions on several occasions.

With Maguire ruled out of Manchester United’s fixture against Liverpool, Lindelof’s flaws were exposed. The game presented the opportunity for the 26-year-old to cement himself as the next best defender in the squad but instead showed his inability to keep up when faced with a fast-paced, attacking side. 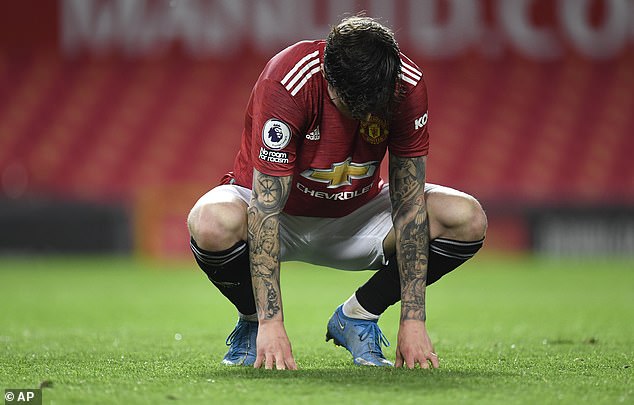 With Harry Maguire ruled out for the foreseeable future with an ankle injury, United’s defensive responsibilities have fallen to Lindelof and Eric Bailly.

Bailly has struggled for consistency at Manchester United this season, with injuries and a positive Covid-19 test preventing him from cementing a regular place in Solskjaer’s side.

Having missed a total of 20 games this season, Bailly has only made 100 appearances in all competitions for United since arriving from Villarreal five years ago.

For the games that Bailly has been available for, he has failed to convince Solskjaer that he should be Maguire’s regular partner in United’s defensive line.

He was recently slated for his performance against Liverpool – with many people saying he looked ‘lost’ during the 4-2 loss.

During United’s clash with Jurgen Klopp’s side, Bailly almost gave away a penalty. However, thankfully for the 27-year-old, Anthony Taylor reversed his initial decision after consulting the VAR pitch-side monitor.

He went on to cause more problems for United and was ultimately subbed off for Nemanja Matic after picking up a yellow card for a dangerous challenge on Diogo Jota. 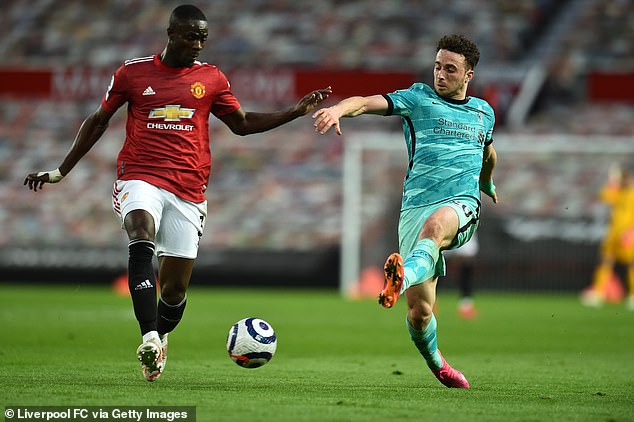 Fred – who has been called up by the Brazil national team for the first time since 2018 – is looking to prove himself at Manchester United after experiencing a recent dip in form at the club.

Fred was called up to the national side after two improved club seasons at United deemed him worthy of a spot in the Brazil squad for the upcoming World Cup qualifiers against Ecuador and Paraguay.

However, Fred’s performances for United as of late have been criticised, with Roy Keane claiming the midfielder could even ‘prevent the club from winning big trophies’.

The Brazilian was blamed for his role in Liverpool’s third goal on Thursday after he gave away possession with a poorly timed pass.

The 28-year-old also looked off the pace, struggling to keep up defensively with Jurgen Klopp’s attacking players. 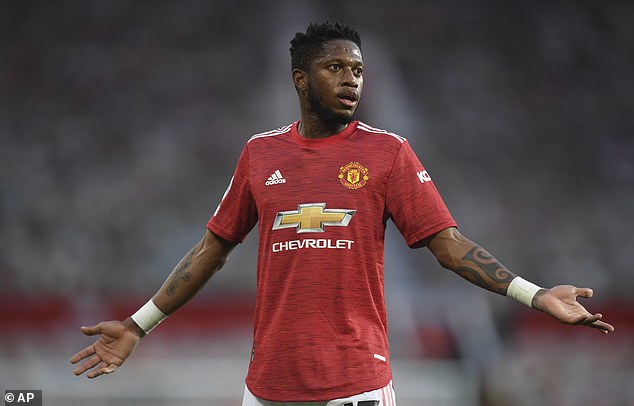 Paul Pogba struggled for form and fitness after returning to Manchester United from Juventus in 2016 and has subsequently failed to live up his £89 million price tag.

When available for United during the 2020-2021 campaign, Pogba has had a mixed bag of performances.

The World Cup winner was outstanding in United’s 6-2 win against Roma in their Europa League semi-final first leg.

But has struggled to remain consistent with his performances in the Premier League.

The Frenchman’s inability to defend has been alarming during the current campaign, with many criticising him for being on the floor for three of Liverpool’s goals at Old Trafford.

Pogba also failed to track Liverpool right-back Trent Alexander-Arnold on Thursday and even let Roberto Firmino escape to head in a free-kick early in the second half. 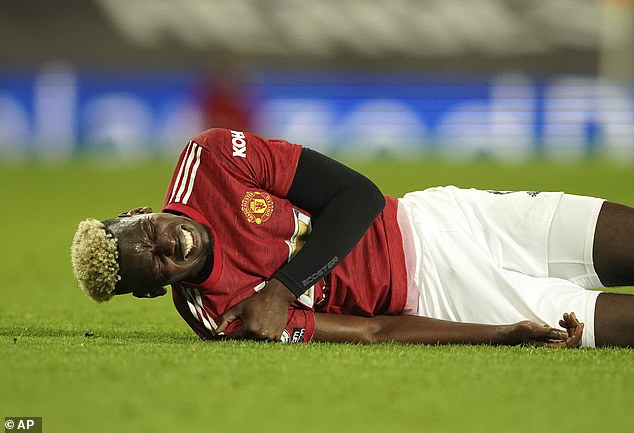