The man who put the steel in Arsenal: Unai Emery is proving his side can battle like the best while also playing with attacking freedom and verve

This was supposed to be the night Arsenal’s revival would be exposed as artificial. Instead, we left thinking the total opposite.

There is substance to Unai Emery’s revolution, the battling point against Liverpool on Saturday tangible evidence of their huge improvement.

Under Arsene Wenger, at least during his final years in charge, this team would have crumbled once James Milner fired the Merseysiders ahead. 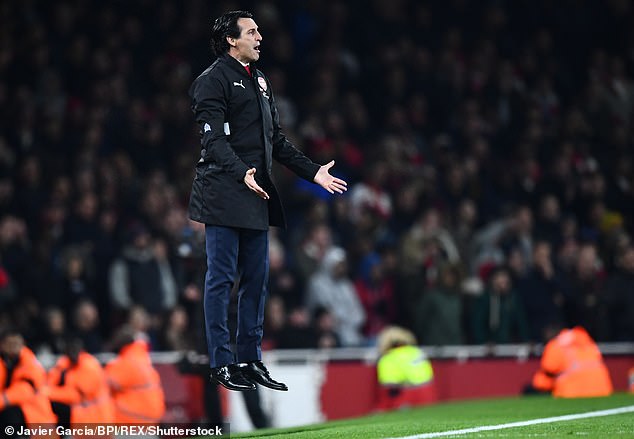 Not any more, it seems. Arsenal dug deep and clawed their way back into the game. Alexandre Lacazette’s late equaliser earned them a fully deserved point. Gutsy. Very gutsy.

There was a moment in the first half when manager Emery celebrated Granit Xhaka’s perfectly executed last-ditch tackle to deny Mohamed Salah as though his team had just scored.

It encapsulated everything that is good about the new Arsenal. There is now a resilience to the team and that steel clearly stems from Emery.

It is now 14 matches unbeaten for the Gunners. Twelve of those games have ended in victory. Yet this draw was by far the most significant. 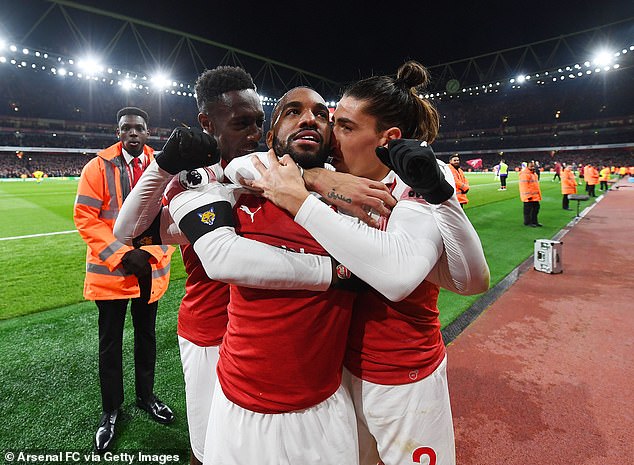 That brilliant sequence of 11 straight wins came against teams you would expect Arsenal to beat. Saturday represented the biggest test of Emery’s work yet, since those early-season losses to Manchester City and Chelsea.

The Gunners passed with flying colours. They were proactive, imposing their high-intensity style on Jurgen Klopp’s Liverpool. Arsenal enjoyed 62 per cent possession as they dominated for large periods.

However when it was necessary to hang in there, to compete rather than play football, they did that too. Wenger’s later teams never had that fortitude. One always felt they were one goal away from collapse, certainly against elite clubs.

Times are changing. For those who pushed so hard for Wenger to go, the result and performance against Liverpool will provide some vindication. 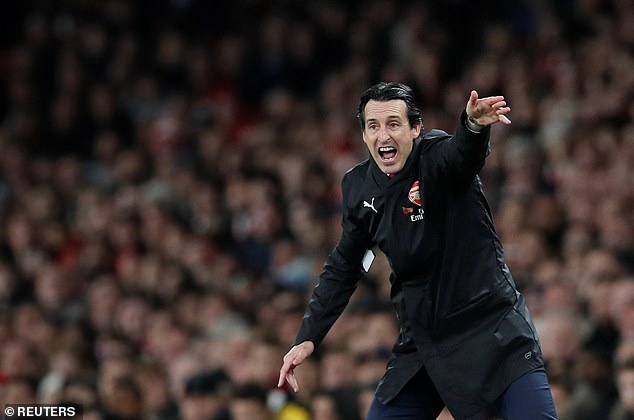 Asked why he celebrated that Xhaka tackle with such enthusiasm, Emery said: ‘Because in the 90 minutes, there are things tactically and creatively.

‘When you score it’s the best and most important moment in the game but I also enjoy the small details, individual actions defensively and offensively. The sequence of every action on the pitch determines if you win or not win.’

But the Spaniard’s influence is not restricted to the nasty side. Arsenal’s decision-makers were clear they wanted a coach — not a traditional manager — to replace Wenger.

That is partly due to financial constraints after two seasons without Champions League football, but there was also a realisation that Wenger was not improving players through coaching. 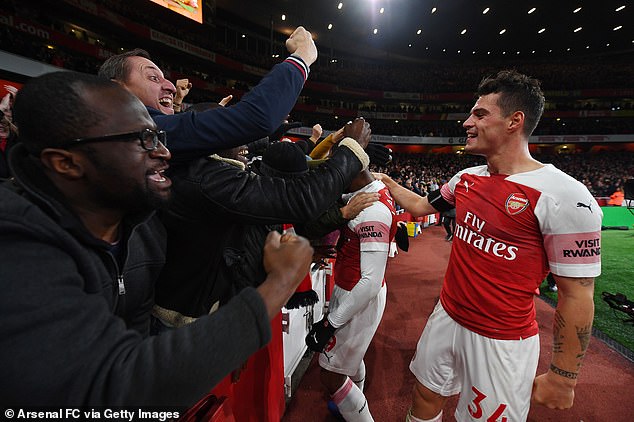 In contrast, Emery’s dedication to working individually with players has become a key feature — and Arsenal are already enjoying the fruits of his labours. Xhaka, Alex Iwobi and Rob Holding have all improved markedly.

Xhaka and Holding were outstanding on Saturday and the Switzerland midfielder said: ‘A lot of small things have changed. We have great character.

‘The manager is important for me. He helps us — not only me but all players — with the small things. Tactical things. You can see that on the pitch.’

It seems everyone is responding to Emery — even the fans when Liverpool went in front. Last season, supporters would have turned after Milner’s strike.

Perhaps it is Emery’s animated presence on the touchline, another change from Wenger, who was often criticised for spending too much time sitting down during matches.

‘I want to help the players from the bench, I want to give them my confidence and my energy,’ added Emery. Whatever he is doing, it is working.