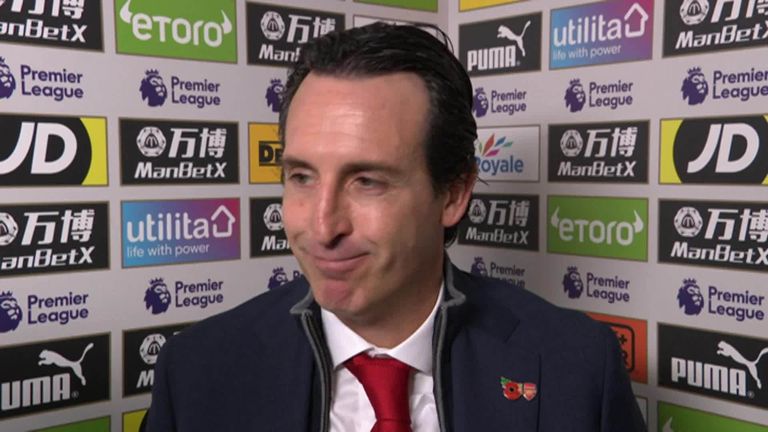 Unai Emery has revealed he encouraged Granit Xhaka to take more set-pieces, which triggered the touchline embrace between the pair after Xhaka’s goal for Arsenal against Crystal Palace.

The Gunners’ 11-game winning run came to an end at Selhurst Park, with the Eagles scoring twice from the penalty spot in a pulsating 2-2 draw on Super Sunday.

A stunning free-kick from Xhaka drew Arsenal level at 1-1 after the break and the Switzerland international sprinted over to the touchline to celebrate with Emery.

Explaining why Xhaka ran over to him to celebrate, Emery said: “At half-time we spoke about this situation – he has good quality from free-kicks and also to try to make more crosses. I tried to push him to do that. He has the quality to do that.” 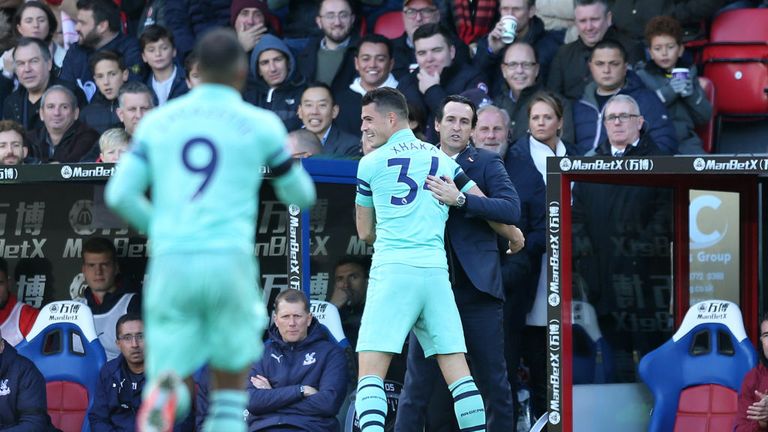 Xhaka backed up his manager’s quotes when quizzed about his celebration.

“I chose to shoot because the coach asked me why I didn’t take the corners or the free-kicks in the first half,” he told Arsenal’s official website.

“I think it was the first free-kick of the second half, so I took it. I was happy that I could score, but we can’t be so happy after the game.” 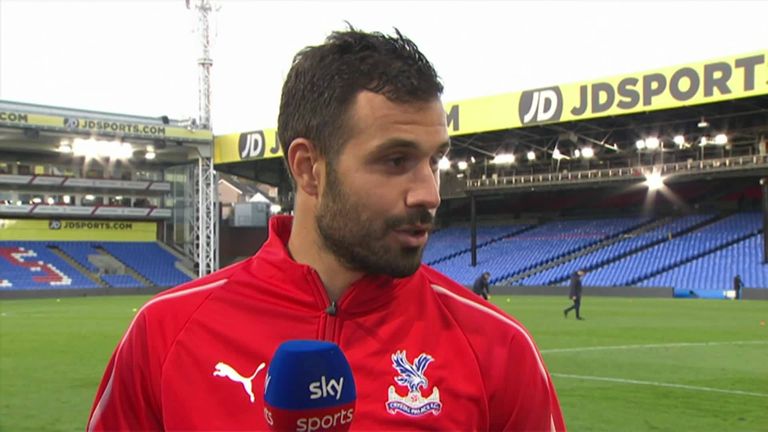 Arsenal were searching for a record-breaking 12th straight win in all competitions that would have put them level on points with second-placed Chelsea.

However, Wilfried Zaha teased Xhaka into a debatable foul inside the box late on and Luka Milivojevic stayed cool to net his second penalty and draw Palace level after Pierre-Emerick Aubameyang had put Arsenal 2-1 up.

“I am disappointed with the result but our work is good,” Emery said.

“It was a hard match. It’s not easy when they push with their supporters. The draw is not bad – over the 90 minutes the two teams deserved this result.”