UEFA has called for a ‘joint effort’ with Arsenal to help fans get to the Europa League final against Chelsea in Baku.

The two Premier League rivals are set to meet in the Azerbaijan capital on May 29 – but the decision to host the fixture in Baku’s Olympic Stadium has thrown up plenty of issues since the two London clubs qualified last week.

Arsenal and Chelsea have already declared their disappointment at the ticket allocation for the final, with both clubs receiving in the region of 6,000 tickets each for a stadium which has a full capacity of 69,870. 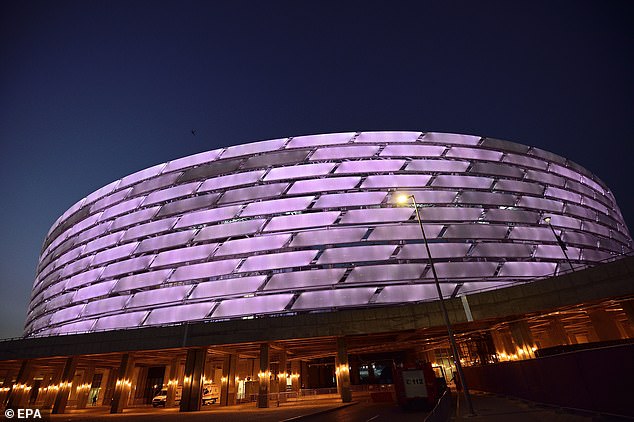 On Thursday, UEFA competitions director Giorgio Marchetti wrote a letter to Arsenal regarding the issues raised, in which he said: ‘I confirm our availability to work with you in order to find helpful solutions for your fans.’

Travel to Baku is also proving an issue for those fans who have qualified for a match ticket, with fans heading out from London facing a round trip of 2,500 miles to attend the game.

Arsenal are also liaising with the Foreign Office after it emerged season-ticket holders with dual British and Armenian citizenship have been denied visas to visit Baku because of tensions with neighbouring Azerbaijan.

Gunners midfielder Henrikh Mkhitaryan, captain of the Armenia national team, missed the Europa League group game against Qarabag in Baku earlier this season because of the issue. 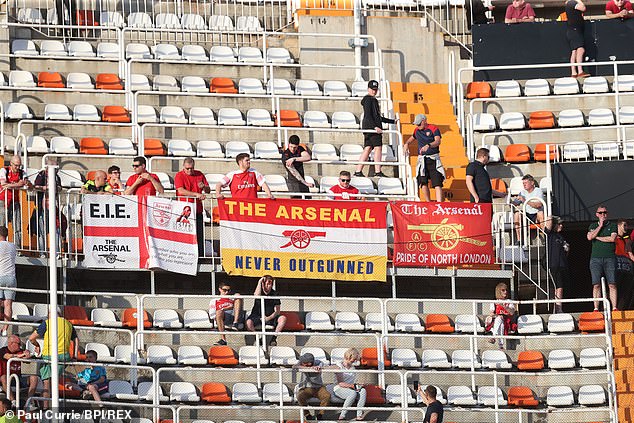 The club are now working with UEFA in the hope safety measures can be put in place to allow the 30-year-old to travel for the final as part of Unai Emery’s squad. UEFA also defended the decision to award the showpiece final to Baku.

Marchetti’s letter continued: ‘It goes without saying that an all-English final played by two London teams was not a very predictable event at the time of the appointment. There is little doubt that this has added significant difficulties to the event logistics.

‘We are really sorry for the problems that your (and Chelsea’s) fans are encountering trying to organise their journey to Baku.

‘Our experts are keenly working on this matter with a view to help find cheaper solutions for travelling fans. We would welcome a joint effort with your club in this respect.’ 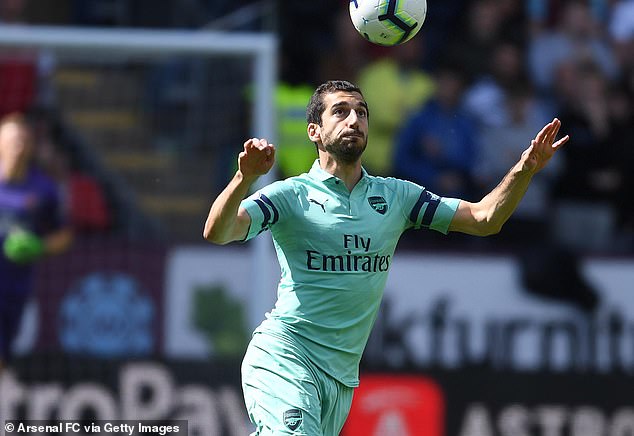 On the issue of ticket allocation, UEFA maintained the ‘high volatility in the number of fans following the two finalist teams’ was always a factor – one which had been exacerbated by two well-supported English clubs making the final.

The letter added: ‘It is therefore not advisable to establish the tickets quota of the two finalist teams as a proportion of capacity rather than on statistically based realistic figures.’

UEFA, though, maintained ‘fans are a priority, and all of them around Europe should have the chance to enjoy unique moments of top football.’

Marchetti’s letter to Arsenal finished with the message: ‘I trust your understanding as men of sport and representatives of a club with a long and glorious tradition and solid sporting principles. I confirm our availability to work with you in order to find helpful solutions for your fans.’