Thomas Tuchel hit out the state of the pitch, fumed at his error-strewn team and sympathised with angry fans as Chelsea crumbled to a third home defeat in a row.

‘You cannot win football games like this,’ snapped Tuchel after Arsenal’s 4-2 victory at Stamford Bridge. ‘It’s impossible to do these things in consecutive matches and we’re doing it.

‘You simply don’t see this, but we’re doing it at the moment.’ 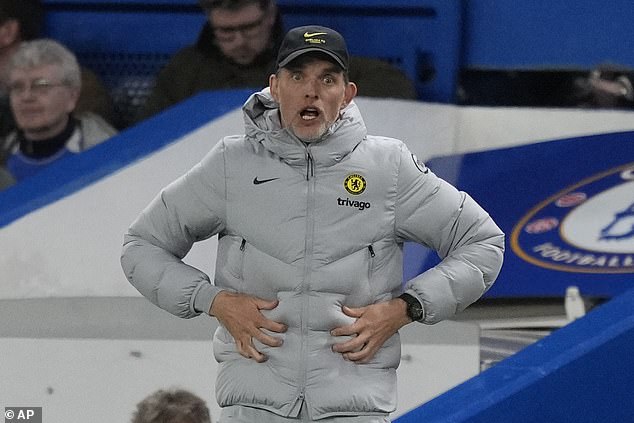 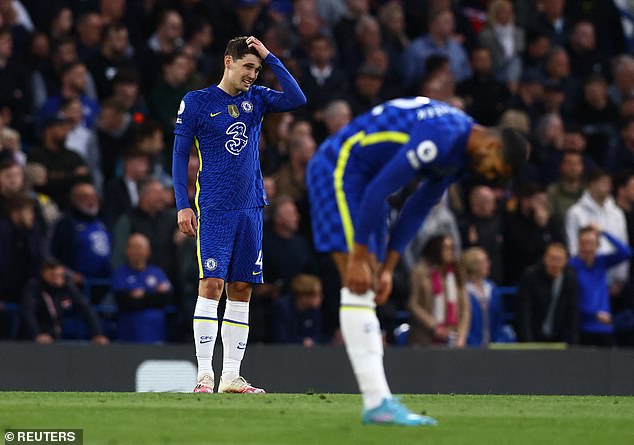 He insisted it was not down to the absence of Toni Rudiger, ruled out by injury last night.

‘We conceded seven goals with Toni against Brentford and Real Madrid,’ said Tuchel. ‘It’s not about individual players, it’s about the defensive performance.

‘You need to have the tactics right, which is doubtful if I had this right. You need the team selection right, also doubtful if I had this right. Then it’s a game for the players. They get the full praise when they do it and they have to face the reality that it’s impossible to win matches like this is you make this amount of mistakes of this calibre. It has to stop.’

Andreas Christensen made a mistake for the first Arsenal goal and did not return after half time. ‘He said he cannot continue,’ said Tuchel. ‘I do not substitute a player for one mistake. The pitch is difficult to play here, maybe it sounds like an excuse but it is a very difficult pitch here, not to our favour. 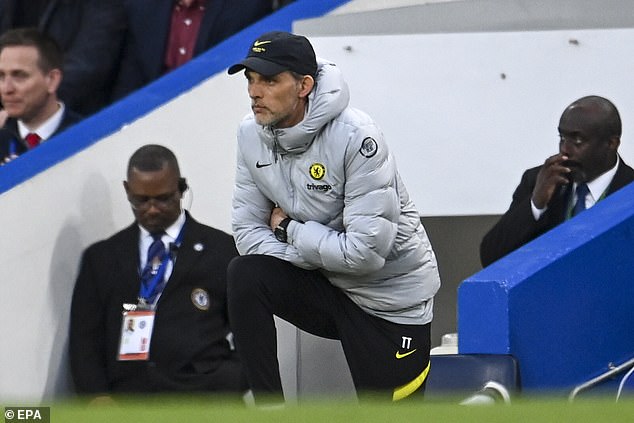 Tuchel insisted it was not down to the absence of Toni Rudiger, ruled out by injury last night

‘The ball bounces very awkwardly in front of Andreas but still we had the same mistake against Real Madrid that cost us the next round in the Champions League. This one cost us this match.’

And Tuchel went on: ‘Look at the penalty, an unbelievable goal from our ball possession. There is no tactics behind it. We have three ball losses in 10 seconds and then a foul where there’s not even the slightest danger, and rob ourselves of six minutes maybe for the equaliser.

‘There is nothing to analyse. It must be something. But obviously it’s possible to not do it because we proved it, and we thought we’d learned our lesson from Brentford and Real Madrid but obviously not.’

Chelsea captain Cesar Azpilicueta became embroiled in an exchange with a Blues supporter after the game. ‘I was not part of it,’ said Tuchel. ‘I saw it but, honestly, I can also understand the fan.’ 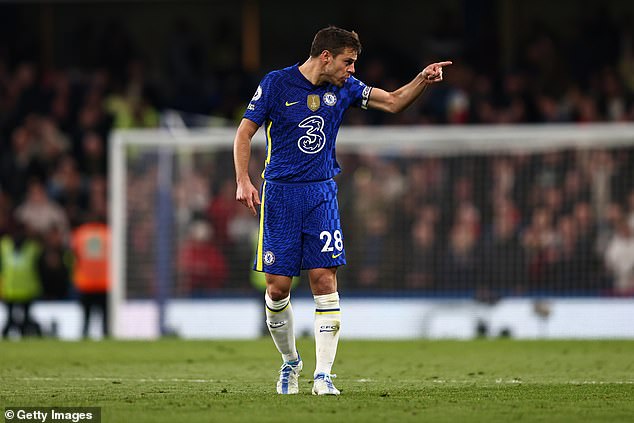 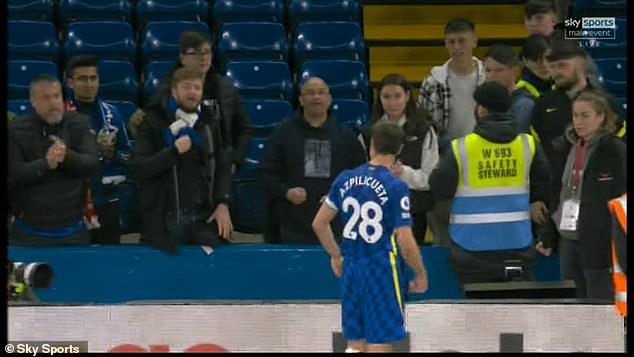 Arsenal stopped their rot of three straight defeats in resounding style, with two goals from Eddie Nketiah either side of one from Emile Smith Rowe and a stoppage-time penalty scored by Bukayo Saka, his first from the spot since his miss as England lost the Euro 2020 final in a shootout.

Mikel Arteta thought of sending on substitute Alexandre Lacazette to take the penalty until he realised Saka was about to take it and did not want to take away his chance of redemption.

‘When I saw Bukayo was going to take it, my first thought was to him back in the summer and what happened,’ said Arteta. ‘When that happened to Bukayo it happened for a reason and he learned so much and matured so much which is why he’s having the season he’s having.

‘I’m sure it was in the back of his mind, it took great character and courage.’ 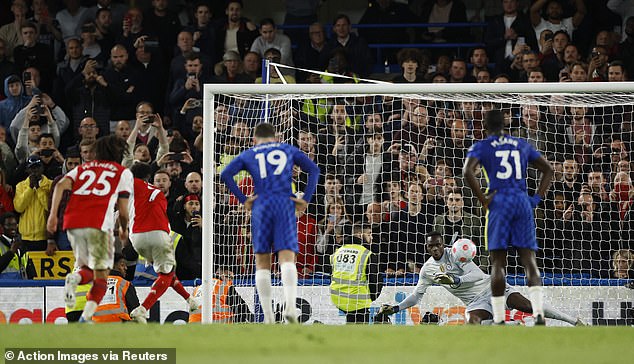 Bukayo Saka scored from the spot, his first since his miss as England lost the Euro 2020 final