Trials of additional permanent concussion substitutes could begin in January, the game’s law-makers have announced.

The International Football Association Board (IFAB) said its Concussion Expert Group (CEG) had met on Wednesday and said it was now preparing the ground for competitions to test new protocols.

“The members (of the expert group) recommended further consultation, working with the FIFA medical subdivision and other stakeholders, to facilitate trials to start from January 2021 for any competition that is interested in taking part,” a statement on the IFAB website read.

The statement also said: “The CEG again emphasised that the protection of players is the main goal and that a clear and uniform approach is needed, which can operate effectively at all levels of the game.

“Therefore, the group agreed that applying an ‘if in doubt, take them out’ philosophy would be the best solution to safeguard the health of football players.”

That would appear to show a direction of travel away from the idea preferred by world players’ union FIFPRO for a 10-minute assessment period, during which time a temporary substitute comes onto the pitch and stays on if the player with suspected concussion cannot return. 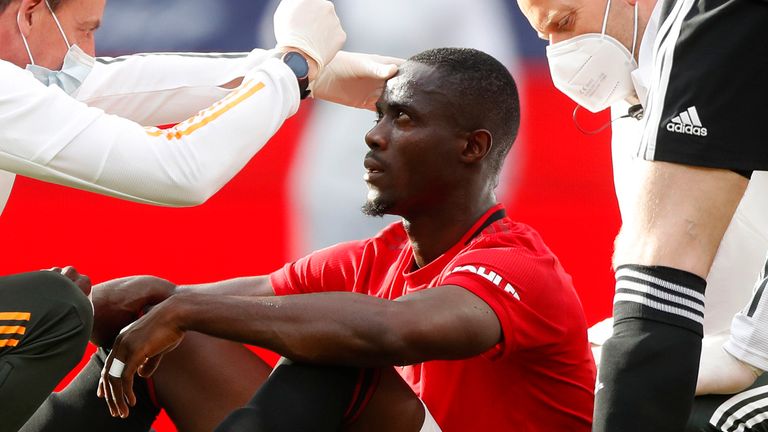 The statement said the conclusions of the expert group would be discussed at the next meeting of IFAB’s football and technical advisory panels on November 23, and that the matter would be reviewed at the organisation’s annual business meeting in December.

Both the Football Association and Premier League have previously expressed interest in trialling additional permanent concussion substitutes, while world governing body FIFA had given the go-ahead for such a trial at the Olympic football tournament in Tokyo, which has now been delayed until next summer.

FA chief executive Mark Bullingham said at the IFAB annual general meeting in February that he preferred a continuation of the three-minute assessment, saying: “The permanent substitute works best provided that there is an assumption that the player goes off.

“Where you may end up in that situation is with what the medical people call false positives.

“You may end up pulling some people off who actually are then determined not to have had concussion. We would rather be on that side of the argument.

“But fundamentally we’re not saying it means less likelihood of players coming off.”