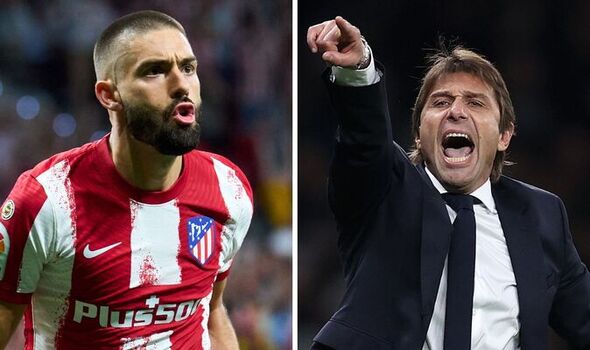 Tottenham are reportedly in the race to sign Yannick Carrasco from Atletico Madrid with the Belgium international feeling ‘entitled to request a review of his contract’. Spurs enjoyed a strong end to the previous campaign and secured Champions League football for next season.

The front three of Harry Kane, Son Heung-min and Dejan Kulusevski played a pivotal role with the trio scoring 13 goals between them in the final five league games. Kulusevski in particular proved to be a shrewd piece of business in January with the winger joining on an initial 18-month loan for just £8.3million with the option to make it permanent for a further £24.9m.

Before the 22-year-old’s arrival, Lucas Moura was the preferred option to start alongside Kane and Son. Steven Bergwijn also featured regularly from the bench, but both players struggled to make an impact when called upon.

Conte wants improved options all over his squad with Tottenham qualifying for next season’s Champions League. And Spanish outlet AS claim Tottenham are ‘exploring’ the possibility of meeting Carrasco’s £51.5m release clause. 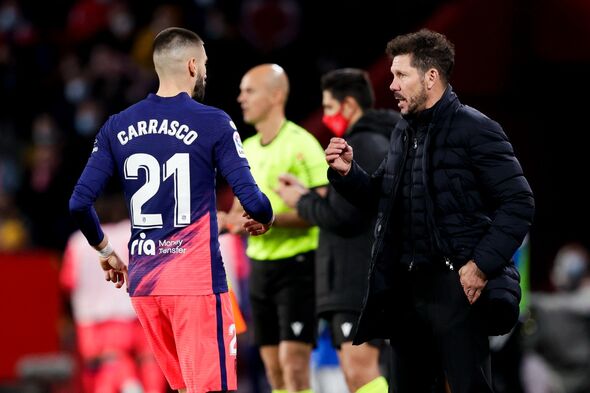 It is said that Spurs have joined Manchester United and Chelsea in the race to try and steal the winger away from Atletico. Diego Simeone reportedly doesn’t want to lose Carrasco, who has been an important member of Atletico’s squad since his return to the club back in 2019.

But the Belgian seemingly wants to be rewarded for his efforts at Atletico with a new contract in line with some of the top earners at the club like Jan Oblak and Antoine Griezmann. The report claims that Carrasco’s representatives are pushing for better terms on his current deal, which is set to expire in 2024.

Carrasco is not said to be pushing for an exit from Atletico, but there is said to be a big push from Premier League clubs trying to sign him. Conte has already added Ivan Perisic to his attacking options this summer, although the Croatia international is expected to play at wing-back.

Fraser Forster has also arrived on a free while Tottenham won the race to sign Yves Bissouma from Brighton in a deal worth £25m. The Tottenham boss still wants to bring in a left-sided central defender, along with another option at right-back.

And their interest in Carrasco hints at Tottenham looking to bring in at least one more attacker before the transfer window closes at the end of August.