Tottenham are ready to ramp up their efforts to sign another player amid a busy summer with Fabio Paratici working hard to bring in Antonio Conte’s transfer targets. The Italian has left for Italy to snap up one that he absolutely loves.

Tottenham chief Paratici has jetted off to Italy in a bid to convince AS Roma to part ways with Nicolo Zaniolo. The Italian adores the forward, who has long been in his sights as a transfer target.

Spurs have wasted no time in bringing in the kind of players that Conte wants to sign with Daniel Levy desperate to match his ambition in the summer market. After clinching the top four, the north London side have a stronger resolve in the transfer window.

They pipped their rivals Arsenal to the spot to play in the Champions League next season while also relegating their nemesis to the Europa League to make it all that bit sweeter. As a result, it has also strengthened their hand when convincing players to arrive at the Tottenham Hotspur Stadium. 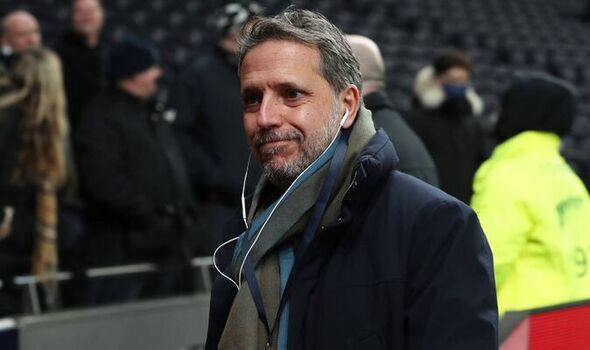 It has already been in force, as well, with Conte’s trusted lieutenant Ivan Perisic arriving from Inter Milan – who helped him win the Serie A title in 2021. Yves Bissouma also has made the move in an exciting move while Fraser Forster has joined as back-up to Hugo Lloris.

But Spurs have not finished yet and are planning an ambitious move for Zaniolo, who has been remarked as one of the top talents in Italy. According to Di Marzio, Paratici has jetted to Rome to engage in talks with Tiago Pinto, Roma’s transfer chief.

Snapping up the 22-year-old would be a massive signal of intent from Tottenham, who are desperate to launch a lofty title challenge next season. It is further reported that Paratici loves Zaniolo and would do anything to bring him to the Premier League.

The Italy international has had some horrid luck with injuries but there is no denying his talent while many in his homeland regard him as their next top talent. He has made nine caps for his country, scoring twice.

Paratici has other business in Italy, as well, and will meet with Sampdoria to discuss a loan move for Bryan Gil. The winger spent the latter half of last season at Valencia but Spurs want him to develop in Serie A next.

Another Roma transfer could involve Joe Rodon, who could be used to sweeten a deal for Zaniolo as Jose Mourinho is a big fan of the Welshman. A loan move has been mooted as he looks to garner more first-team football.