Thiago Silva appears in Chelsea colours for the first time

There was a new face at Cobham on Wednesday as Thiago Silva finally joined up with his Chelsea team-mates for the first time.

The 35-year-old Brazilian defender has signed a one-year deal at Stamford Bridge after calling time on his time at Paris Saint-Germain.

Silva made 315 appearances for the French champions over an eight-year stay in the capital. 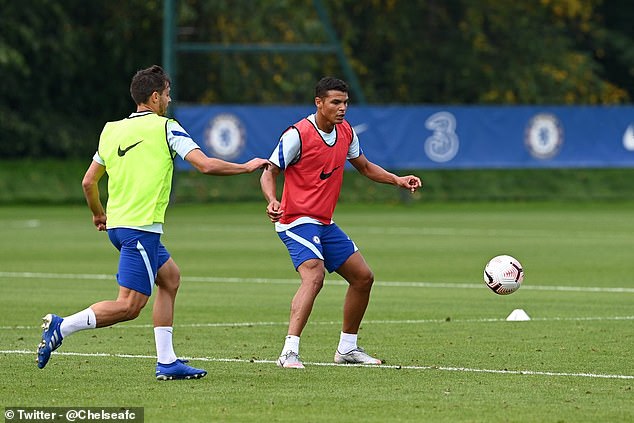 He appeared in training with his new colleagues, taking part in small-sided matches and other drills.

Alongside him was Ben Chilwell, who has missed the start of Chelsea’s season with injury.

The full back joined from Leicester City in the summer in a £50million deal but has struggled with a heel injury he picked up towards the back-end of last season. 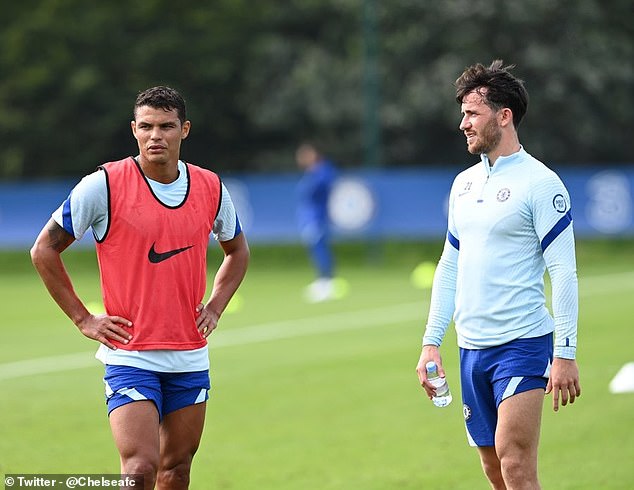 He is now back in training, and could be in line for his debut in the coming weeks.

Chelsea began their season with a 3-1 victory over Brighton on Monday evening.

Frank Lampard’s men take on Liverpool at Stamford Bridge this Sunday at 4.30pm. 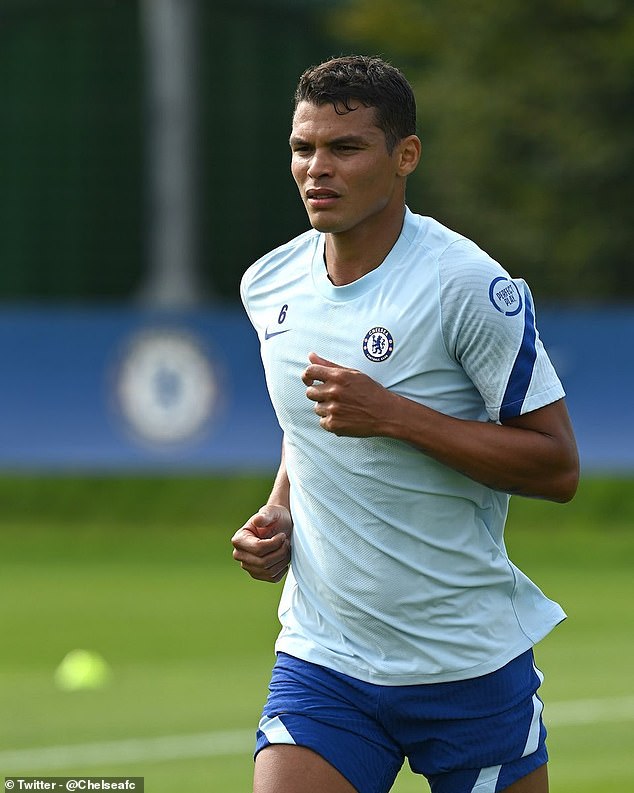 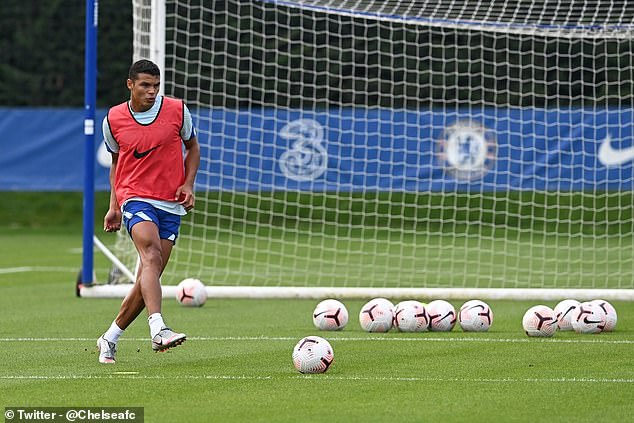 EFL clubs could stop playing in weeks unless they get bailout