Thiago Alcantara ruled out for ‘several weeks’ by Bayern Munich

Bayern Munich’s Thiago Alcantara will be out for several weeks after suffering an ankle injury.

The playmaker picked up the injury in Bayern’s 2-1 German Cup second round victory over amateurs SV Roedinghausen on Tuesday.

The Spain international, who had played in all but one of their 15 matches in all competitions this season, had to go off in the 75th minute after tearing a ligament and suffering further damage in his right ankle following a foul. 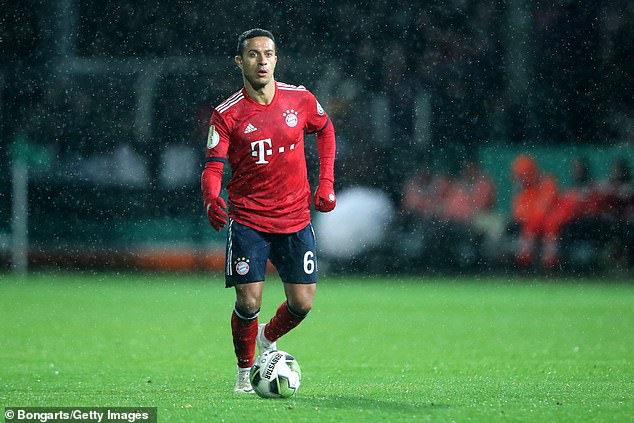 ‘Bayern will be without Thiago for several weeks,’ the club said in a statement after the player’s medical examination.

Thiago joins Corentin Tolisso and Kingsley Coman on the sidelines, with the German champions having a busy schedule in the coming weeks. 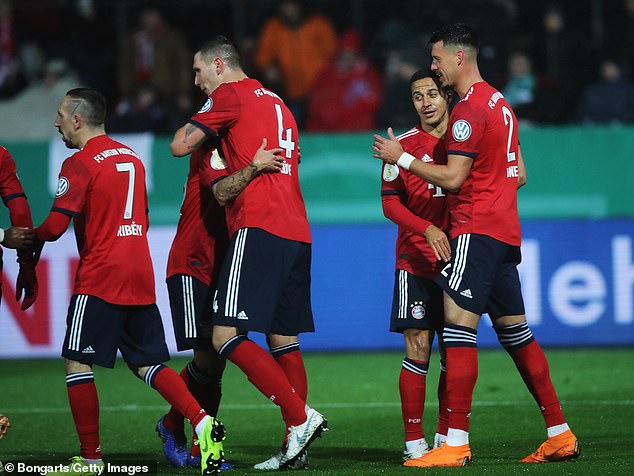