Strasbourg 2-1 Monaco: Thierry Henry loses first game in charge as his side slip further into the relegation zone

Thierry Henry endured a miserable first match in charge of Monaco as his side slumped to a 2-1 defeat at Strasbourg which drops them to second from bottom of the Ligue 1 table.

Henry spoke of his desire to restore belief in a side that has now won just once in 10 domestic starts this season, but goals from Adrien Thomasson and Lebo Mothiba shattered his high-profile return.

Monaco were forced to battle for the last 24 minutes with 10 men after the sending-off of Samuel Grandsir and Youri Tielemans scored an injury-time consolation from the penalty spot. 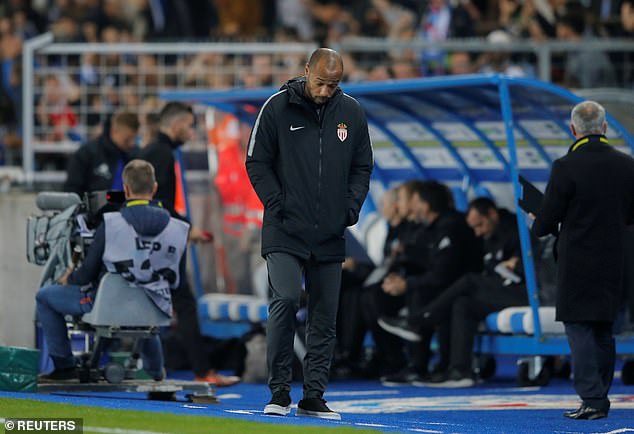 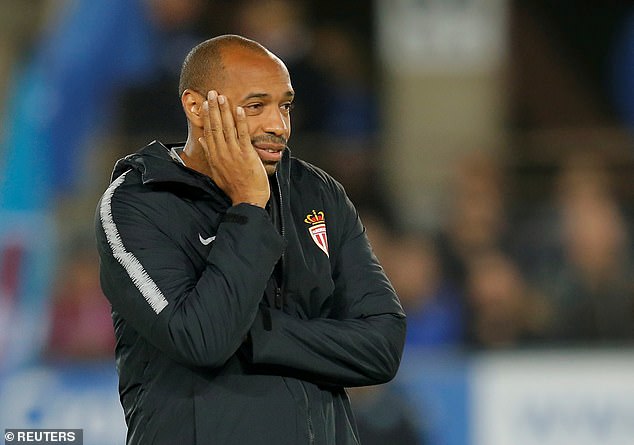 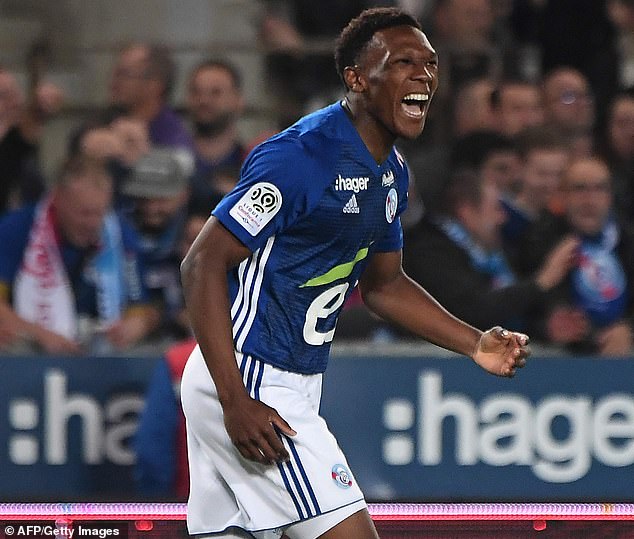 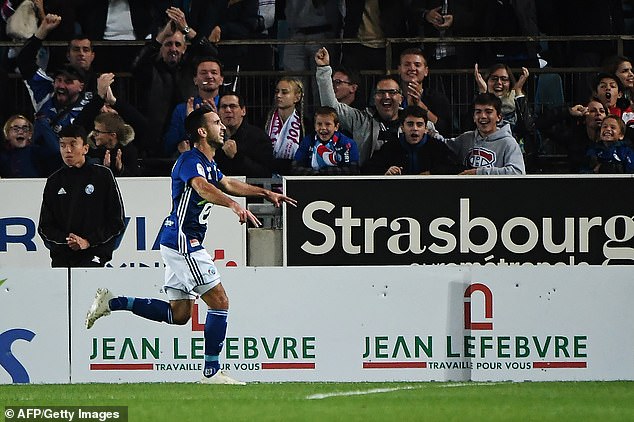 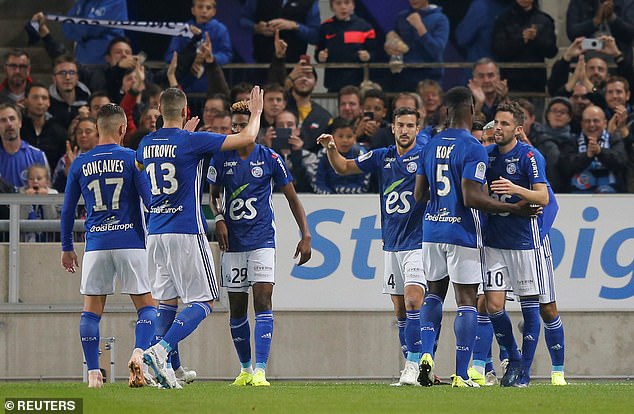 Henry sought to make an immediate impression with four changes for the trip to the Stade de la Meinau and they made most of the early running against their mid-table opponents.

Stevan Jovetic fired a dangerous free-kick which was well saved by Strasbourg goalkeeper Matz Sels in the 16th minute, but Monaco’s fragile confidence would take a blow moments later.

A swift Strasbourg counter-attack ended in Thomasson placing a weak header through the hands of the returning Seydou Sy, who should have done better with the effort. 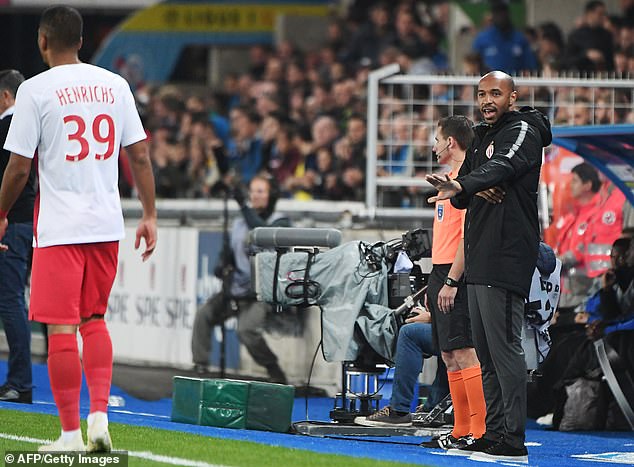 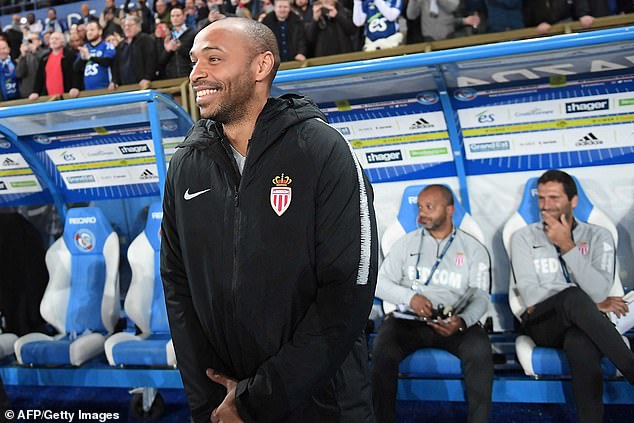 Monaco captain Radamel Falcao had an effort ruled out for offside shortly before he was forced off injured, but the visitors still showed plenty of intent, with Moussa Sylla bringing another good save out of Sels.

Henry will have had few harsh words at the break after a promising first-half display, which concluded with Alexandr Golovkin just failing to connect with a Jovetic cross in front of goal.

Strasbourg were clearly clinging on to their lead and the Monaco pressure continued early in the second period, with Kamil Glik coming close before substitute Grandsir was dismissed for a high tackle on Anthony Goncalves.

Grandsir’s red card changed the momentum of the game and Strasbourg effectively sealed victory on the counter attack six minutes from time, when Mothiba chipped Sy for his sixth goal of the season.

The first goal of Henry’s reign arrived deep into injury time with Tielemans’ spot-kick, but it will have come as scant consolation for the Arsenal great who now knows the size of his task. 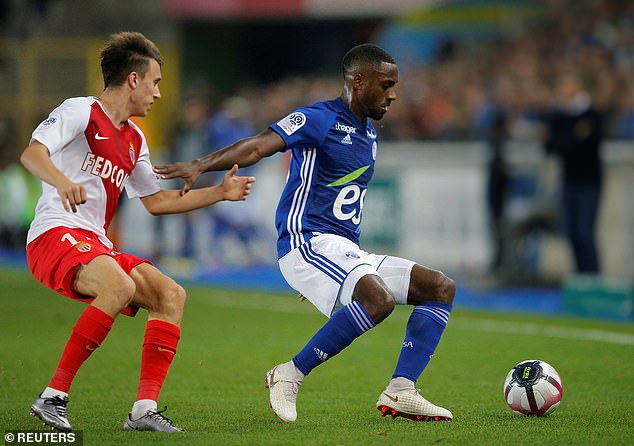 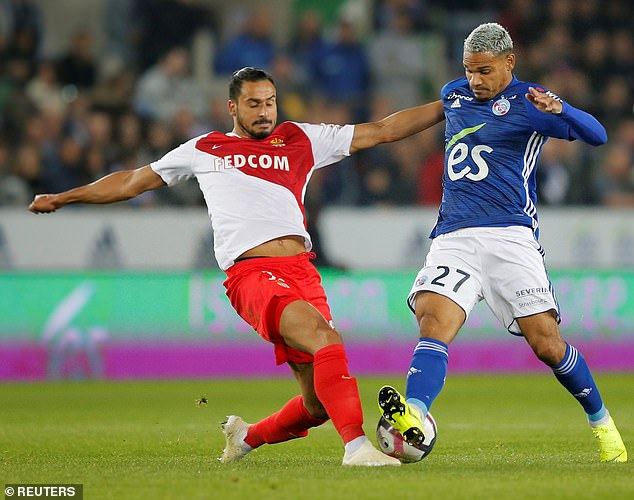