Barcelona youngster Ansu Fati has been issued an apology by Spanish news outlet ABC after his pace was compared to that of a ‘black street vendor fleeing the police’ following the club’s Champions League win on Tuesday.

The 17-year-old impressed at the Nou Camp in the 5-1 rout over Ferencvaros, and even scored the second goal, but the evening was marred by the publication’s choice of description in their match report.

The comment quickly sparked fury online, including among Fati’s team-mates, and the journalist responsible has now penned a public apology. 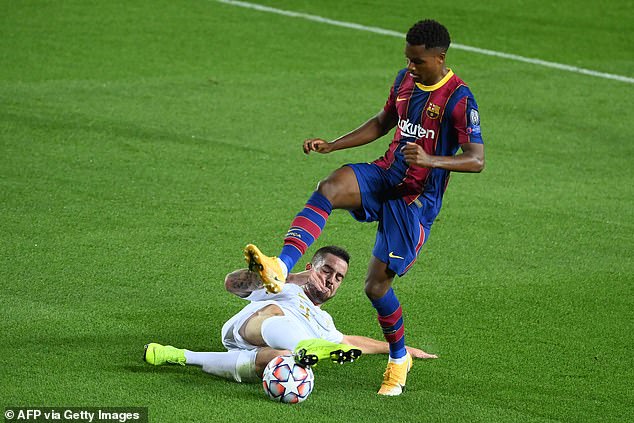 The match report said: ‘Ansu in full flight has something of a gazelle about him, of a very young, black street seller that you suddenly see running along Paseo de Gracia when someone shouting “water, water” (to warn other street sellers) announced that the local police have arrived.

‘Now this kind of thing does not happen, because, for Ada Colau (the left-wing mayor of Barcelona), the criminals are the police and not the street sellers, who no longer have to run away. It is also true that without tourists, business is rather weak.’

In response to the widespread condemnation of the reference in question, Salvador Sostres said: ‘As I attempted to highlight the beauty of Ansu’s movement, and his class as a young player, some expressions were interpreted as racial discrimination. 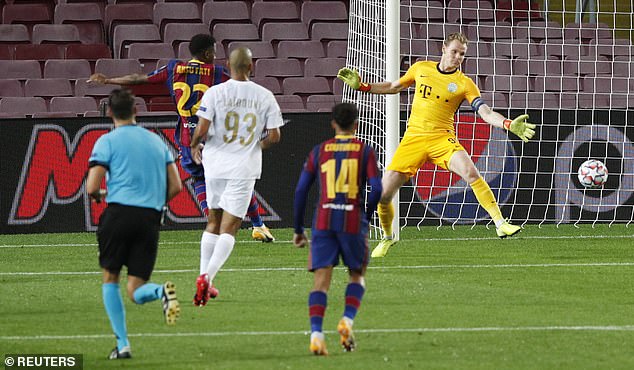 ‘That could not be further from my intentions, or opinions, which are very favourable towards the player, as I have always expressed in my match reports since he made his debut.

‘I deeply apologise for the misunderstanding and to those who may have been offended.’

Fati became the first player under 18 to score two goals in the elite European competition – and fellow Barcelona star Antoine Griezmann highlighted the lack of respect shown towards him with a post on social media. 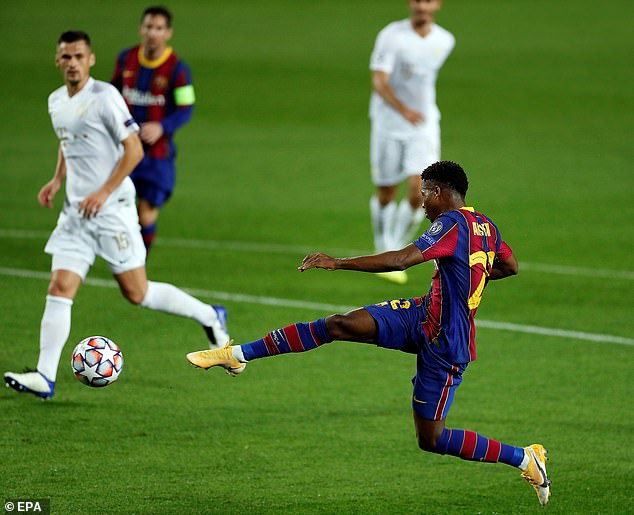 He tweeted: ‘Ansu is an exceptional boy who deserves respect like any other human being. No to racism and no to bad manners.’

The promising Spain international broke into his club’s first-team last season and is their leading goalscorer across all competitions this year.

His goal against Ferencvaros was his fourth of the campaign, and came from a crashing volley after racing on to a ball forward from Frenkie de Jong.

No. 12 Indiana QB Penix tears ACL, out for year