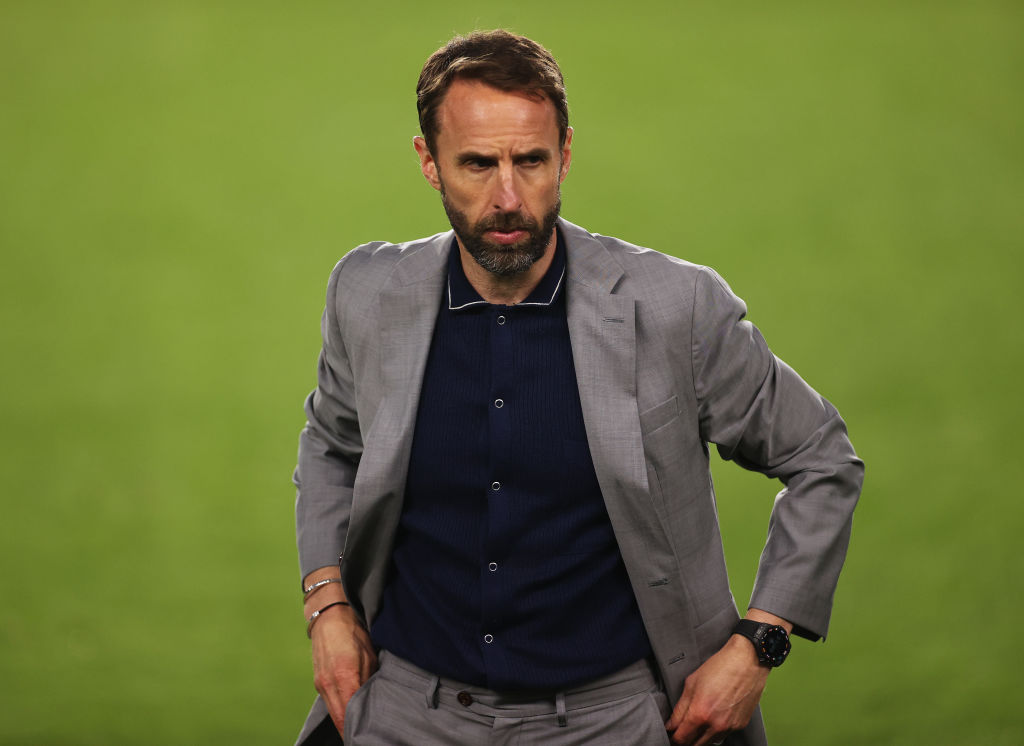 Gareth Southgate says ‘some people aren’t quite understanding the message’ as some fans booed England players taking the knee on Wednesday night, while Jack Grealish says he doesn’t ever want to hear it happen again.

England and Austria players took a knee ahead of their friendly at the Riverside Stadium, Middlesbrough on Wednesday and were met with some boos, along with a decent amount of applause as well.

The boos were clear, though, and Southgate has moved to try and make clear that taking the knee is simply an anti-racism message, not a political one, and that fans should get on board.

‘I did hear it,’ Southgate said of the boos. ‘It is not something on behalf of our black players that I wanted to hear, because it feels as though it is a criticism of them.

‘I think we have got a situation where some people seem to think it is a political stand that they don’t agree with. That is not the reason the players are doing it. We are supporting each other.

‘So, I was pleased that was drowned out by the majority of the crowd, but we can’t deny the fact that it happened.

‘I think the most important thing for our players to know is that all their team-mates, all the staff, are fully supportive.

‘I think the majority of people understand it. I think some people aren’t quite understanding the message, and I suppose we are seeing that across a number of football grounds at the moment.’

Grealish was one of the standout players on Wednesday night and looked angry with what he had heard when asked about the boos after the match.

‘I obviously was aware of it,’ said the Aston Villa captain. ‘I heard it and I didn’t like it at all. None of the players liked it.

‘I think that will get talked about in the next few days. It’s a thing we don’t want in football in general and especially in our games.’

Bukayo Saka scored the only goal of the game against Austria and he was baffled by the actions of some fans, saying he couldn’t understand why anyone would boo and the fans are the ones to ask why that is what they did.