Solskjaer and Guardiola both quizzed on potential Harry Kane transfer

Premier League giants Manchester United and Manchester City both dropped points on Tuesday, leaving their managers in no mood to discuss the potential transfer of Tottenham striker Harry Kane.

The England captain has been linked with both clubs, and rumours were sent into overdrive following reports Kane has told Tottenham he wants to leave this summer.

It was suggested United’s interest in Kane, 27, could be affected after Edinson Cavani recently signed a one-year contract extension at Old Trafford.

However, Ole Gunnar Solskjaer hinted to the contrary after the Uruguayan scored in their 1-1 draw at home to Fulham: “We're looking to strengthen the squad this summer. Of course there's many things you have to consider when putting a squad together. I'm not saying if Edi stays that means someone else in a forward position won't come in.” Asked about a possible move for Kane specifically, the Norwegian added: ”I can't talk about other players in other teams. I think you know me well enough and I don't think that's very respectful of any team, any players. There's loads of good players out there. I could say (Lionel) Messi is interesting, (Cristiano) Ronaldo. But I can't talk about them.”

Cavani scored a controversial 10th Premier League goal of the season as fans returned to Old Trafford, with room to argue the 40-yard strike should have been ruled out for offside.

Joe Bryan went on to equalise for relegated Fulham in the 76th minute, but Leicester’s 2-1 loss at Chelsea later on Tuesday meant United are guaranteed to finish second behind City. Pep Guardiola was even less eager to discuss transfer targets after his side surrendered a two-goal lead to lose 3-2 in their visit to Brighton, where Joao Cancelo was sent off after 10 minutes.

The Athletic’s Sam Lee quoted the Catalan when asked if he’d like to sign Kane during his post-match interview, with Guardiola replying: “Next question please. He’s a Tottenham Hotspur player.”

The Mirror reported Kane has ‘set his sights’ on a move to the Etihad Stadium. As fate would have it, Premier League winners and Champions League finalists City could be in a place to accommodate the striker when Sergio Aguero leaves this summer. 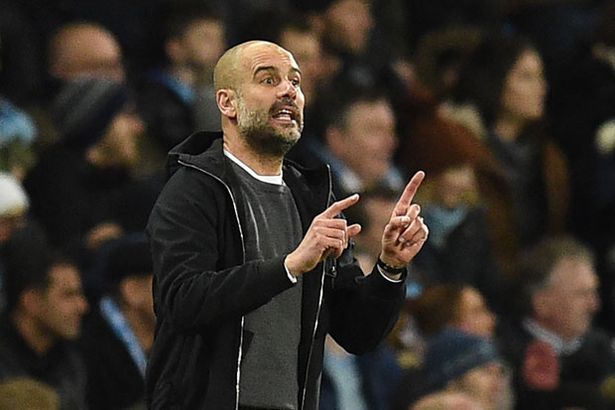 It’s understood the Tottenham talisman—who is contracted in north London until 2024—wants to remain in England, which could present a big problem for Spurs chairman Daniel Levy.

Kane is likely to have his pick of destinations if he does intend to move, though the mechanics of a transfer likely to cost nine figures could prove tricky.

Both Manchester superpowers are well in the running for the Premier League’s joint-top scorer this season on 22 goals, although Chelsea are also said to be interested.