‘I’m very happy but this was all about the players’: Santiago Solari heaps praise on Real Madrid team following Viktoria Plzen victory

Real Madrid interim boss Santiago Solari insisted the Champions League hammering of Viktoria Plzen was about the players rather than him.

Real have won all three matches since Solari took over from Julen Lopetegui, leading to speculation that his stay in the hotseat may not be temporary after all.

After a sticky opening 15 minutes in which Nacho hit his own bar, Real were rampant in a 5-0 victory. They were four up at half-time thanks to a brace from Karim Benzema and one each from Casemiro and Gareth Bale, with Toni Kroos adding a delightful chip in the second half. 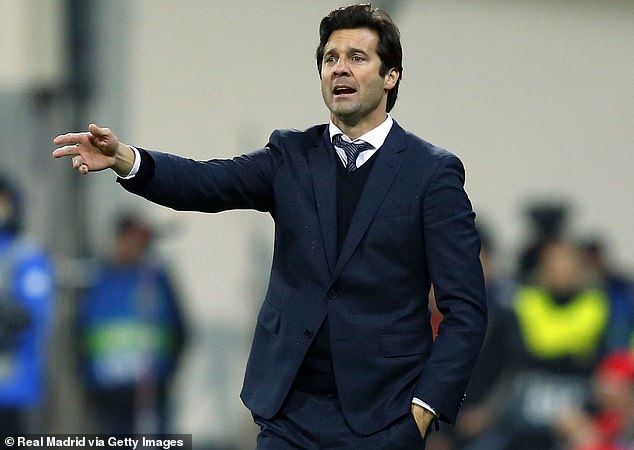 Solari said on uefa.com: ‘It’s impossible to win 5-0 away in the Champions League and not play a great game. I’m very happy but this was all about the players – we have some brilliant players here who have no limits.

‘The players deserve this and focus now switches to the next match. We came into the game fully focused and it showed. We have the players here to score lots of goals and that’s what we did.’

Some of the old Real swagger was evident again, albeit against opponents who allowed the defending champions far too much space in the box and were horribly exposed from set-pieces.

That was most evident for Casemiro’s header, and the midfielder said: ‘It was an important night for us. We’ve scored five times and this result will give us confidence.

‘On other days we created chances like tonight but didn’t take them. Real Madrid is the most demanding club in the world and you always have to win here.’

It was a landmark night for Benzema, whose first goal was his 200th for the club. 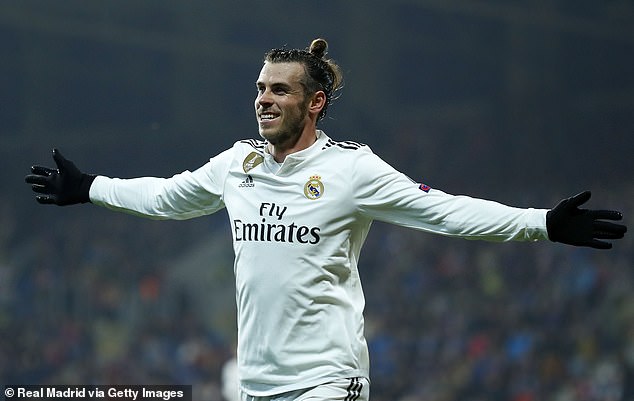 The Frenchman has not always been appreciated by Real’s fans, and he said: ‘I play football to make history. Sometimes people don’t really understand what I do on the pitch. I’m there to help my team-mates as well as score goals. For me the important thing always is winning.’

Plzen were unfortunate to lose at the Bernabeu two weeks ago but found themselves heavily beaten for the second time in the Champions League this season following their 5-0 defeat by Roma.

Defender Lukas Hejda said: ‘Real did not underestimate us from the very first moment and they were a bit more aggressive than in Madrid. We conceded four goals in the first half and the match was over.

‘Real proved their quality. We conceded three goals after set-pieces, which were a bit cheap. But we still wanted to play forwards, did not want to only defend.’ 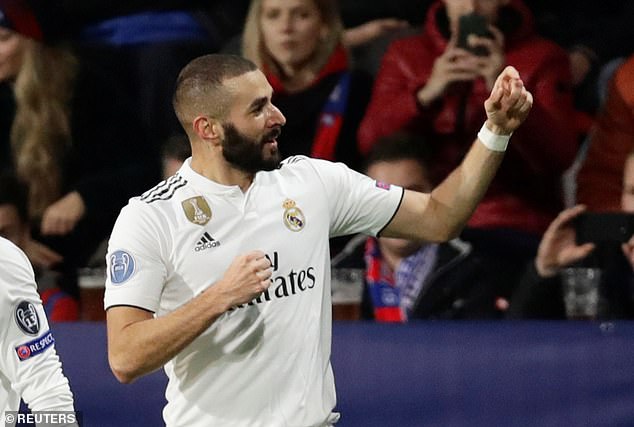 It was a landmark night for Karim Benzema, whose first goal was his 200th for the club