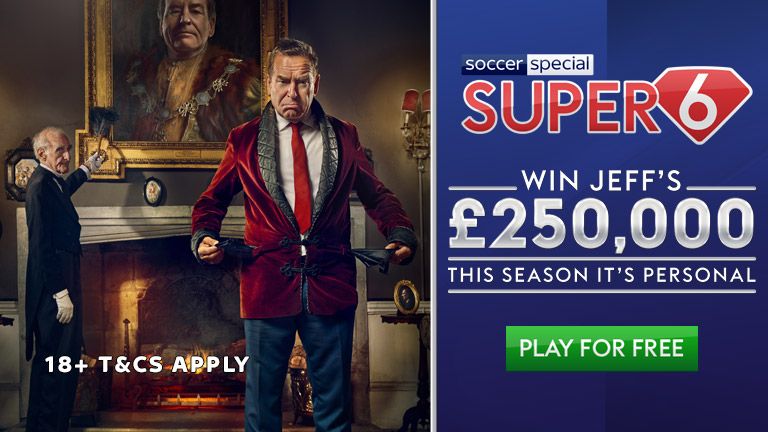 Another Super 6 £250,000 jackpot is there for the taking and we’ve compiled a stat pack to boost your chances of winning the prize.

Jeff Stelling managed to keep hold of the £1m up for grabs last weekend, but can you predict the six correct scorelines to take £250k from him?

The popular free-to-play game has seen £1.75m given out to winners so far. Check out these key stats for Wednesday’s Champions League matches to help you call the scores…

Key stat: Barcelona are unbeaten in their last 27 home Champions League matches, winning 25 in that period, while Inter have won only one in six matches against the hosts in this competition.

Form: The home side top the group after two wins out of two, scoring four goals in each of their matches against PSV and Tottenham. The Italian side also boast the same record, though both of their results ended 2-1 against the same two teams.

Main men: Luis Suarez has four goals and assists for the Catalan side in their domestic campaign, while making one in the European campaign too. Mauro Icardi netted the winner to complete Inter’s comeback against PSV, while also striking against Spurs, contributing to 50 per cent of their goals in the Champions League.

Key stat: Liverpool have not lost in 16 home matches in major European competitions, while Red Star Belgrade have only one win in nine away matches against English opposition.

Form: Jurgen Klopp’s men have had an inconsistent start, dispatching PSG 3-2 in the last minute, before losing to Napoli late on. Red Star Belgrade earned a valuable point at home to Napoli though they endured a 6-1 thumping at the hands of the French champions in their last Champions League outing.

Main men: Roberto Firmino has directly contributed to 18 goals in the competition, 11 goals and seven assists, since the start of last season, bettered by no other player but equal to Cristiano Ronaldo. Richmond Boakye has struck five goals in four appearances for the Serbian side, including a brace in his last league match. Key stat: The visitors have only mustered one win in four against Dortmund, drawing once and losing twice, although the Spanish side have only lost three times in 25 Champions League group games, keeping 16 clean sheets in that time.

Form: The Bundesliga side have registered two wins from their opening two matches without conceding a goal. Diego Simeone’s squad have also earned two consecutive wins, seeing off Cub Brugge last time out.

Main men: Paco Alcacer has notched seven goals in his last four games in all competitions and recorded a brace against Monaco in the German side’s last Champions League game. Diego Costa has been directly involved in 11 goals in as many matches for Atletico, while he only scored and assisted twice in 15 appearances in the competition. 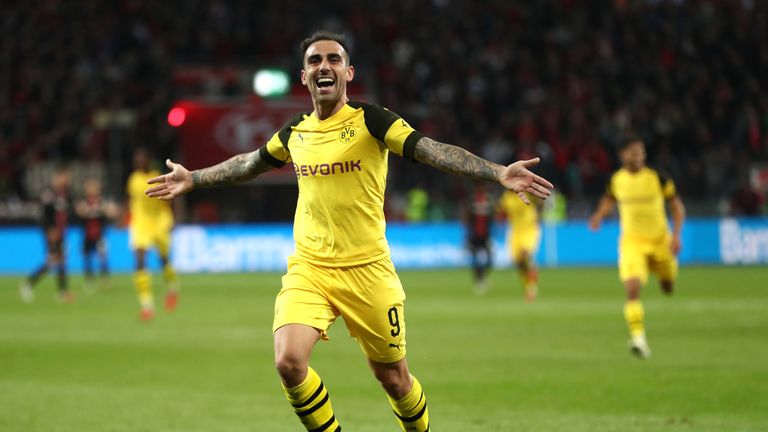 Key stat: The Turkish team are undefeated in three homes games in this competition, while Schalke’s 2-3 defeat to Galatasaray is their only European defeat to a team from that country.

Form: The hosts made light work of Lokomotiv Moscow by recording a 3-0 win in their first Champions League match, but suffered a 1-0 defeat to Porto the match after. Schalke remain unbeaten after claiming a point against Porto and getting the better of Lokomotiv also.

Main men: Galatasaray midfielder Selcuk Inan has scored in each of his last three Champions League home games. Weston McKennie has found the net twice in his last three matches, including finding the winner against Lokomotiv.

Key stat: Lokomotiv Moscow have lost four of six encounters with Portuguese sides, failing to keep a clean sheet in any of those meetings, while Porto are unbeaten in their last three Champions League matches.

Form: The Russian team have failed to win as they have been handed defeats to both Schalke and Galatasaray, sitting bottom of the group subsequently. Porto top the group after drawing with Schalke and scraping a 1-0 win over Galatasaray.

Main men: Benedikt Howedes will have to use his experienced head to keep out Porto’s frontline. He has helped the home side keep two clean sheets in four matches, while chipping in with an important winning goal during this period too. Up against him will be Vincent Aboubakar, who has hit four league goals in seven matches so far.

Key stat: PSG are unbeaten in their last 19 home fixtures in the Champions League group stages, while Napoli are without a win in their last five away games in the competition.

Form: The French side bounced back from disappointment against Liverpool with an emphatic 6-1 win against Red Star Belgrade. The Serie A runners-up of last season are unbeaten after their impressive 1-0 victory over Liverpool and top the group as a result of the fine start they have had.

Main men: Neymar netted a hat-trick in his last match in the competition against Red Star, while Kylian Mbappe will be keen to get on the scoresheet like he has done in both Champions League matches for PSG. Lorenzo Insigne brags four goals in his last six matches in this competition, more than he had recorded in the previous 15 combined.