Sancho’s wages have tripled at Borussia Dortmund to £2.7m per year

Jadon Sancho’s wages have tripled after flying start to the season at Borussia Dortmund as England star now earns £2.7m per year

Jadon Sancho tripled his wages when he signed a new deal with Borussia Dortmund earlier this month, according to reports in the German media.

The 18-year-old’s electric form this season earned him not only a first England call-up, but also a contract extension.

According to Bild, the new deal lifted Sancho’s earnings to £2.7m a year, three times as much as his previous salary. 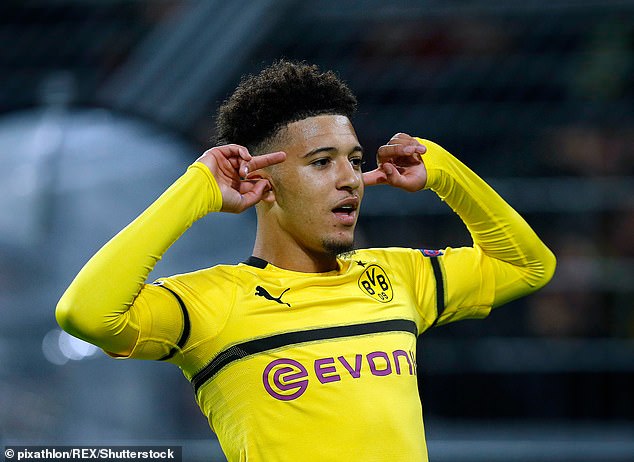 ‘For a player of this quality, that is still a mega-bargain,’ wrote Bild. ‘It is also thanks to Sancho that Dortmund are top of the league.’

The England youngster has certainly been in fine form this term, chalking up five goals and eight assists in all competitions. He is also the most prolific assist-provider in the Bundesliga, having assisted six goals in the league so far.

As well as inflating his real-world wages, Sancho’s form has also seen his value increase. Respected website Transfermarkt recently revised his value to £40m (€45m), making him ‘the most valuable 18-year-old in Europe’ by their calculations. 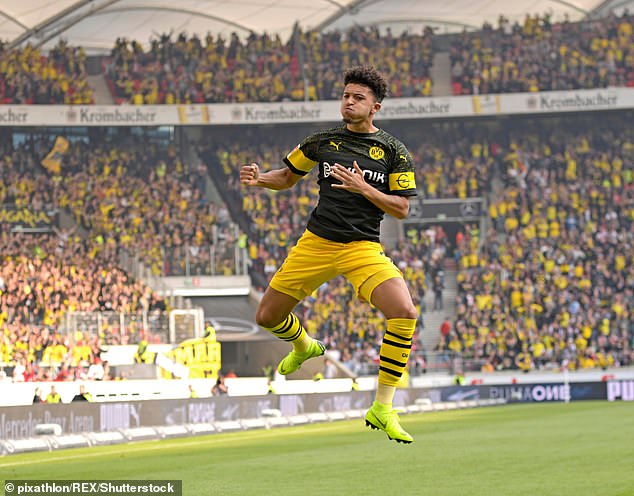 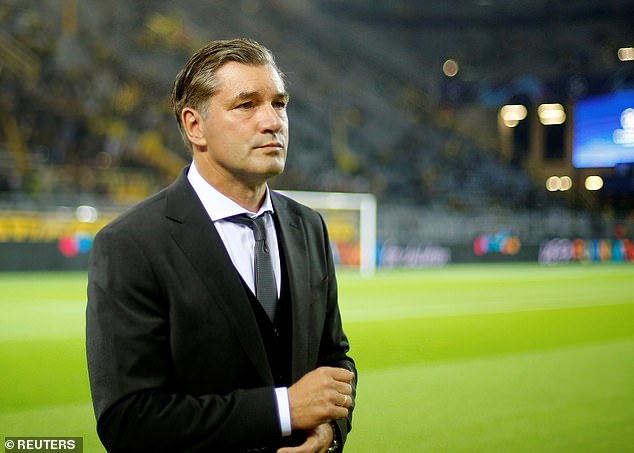 Dortmund sporting director Michael Zorc recently told Bild that he thought the contract extension was more than just a formality, and that Sancho would remain in the Bundesliga for some time.

‘I’m pretty sure that Jadon will be playing for us for some time, and I have my reasons for that,’ said Zorc.

Sancho, who grabbed both goals in Dortmund’s 2-2 draw with Hertha Berlin at the weeken,d will be hoping to retain his spot in the starting line-up when the capital’s other side, Union Berlin, arrive for a second round German Cup tie on Wednesday evening.

The tie against second-tier Union is a potential banana skin for Dortmund. The Berliners are unbeaten this season and took Dortmund to penalties when they visited the Westfalenstadion at the same stage of the competition two years ago. 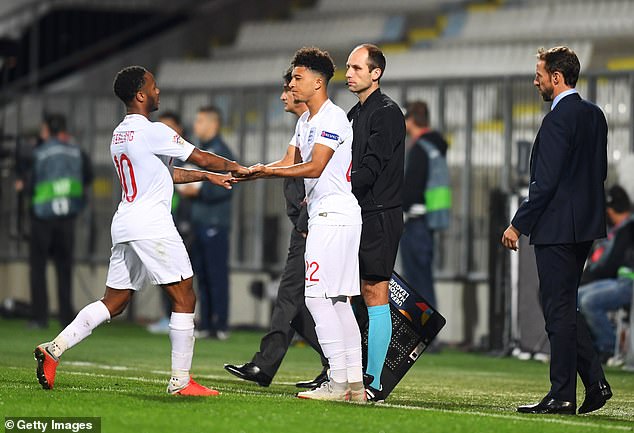