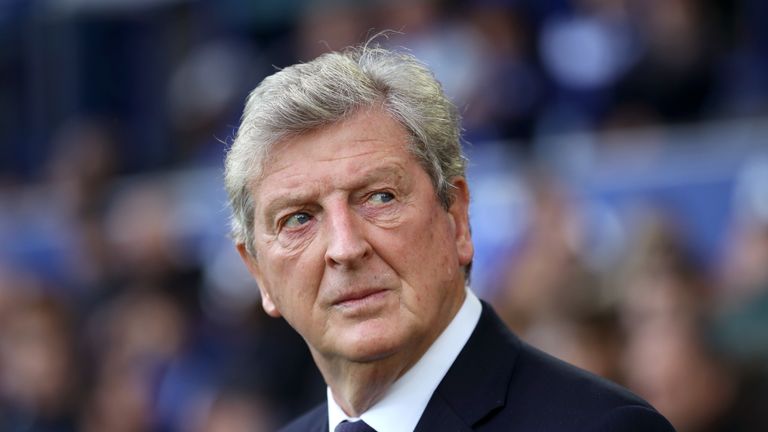 Roy Hodgson feels Crystal Palace have been unlucky in many games so far this season but is proud of the “courage” his team has shown.

A 2-2 draw with Arsenal at Selhurst Park on Saturday means Palace are winless in their last five league games and they sit 14th in the table, three points above the relegation zone. But Hodgson believes that position does not reflect his team’s performances and feels they were unlucky not to win against Arsenal.

“Confidence demands a lot of courage,” Hodgson told Sky Sports News. “You have to have the courage to play football. I think we have done that this year.

“We have not maybe got as much to show for it as we would have liked but I think the courage to play and the desire to play has always been there and as a result has bred a certain amount of confidence.

“Now you have to be careful because confidence gets knocked by the fact you don’t take the number of points you should take.

“But you need to some extent to divorce the number of points you take from performances.

Signs of hope for Palace

“If performances are good and you have been a bit unlucky to lose you shouldn’t really lose confidence in the way you are playing or what you are doing.

“It was particularly satisfying on Saturday that the performance was good once again against a top team but this time we came out of it at least with one point.

“I think many people agree with me that we could have had all three.”

Palace face another difficult test on Sunday when they travel to face Chelsea, live on Sky Sports, and Hodgson has been stressing the importance of belief and work rate to his players.

“That will be equally as tough as the Arsenal game,” Hodgson said. “We are talking about teams that have got very, very players.

“They are all very well organised these days and of course they are all sitting very comfortably at the top of the table with a lot of points behind them.

“So we know it is going to be very, very difficult for us. I don’t differentiate between these top teams. They all pose different problems but those problems are hard to surmount because of the quality of their play and organisation.

“All we can do is try and make certain that the things we did Arsenal in the last game, we reproduce that, that outwork rate remains very, very high and that we keep believing in what we are doing.”