After a tough start, Declan Rice is starting to catch the eye for West Ham… and find out who has made my Premier League team of the week

The first time I saw Declan Rice play in midfield was at Liverpool on the opening day of the season. West Ham were well beaten and after the game I did not think Rice had it in him to master that position.

He could not handle Liverpool’s movement and was dragged all over the pitch. He has since learned from that game and made the position at the base of midfield his own.

Rice may be just 19 but when I watch him now, I see an old head on young shoulders — a player who is towering in the air and not afraid to be aggressive. Mark Noble was waxing lyrical about him when I spoke to West Ham’s captain recently. 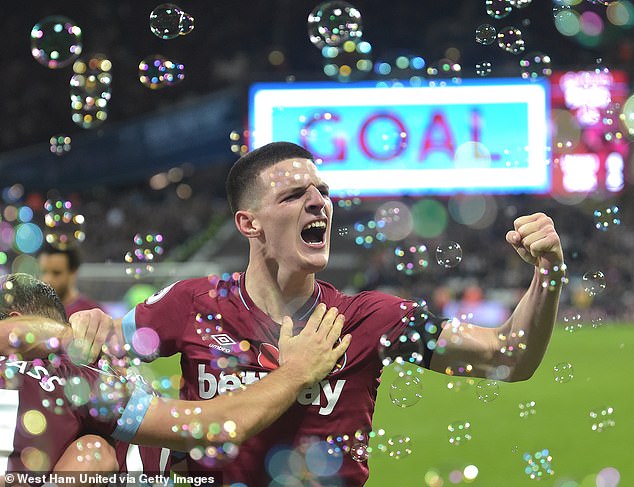 His schooling as a centre back gives him that defensive instinct to snuff out danger whenever West Ham do not have the ball.

During West Ham’s brilliant victory over Burnley he won back the ball 12 times, more than any player on the pitch at the London Stadium.

He has become more disciplined in maintaining his central position and when his team are in possession, he drops back between the centre-halves to allow their full backs to attack. 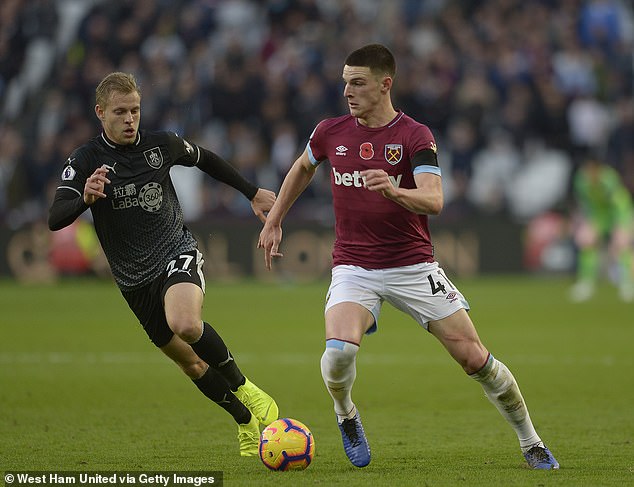 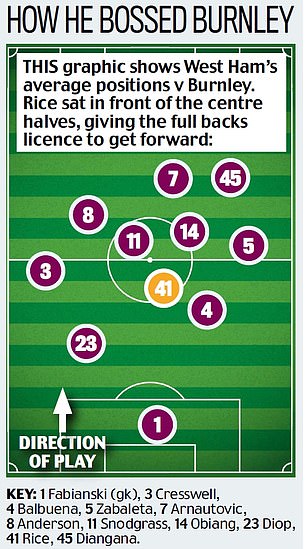 Rice has all the hallmarks of Fernandinho, the anchorman of Pep Guardiola’s Manchester City midfield.

The Brazilian is still performing at the peak of his powers but given he is 33, City will be on the lookout for a long-term replacement.

I would not be surprised if Rice is already on their radar, and plays against them in West Ham’s next home game. It will be the biggest test of his fledgling career.

He has the same attitude as Frank Lampard, Steven Gerrard and John Terry — players who put in the hard yards in training and worked tirelessly to keep on improving.

Gareth Southgate should be banging down his door to convince him to play for England rather than the Republic of Ireland and Rice must also decide whether to sign a new deal with West Ham.

When young players burst on to the scene, it is usually creative players such as Mason Mount and Jadon Sancho who catch the eye. Rice’s future will be just as bright and it is vital that he makes the right decisions for his career. 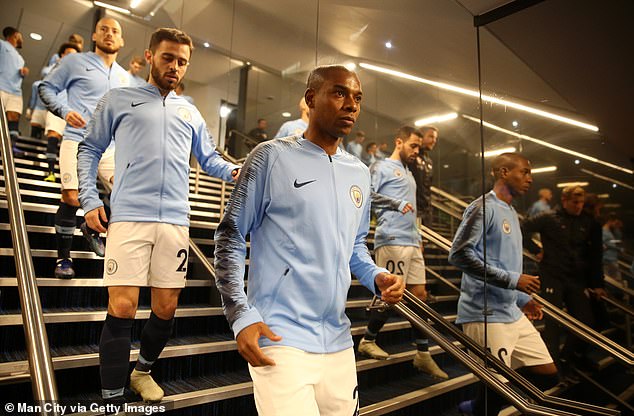 Rice, who is only 19, shares similar traits to that of Manchester City’s Fernandinho

What struck me most about Arsenal’s draw against Liverpool was the Emirates atmosphere. The fans were brimming with optimism and it was a ground transformed.

That is all down to Unai Emery. For the last 10 years, their fans have been crying out for grit and determination in their team. Now, Arsenal do not know when they are beaten.

After conceding a second penalty at Wolves, Juan Foyth will have wanted the ground to swallow him up. It may have been a nightmare Spurs debut but he must view it as a learning curve.

He now knows he needs to work on his body position and how he defends one-v-ones. Iron out those mistakes and he will come back stronger. 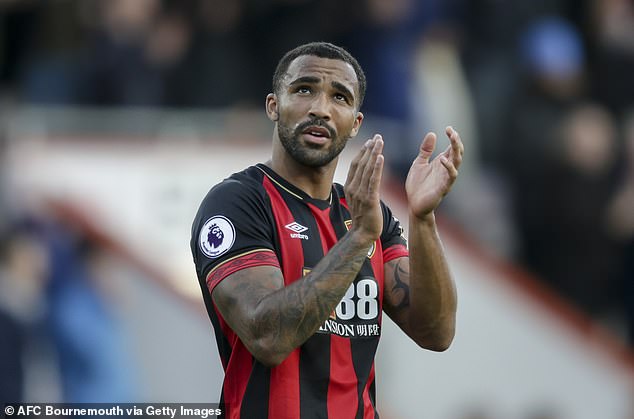 Whatever you may think about Wayne Rooney’s recall for a farewell England cap, there is another striker who I hope Gareth Southgate calls up when he names his squad on Thursday.

Bournemouth’s Callum Wilson is one of the most in-form English forwards. As our table shows, he has been involved in 10 Premier League goals this season — a figure bettered only by Manchester City’s Raheem Sterling.

Pace is key to whether a player can cut it on the international stage. England proved against Spain that they can hurt good sides on the counter-attack with their blistering speed.

Wilson gives defenders nightmares when he runs at them and is part of a team which plays the sort of attractive, attacking football that Southgate wants. England also lack depth up front. I hope his electric start to the season is rewarded with a first call-up.

Everton fans I know are desperate for Marco Silva to sign a striker in January, but they have a ready-made centre forward in Richarlison. He is strong in the air and has a good blend of pace and physicality.

Think of Cristiano Ronaldo and Thierry Henry. They started as wide men before moving into the middle. Richarlison has all the attributes to do the same. 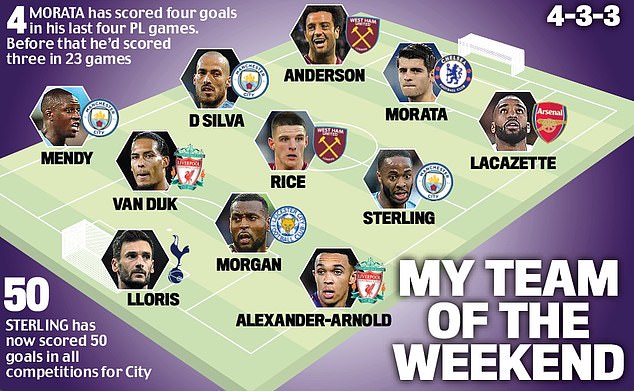