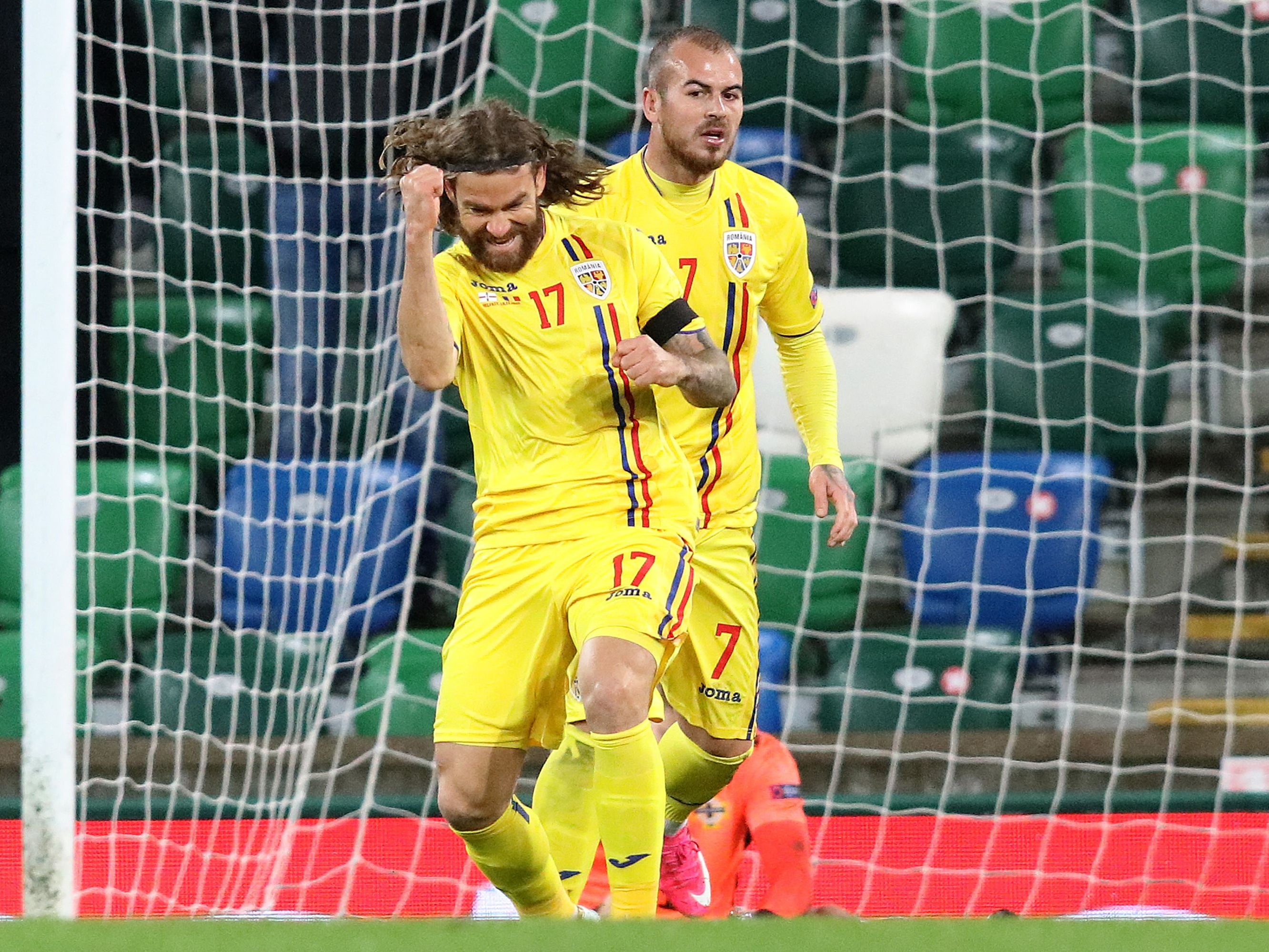 Kennedy carved out a good chance just before the break with his cross from the left finding Boyce, but his header was deflected wide.

The breakthrough came in the 56th minute and it was from a set-piece, albeit a corner that was played short to Michael Smith. The Hearts man crossed to the far post where Boyce forced his way through to scramble the ball over the line.

They almost gave the lead away moments later when Peacock-Farrell failed to collect a free-kick, and the Burnley goalkeeper was grateful Iulian Cristea failed to make contact in front of an open goal.

But Northern Ireland tails were up and Ali McCann was a whisker away from a first international goal as he sent a shot narrowly wide from another Smith cross.

At the other end, Romania had a penalty shout for a potential handball against Cathcart turned down before Peacock-Farrell made a sharp stop to deny Razvan Marin.

Manchester United’s Ethan Galbraith came on to make his debut but within two minutes of his arrival, Romania brought themselves level.

Florin Tanase got away from Ballard on the left and pulled the ball back for Bicfalvi to turn in at the near post and deflate Northern Ireland once again.

Attention will now turn to next year’s World Cup qualifiers, with the page quickly turned on another Nations League campaign to forget.