Real Sociedad midfielder Luca Sangalli was taken to hospital after suffering a mild stroke on Wednesday.

Sangalli had been named in the squad to take on Celta Vigo in the Copa Del Rey on Thursday night.

But the 23-year-old was withdrawn on Wednesday amid reports suggested he was suffering from flu. 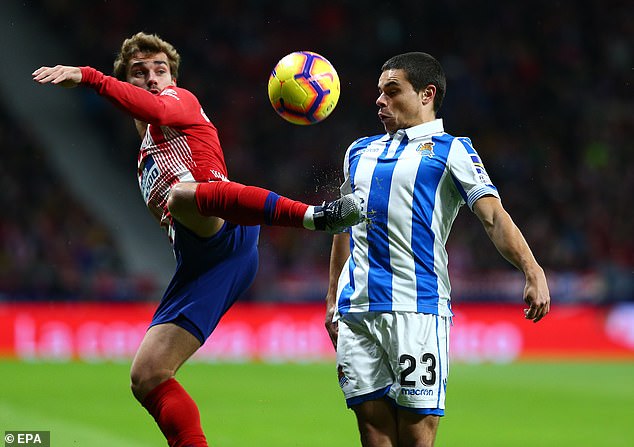 ‘He is currently in the stroke unit of the Donostia University Hospital, where he will be studied.

The Spanish midfielder, who came through the Sociedad youth system, has played in six La Liga games this term following his debut two months ago. 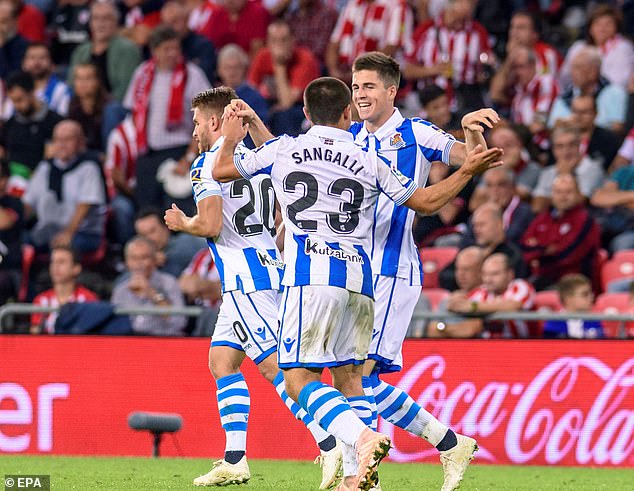 Sangalli (centre) celebrates with teammates after scoring against Athletic Bilbao

The midfielder had scored his first goal in the 3-1 win over Bilbao.